For some, Jerusalem is a longed-for city; for others, it’s daily life. For some it’s a birthplace, and for others Jerusalem is out of reach. Jerusalem is an inspiration, a utopia, and a place of history, religion, and politics, terrestrial or celestial.

Because of the sheer variety of personal interests and emotions associated with this city, the Jewish Museum Berlin decided to share a range of personal and biographical perspectives on the city during a tour of the exhibition.

From November 2017 to February 2018, eighteen people took part in a continuing education project by the HTW Berlin called Team Museum Guide in collaboration with the Jewish Museum Berlin. All participants had personal connections to Jerusalem: some were born and raised up there, others have worked there as a photographer, journalist, or tour guide, or have engaged with the city artistically. A Jew with Ukrainian roots, the leader of a Berlin mosque, a Christian Arabist, and a Muslim Judaism scholar describe Jerusalem’s significance for their own religion or family.

Each tour is unique. Meet two people who will show you the Welcome to Jerusalem exhibition and discuss their highly personal relationships with the city with each other and with you. 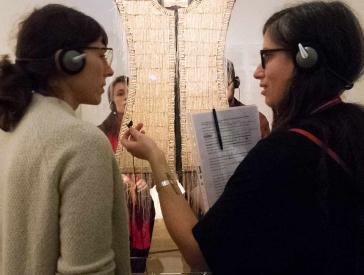 In this project, museum guides with personal connections to Jerusalem have been trained as tandem guides. 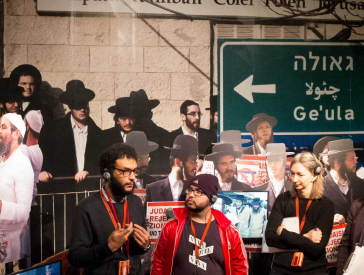 How about more tolerance for ambiguity?