The Jewish Dimension of Comic Art

The exhibition presented the Jewish dimensions of the pop-cultural medium of comics and its history by way of around 300 objects and more than 45 artists. Among these, featuring many original drawings, were old masters like Will Eisner, Joe Shuster, Jerry Siegel, and Harvey Kurtzman along with contemporary artists like Art Spiegelman, Rutu Modan, Joann Sfar, and Ben Katchor.

The Background of the Exhibition

Superman was the work of Jewish artists – so were Batman, Spiderman, and other superheroes of the era. Ever since the comic strip was invented in the immigrant neighborhoods of New York, Jewish artists have played a key part in developing the medium.

In the postwar period, Harvey Kurtzman and his MAD magazine established a new ironic and self-deprecating style. A whole generation of cartoonists was inspired by MAD’s biting satire of politics and middle-class life, and its pastiche treatments of well-known comic-book heroes.

In the 1970s, Will Eisner and Art Spiegelman expanded the sequential art form. Their graphic novels opened up a new form of narrative capable of encompassing historical material and autobiographical memory. They have helped the comic book to gain literary recognition.

The term “graphic novel” describes most comics that are published in book form. However, the choie of the term is not without controversy, as can be seen on Wikipedia:
More on Wikipedia 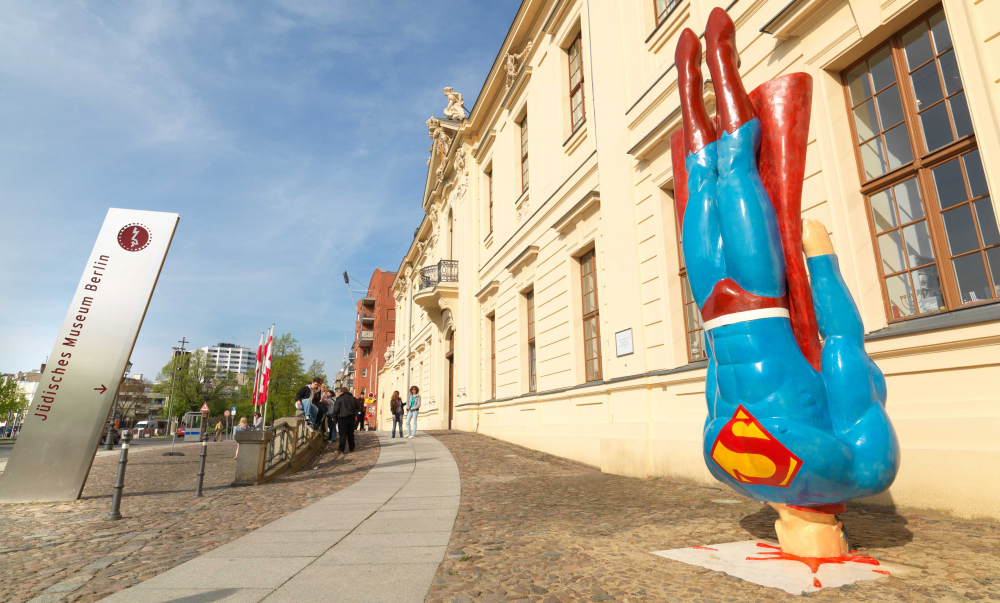 Will Eisner coined the term “graphic novel” with his publication of A Contract with God, and Other Tenement Stories.
More on Wikipedia

Joe Shuster was born in 1941 in Toronto and moved with his family to Cleveland, Ohio, in the USA as a child. This comic artist is known for his creation, together with Jerry Siegel, of the cartoon character Superman.
More on Wikipedia

Jerry Siegel was born in 1914 in Cleveland, Ohio, USA. It was there that he met Schuster, with whom he invented the cartoon character Superman.
More on Wikipedia

American illustrator Art Spiegelman was born in 1948 in Stockholm and immigrated to the USA in 1951 with his parents. At age 12, he was already a fan and reader of MAD. Spiegelman is famous for Maus – A Survivor’s Tale and for some of his cover art for the magazine The New Yorker.
More on Wikipedia

In Maus. A Survivor’s Tale, which was initially published in installments in the comic magazine RAW and later as a graphic novel, Art Spiegelman tells the story of his parents, who were both Holocaust survivors, in comic-form. He received the Pulitzer Prize in 1992 for his work.
More on Wikipedia

The Israeli comic artist Rutu Modan was born in 1966 in Tel Hashomer. She was co-publisher of the short-lived Israeli edition of the magazine MAD and has published a few children’s books and graphic novels.
More on Wikipedia

Ben Katchor was born in Brooklyn, New York City, in 1951 and is an American comic artist. Since the 1980s, he has published works in the comic magazine RAW, among others. In 1998, he came out with The Jew of New York.
Ben Katchor’s Website

This Jewish Museum Berlin exhibition was co-produced by the Musée d’Art et d’Histoire du Judaïsme, Paris and the Joods Historisch Museum in Amsterdam.

The Museum for Jewish Art and History was opened in 1998 in Paris’ Marais district. It is dedicated to the history of Jews in France, Europe, and North Africa from the middle ages until today.
More on Wikipedia
Museum Website (in French)
Museum website (in English) 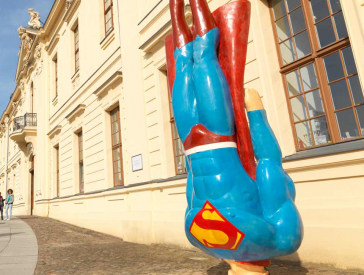 The Jewish Dimension of Comic Art 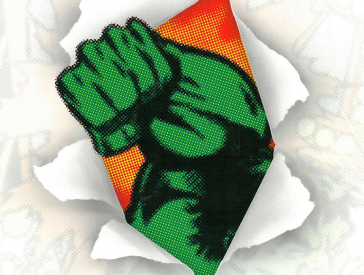