Contributions to the 200th Anniversary

This exhibition at the Jewish Museum Berlin focused on Jews’ contribution to Argentina’s development and growth and was presented by the Organizing Committee for Argentina’s Participation as Guest of Honor at the 2010 Frankfurt Book Fair. Jewish Life in Argentina: Contributions to the 200th Anniversary shed light on the Jewish community’s integration into Argentine society on the basis of a notion of cultural diversity that is a hallmark of Argentina.

The guiding theme for the content and design of the exhibition’s four installations was the medium of the book as a document and symbol for the Jewish contribution to Argentine intellectual life. For example, the installation Bookstore of Memory drew from 200 selected biographies of Argentine-Jewish public figures in telling the story of a country that sees its inhabitants’ cultural and ethnic diversity as the cornerstone of its identity.

An extensive overview of the history of Argentina can be found on Wikipedia:
More on Wikipedia 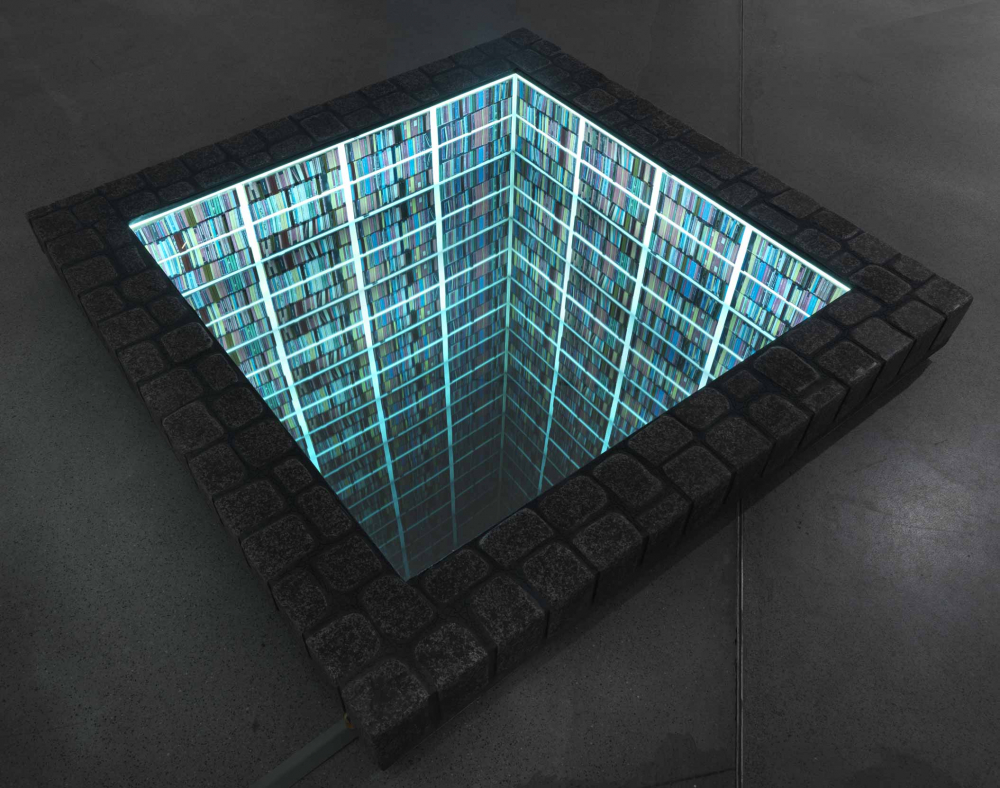 Memorialization from an Argentine-Jewish Perspective

The subject of memory culture was also prominent. From an Argentine-Jewish perspective, the exhibition relates not only to the Jewish Museum Berlin but also to works such as Micha Ullmann’s Book Burning Memorial at Bebelplatz in Berlin and Gunter Demnig’s Stumbling Stones. The exhibition aimed foremost to keep alive memories of the Holocaust, of the Argentine military dictatorship, of the attack on the AMIA Jewish community center in Buenos Aires in 1994, but also of the Jewish community’s contribution to the development of the Argentine nation and society.

The Israeli artist Micha Ullman was born in 1939 in Tel Aviv. One of his works, the sculpture Niemand from 1990, stands along Berlin’s Lindenstraße across from the main entrance of the Jewish Museum Berlin. More information about Micha Ullmann’s life, work, and teaching can be found on Wikipedia:
More on Wikipedia

On Wikipedia you can find information about and photos of Ullmann’s Denkmal zur Erinnerung an die Bücherverbrennung. Those who have the opportunity should visit the memorial in Bebelplatz in Berlin-Mitte, especially at night.
More on Wikipedia

The artist Gunter Demnig was born in 1947 in Berlin. He became well-known through his ongoing project, started in 1992, called Stolpersteine. Ein Kunstprojekt für Europa.
More on Wikipedia

With the project Stolpersteine. Ein Kunstprojekt für Europa, Gunter Demnig commemorates the people who became victims of persecution during the Nazi era. At this point in time, this decentralized memorial extends to almost all European states.
More on Wikipedia

The installations were be flanked by a timeline and films placing Jewish life in Argentina in historical context.

The exhibition by the Organizing Committee for Argentina’s Participation as Guest of Honor at the 2010 Frankfurt Book Fair (the Republic of Argentina’s Ministry of Foreign Affairs, International Trade, and Worship) was produced in cooperation with AMIA (Asociación Mutual Israelita Argentina) and the Embassy of Argentina in Germany.

In this bomb attack on 18 July, 1994 in Buenos Aires, 85 people were killed and 300 were injured. The Asociación Mutual Israelita Argentina (AMIA, en: Argentine Israelite Mutual Association) was completely destroyed as a result.
More on Wikipedia