Kıymet or:
A Cinematic Tribute to My Grandmother

Julia Jürgens
That immigrants from Turkey, Vietnam, Poland, India and Cameroon and their descendants have stories to tell is nothing new—the only new thing is that they are told as German stories. This is exactly what is happening in our series of events New German Stories. In this context, an event with film director Canan Turan took place at the Academy of the Jewish Museum on 8 July 2014, where she presented her film Kıymet, which tells the story of her grandmother who came to Berlin from Turkey in the early 1970s.

On 4 July 2014 Julia Jürgens did a short interview with Canan Turan and asked her the following three questions:

How did the idea to make a film about your grandmother Kıymet come about?

My grandmother is a strong, impressive personality with a history that is not only very dramatic, but also empowering, both for women and people of color. I’d had the film concept in mind for several years. Inspiration came above all from my grandmother’s decision to leave my grandfather, for this step was proof of her great courage and it also encouraged me to take a more emancipated approach to relationships. So it was therefore only a matter of time—and of funding—until I actually shot the film. While studying at Goldsmiths College in London I obtained the necessary structural support and so was finally able to realize the project. 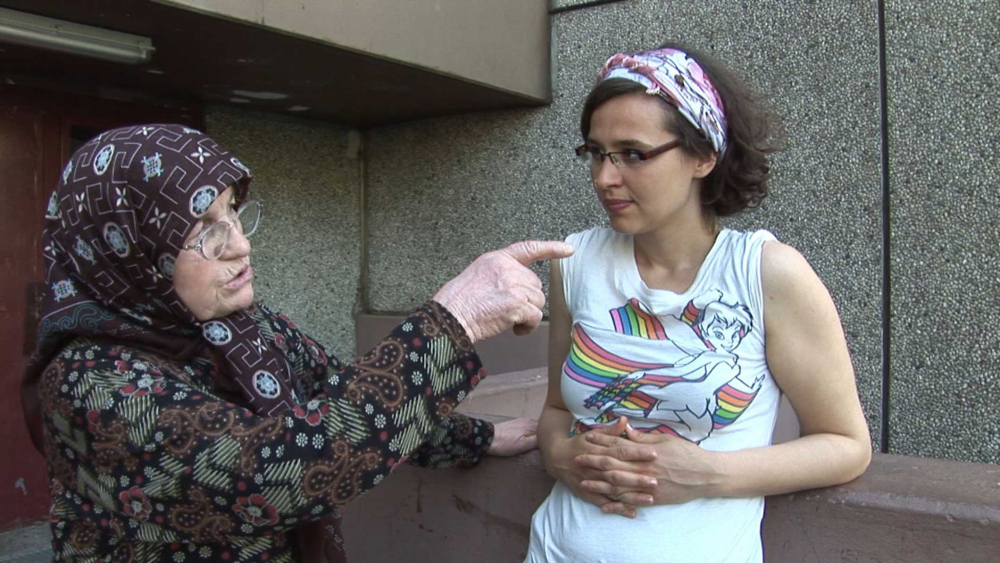 The film paints a very personal portrait. It turns the spotlight on the story of Kıymet and her family, and the violence and suffering she experienced in her marriage. The overall history of immigration from Turkey to Germany is told on the sidelines, so to speak. Why did you choose to approach her biography in this way?

The history of immigrants in Germany is the story of Kıymet or Ahmet, of Emine or Hüseyin, and of all the others who came here because they were no longer able or no longer wanted to live in their country of origin. To try to understand history without recourse to biographies and without appreciating the value of oral history is a very western/European approach, one that edits out people’s personal experience to the benefit of a “master narrative.” Moreover, I believe it is my responsibility as a filmmaker to talk about what I know best, about my own family, for instance. All other approaches harbor the risk of “othering,” of seeking to represent that which cannot be represented. In short: I know and admire my grandmother and I wanted to share her story, a story that simultaneously portrays the life of a remarkable woman and a slice of Germany’s migration history.

From the early 70s onwards, your grandmother fought for workers’ rights and campaigned against racism and discrimination in factories and schools in Germany. In which associations was she active?

My grandma Kıymet became an active member of the trade union IG Metall in 1974. She often talked to me about immigrant workers’ strong involvement there, about how they mobilized for protest marches, campaigns, and the like, and especially for Labor Day on 1 May. In the 80s she worked as a cleaning woman at the Urban Hospital in Berlin-Kreuzberg and was very popular there among her colleagues, the nurses, and the doctors. People knew about her past as a member of the Workers’ Party of Turkey and elected her several times to the works committee. After the death of her eldest son in 1989, my grandmother took early retirement. I am sure she would otherwise have remained politically active for many more years, because she is still a very vigorous woman with an unshakeable commitment to equality and justice. But in recent years she has become more withdrawn, living quietly in her native village community on the Thracian Mediterranean coast. Her hard life as a “guest worker” in Germany and the domestic violence she suffered, the two main reasons for her retreat, have taken their toll—and many other immigrants have suffered a similar fate.

The questions were posed by our colleague Julia Jürgens from the Academy program on migration and diversity.