“We should close this representation gap”

Serpil Polat, Sithara Weeratunga
The first black man in the German Parliament — that’s often how Karamba Diaby is introduced. In his book Mit Karamba in den Bundestag: Mein Weg vom Senegal ins deutsche Parlament (With Karamba to the Bundestag: My Journey from Senegal to the German Parliament) Diaby provides fascinating insight into his life, a story of many toppled prejudices.

He presented his book at the Jewish Museum Berlin on 1 June 2017 as part of the series New German Stories and spoke about his journey from Senegal to East Germany, his experiences after German reunification, casual racism, and the goals and visions he holds as a Member of Parliament.

On 26 May 2017 Sithara Weeratunga and Serpil Polat did a short interview with Karamba Diaby and asked him the following three questions:

Serpil Polat and Sithara Weeratunga: You came on a fellowship to East Germany from Senegal in the 1980s, doing your doctorate on the pollutant load in German allotment gardens. What motivated you to run as a candidate for parliament?

Karamba Diaby: As an adolescent in school and later university I was already involved in social issues. After the premature death of my parents when I was still a small child, my sister (who was 17 years older than I was) and her husband took me in. That family solidarity really shaped me. Years later, after I had been in Germany a long time, a documentary about Willy Brandt came on television on the anniversary of his death. ‘What a politician!’ I thought. My brother-in-law in Senegal used to tell me when I was a young man: “Nothing happens by itself.” And I discovered exactly this same maxim again with Willy Brandt. So that very night I joined the SPD.

Serpil Polat and Sithara Weeratunga: You describe in your book the way your actual core political subjects (youth and social affairs, education and the environment) often get edged out of the spotlight because people focus on your skin color instead: considering this background, how did you come to decide to focus on this subject as well in your autobiography?

Karamba Diaby: Social justice, solidarity, and openness are the topics that I’m most involved in and am also associated with. But in my biography it was about examining a broader range of aspects of my life, to which the focus on skin color also belongs.

Serpil Polat and Sithara Weeratunga: Despite there having been a number of members of parliament in 2013 with (perceived) non-German origins, it was still a sensation that an Afro-German got elected to the Bundestag. In your opinion what’s the origin of this amazement and what role does it play in your electoral district of Halle in Saxony-Anhalt?

Karamba Diaby: Every fifth person in Germany has a history of migration. Among Bundestag members that number is a little different: only every twentieth. So it’s no wonder that some people are surprised when someone with roots in another country makes it into parliament. We should close this representation gap. In an immigration society it should be normal that someone’s national origin doesn’t decide what they can achieve in life. That is just as valid in politics as in the media, management, and culture.

The questions were posed by our colleagues Sithara Weeratunga and Serpil Polat from the Academy program on migration and diversity. They would also like to see more diversity in the Bundestag.

With Karamba to the Bundestag

Reading and discussion with Karamba Diaby (in German) 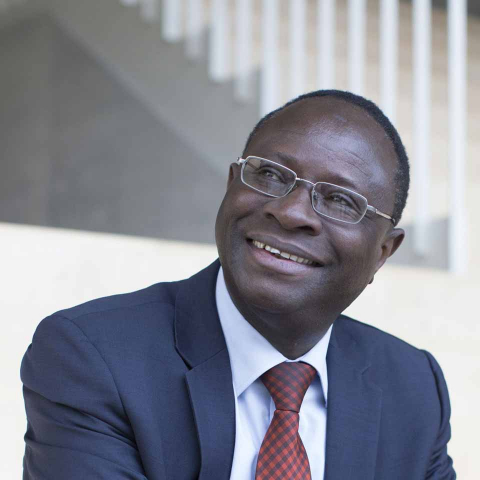