W. Michael Blumenthal was born in Oranienburg near Berlin in 1926 and spent the years from 1939 to 1947 in exile in Shanghai. He advised US Presidents Kennedy and Johnson and served as Secretary of the Treasury under Jimmy Carter from 1977 to 1979. He was Director of the Jewish Museum Berlin from 1997 to 2014. The essays in the tribute volume span eight decades of W. Michael Blumenthal's life.

Friends and companions describe their experiences with their accomplished contemporary and paint a multifaceted picture of the man who is both a proud American and a cosmopolitan with life experience on three continents. Beginning with his childhood in 1930s Berlin in an assimilated Jewish family that was driven out of Germany in 1939, the book proceeds to breathe life into his formative years as an exile in Japanese-occupied Shanghai. After his arrival in San Francisco in 1947, the young Blumenthal seized all the opportunities offered by his new home country. Several years later he was teaching economics in Princeton and became a businessman and politician, ultimately rising to Secretary of the Treasury under President Jimmy Carter in 1977. In the mid-1970s, he took a stand against misguided elitism as a trustee of the Princeton University, advocating equal opportunity for women and minorities. Since 1997, W. Michael Blumenthal has been a part-time Berliner. With charm and perseverance, this "wizard of prudence" (in Klaus Harpprecht's words) managed to make the Jewish Museum Berlin into the largest Jewish museum in Europe and become a driving force in the cultural life of the German capital. Numerous images illustrate the various stages of his life. 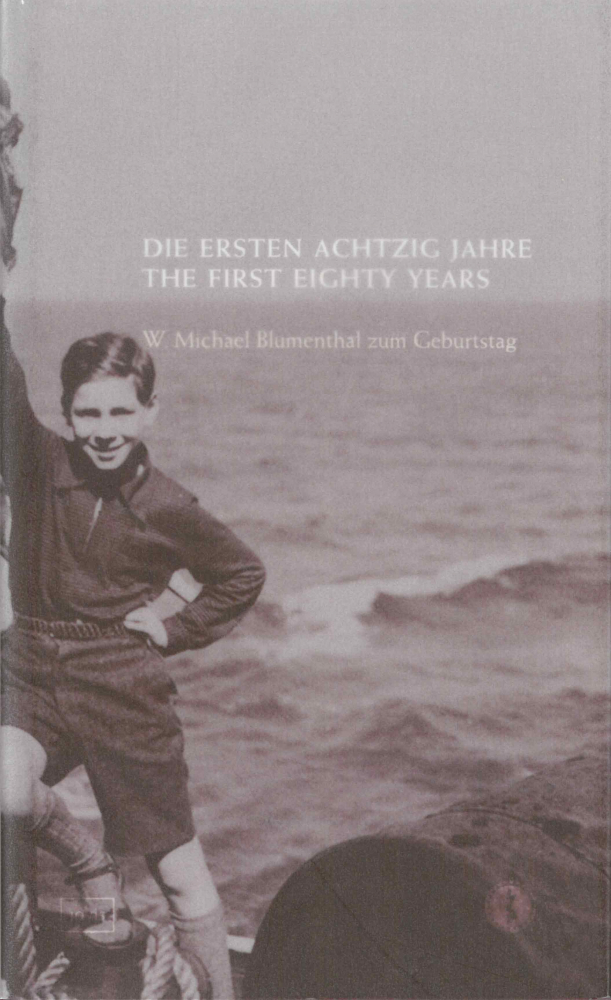 Publications about Our Collections and History