The painting Mine Corinth auf einem Diwan ein Buch lesend (Mine Corinth on a Divan Reading a Book), which has been in the Jewish Museum Berlinʼs collection since 2009, has long raised questions. On closer inspection, it reveals insights into Charlotte Berend (1880–1967) as an artist, and the lifelong interaction between her own work and the oeuvre of her husband, Lovis Corinth (1858–1925).

A Variation on Die Lesende

This painting is a variation on the work Die Lesende (The Reader), painted by Lovis Corinth in 1911. The remarkable similarities between the two works at first raised the suspicion that Berend’s work could be an intentional forgery, but the different format and completely different choice of colors speak to the contrary. What is perplexing and in need of explanation, however, is the retouching at the top left, in the place where Corinth signed his work, and the quite awkwardly engraved signature “Ch BEREND” at the bottom right.

These observations raise several questions: about the course of events leading to the painting’s creation and the revision of its signature, about its authorship and its connection to Lovis Corinth’s painting, the dating, the identity of the subject, and, ultimately, about the artistic intention.

The painting’s provenance corroborated Charlotte Berendʼs authorship, and the originally given date, “around 1930,” also matches the color scheme of her paintings created in this period. The question that does remain, however, is the artistic intention behind this near copy of a portrait of Berend herself painted by her deceased husband. 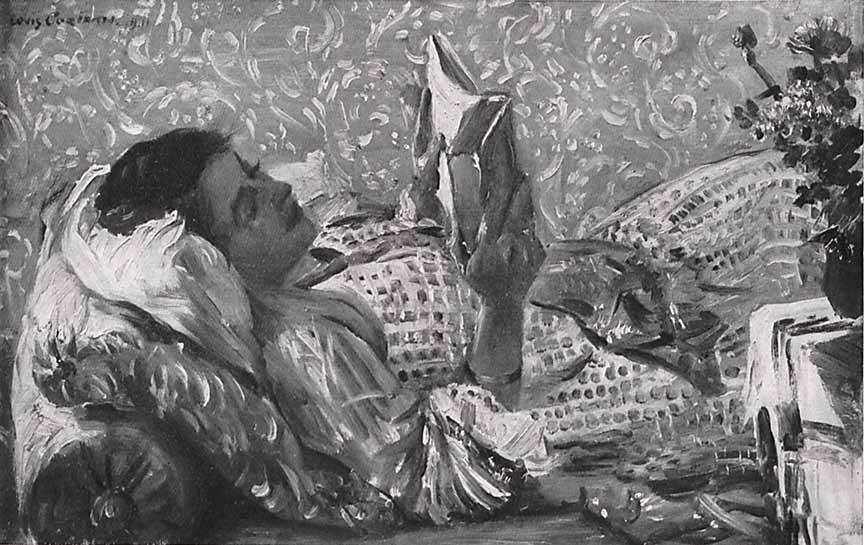 The years in which her variation on The Reader was created were for Charlotte Berend a phase of artistic self-doubt, of experimentation and searching for direction, which found expression in her works as well as in her diary and autobiographical books of remembrance on Lovis Corinth. In them, the narrative time switches between the author’s present and flashbacks into her past with Lovis Corinth. He is her sparring partner, her sounding board and the “mirror of her soul”.

The painting is the pictorial equivalent of these texts, a visual formulation of what she was trying to express through the written word at the same time. Just like in her diaries and dual biographies, in the paintings, too, identification is mixed with self-affirmation, remembrance with the search for an artistic future, appropriation with original creation, shifting between the memory of Lovis Corinth and her own future as an artist.

But questions remain. What might explain the retouching and the carved signature? And how was the subject transformed from “Charlotte” to “Wilhelmine”?

The white frame and the felt-tip pen used for the inscription on the back point to the 1950s/60s. At this time, Charlotte Berend was increasingly returning to her own works to prepare them for exhibition and publication. Presumably, she also took her painting from around 1930 back in hand, and revised the signature – making it impossible to determine what the one at the top left had said originally.

Yet the incisions into the already varnished paint betray a vehemence, which, in combination with the haste – the carelessness, even – with which the retouching at the top left was done, is suggestive of an emotionally troubled mood. But particularly in conjunction with the removal of the painted signature at the top left, the intervention in the painted surface at the bottom right seems to be an ostentatious, irreversible assertion of her authorship.

From Model to Artist

It is similar when it comes to identifying the woman depicted as her daughter Wilhelmine. Naming the subject Charlotte Berend would have made the painting a pure copy – however chromatically different – of the work by Lovis Corinth. By identifying the subject as Wilhelmine, however, it becomes an imaginative appropriation, and thus an autonomous work of Charlotte Berend’s.

The painting Mine Corinth auf einem Diwan ein Buch lesend can be interpreted as evidence of Charlotte Berend’s search for an independent artistic position in her lifelong dialog with the work of Lovis Corinth: as his model in 1911, in imitation and simultaneous differentiation around 1930, and around 1950/60 in the intensive preoccupation with his work and the renewed affirmation of her own artistic identity. 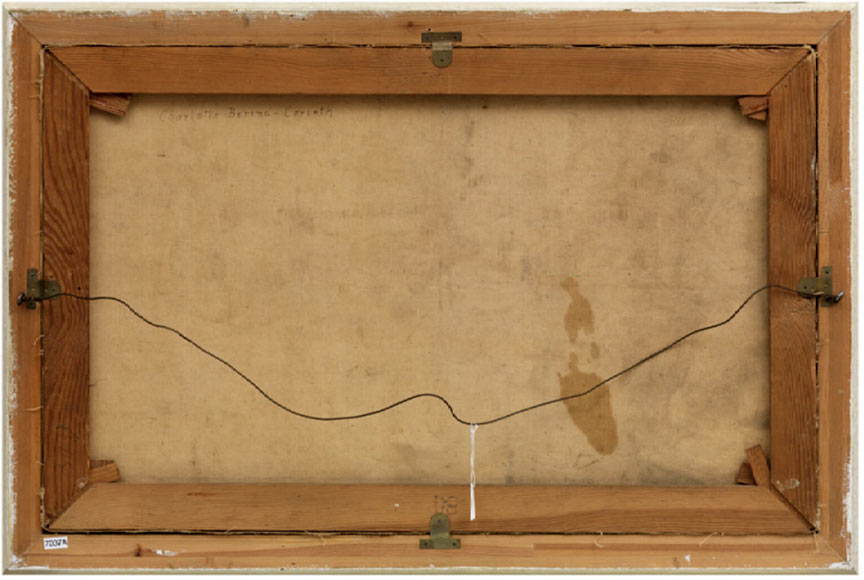