As a hub connecting East and West, Berlin was a place of refuge and a way station for tens of thousands of Jews from Eastern Europe starting in the late nineteenth century, and particularly after the First World War. Most of them came from Russia, Lithuania, and Galicia as refugees fleeing war, pogroms, or revolutions. For the better part of a decade, the city became a center of Jewish migration in Europe. With its multilingualism and complex internal networks, the immigrant community brought about a heyday of Jewish culture in Berlin. Many of the poor Jewish immigrants lived in the Scheunenviertel area near Alexanderplatz, while others settled in the middle-class district of Charlottenburg, nicknamed “Charlottengrad” on account of its many Russian residents.

In six themed rooms and an epilogue, the exhibition examined the arrival and onward migration of Jewish émigrés and refugees from eastern Europe between the world wars. Rather than proceeding along a chronological narrative, the themed rooms were grouped by categories of objects and artifacts: photographs, books, audio, family memorabilia, and film. One of the rooms brought to life the diversity of this “Babylon in Berlin” for visitors with an assortment of recordings of literary and autobiographical writings in Russian, Yiddish, Hebrew, and German.

Themed Rooms of the Exhibition 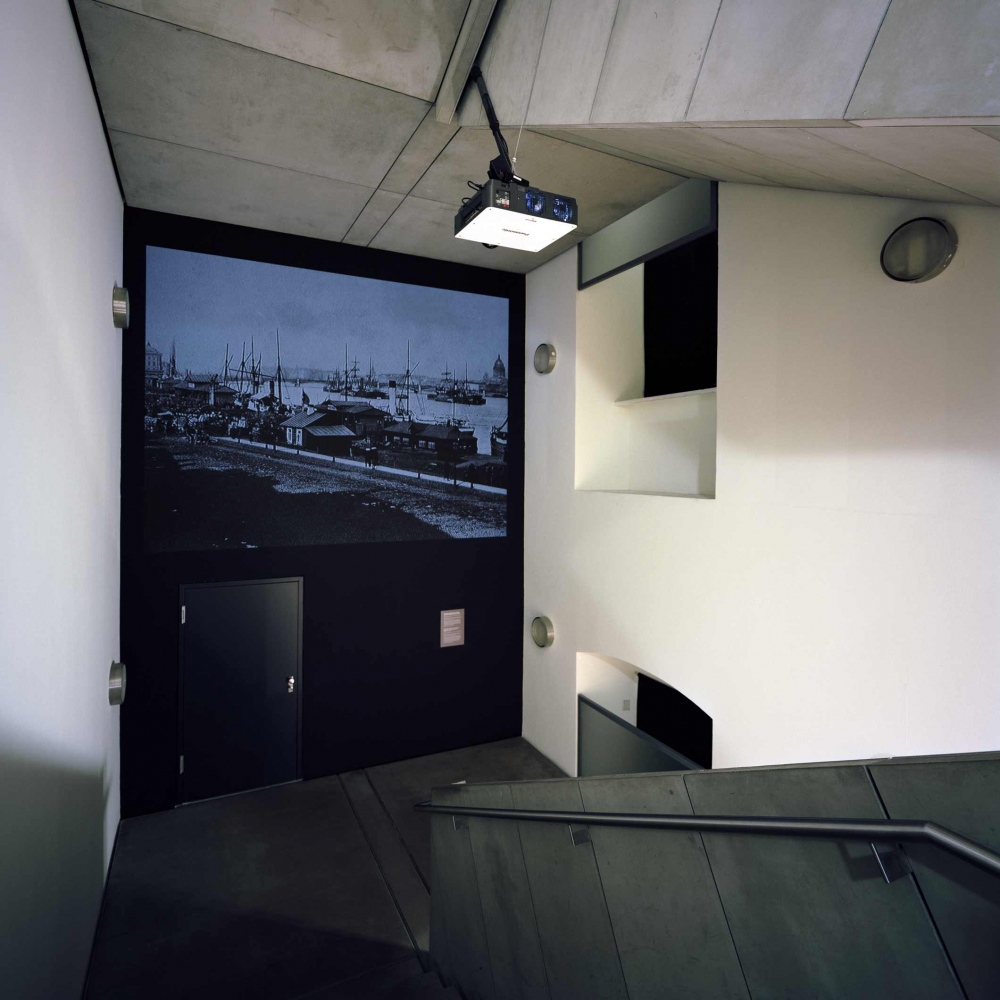 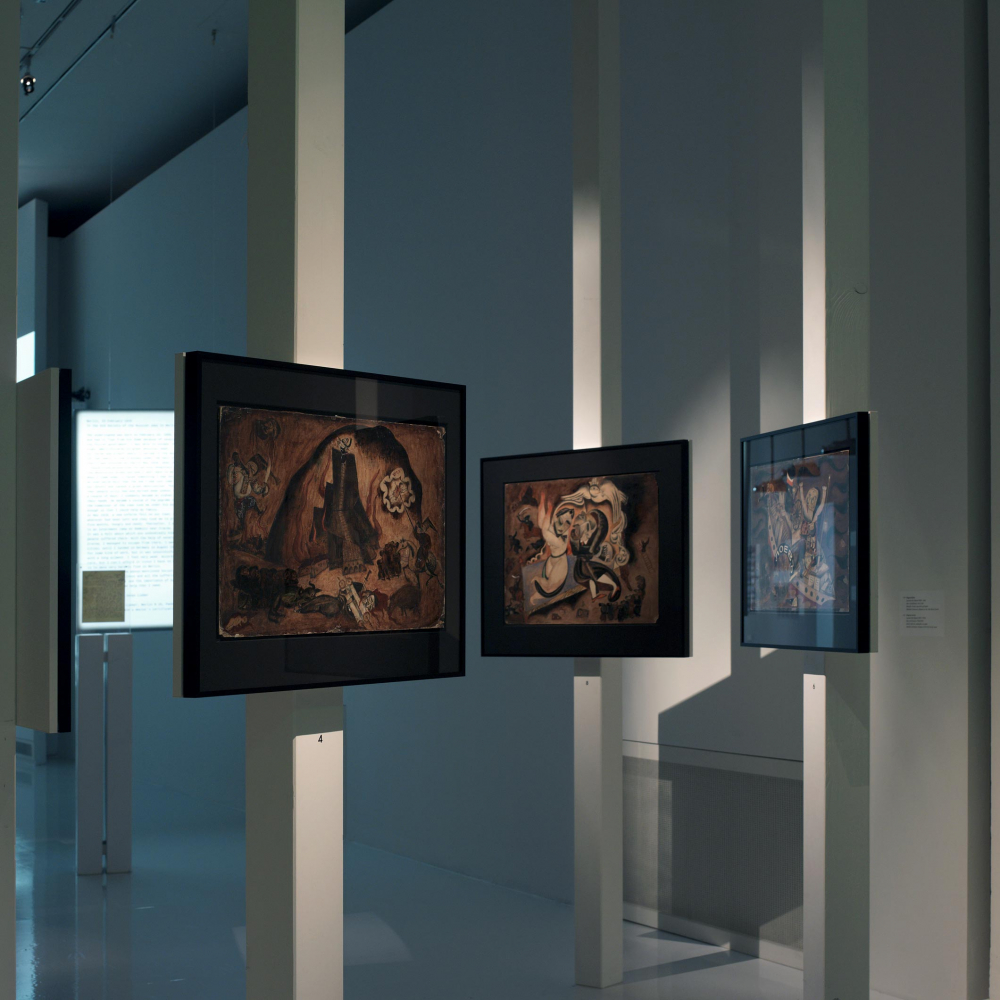 The themed room Nach Berlin! displayed, among others, the series Pogrom in Kiew, created between 1918 and 1920 by Issachar Ryback (1897–1935). This photo shows the watercolors Brennende Synagoge and Paar mit Taube from the series;
Jewish Museum Berlin, Photo: Volker Kreidler 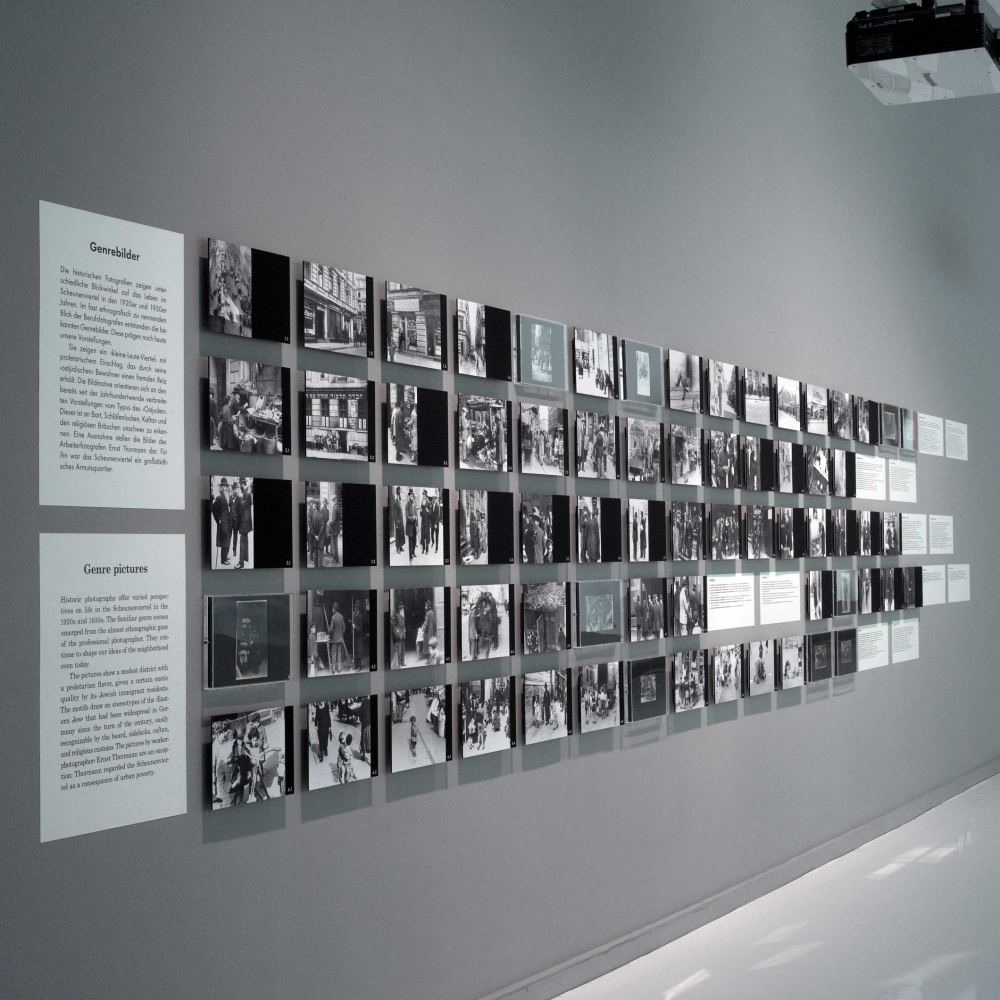 The photos exhibited in the themed room Scheunenviertel showed a view -- partly ethnographic, partly from the police, and partly private -- of the residents of the Scheunenviertel.
Jewish Museum Berlin, Photo: Volker Kreidler 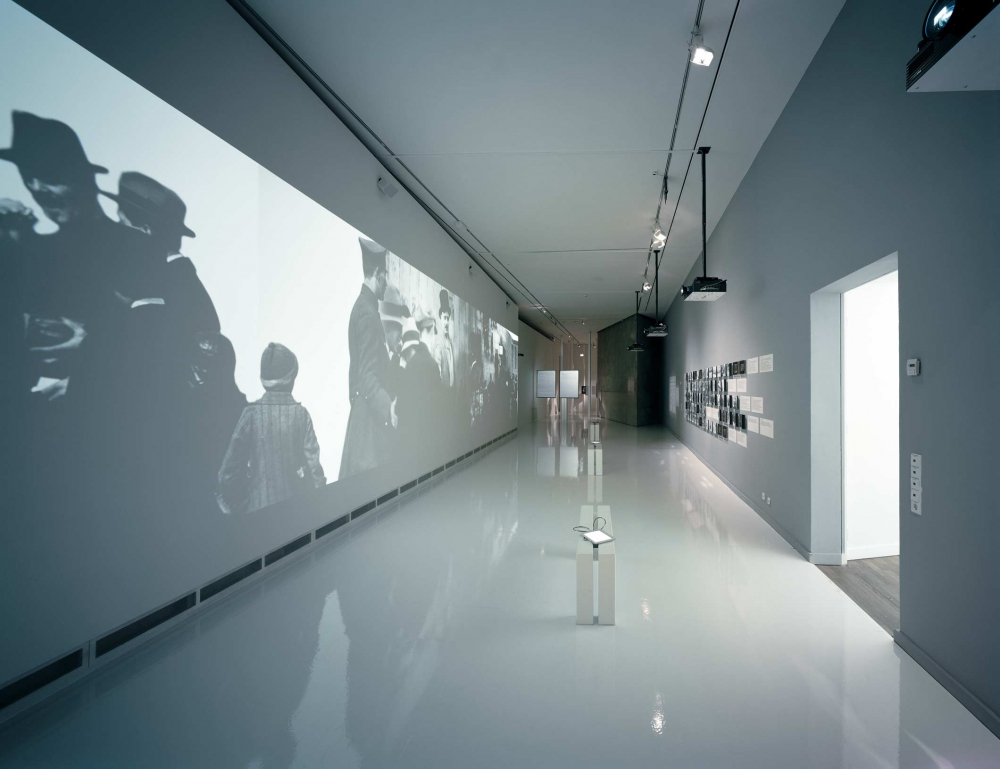 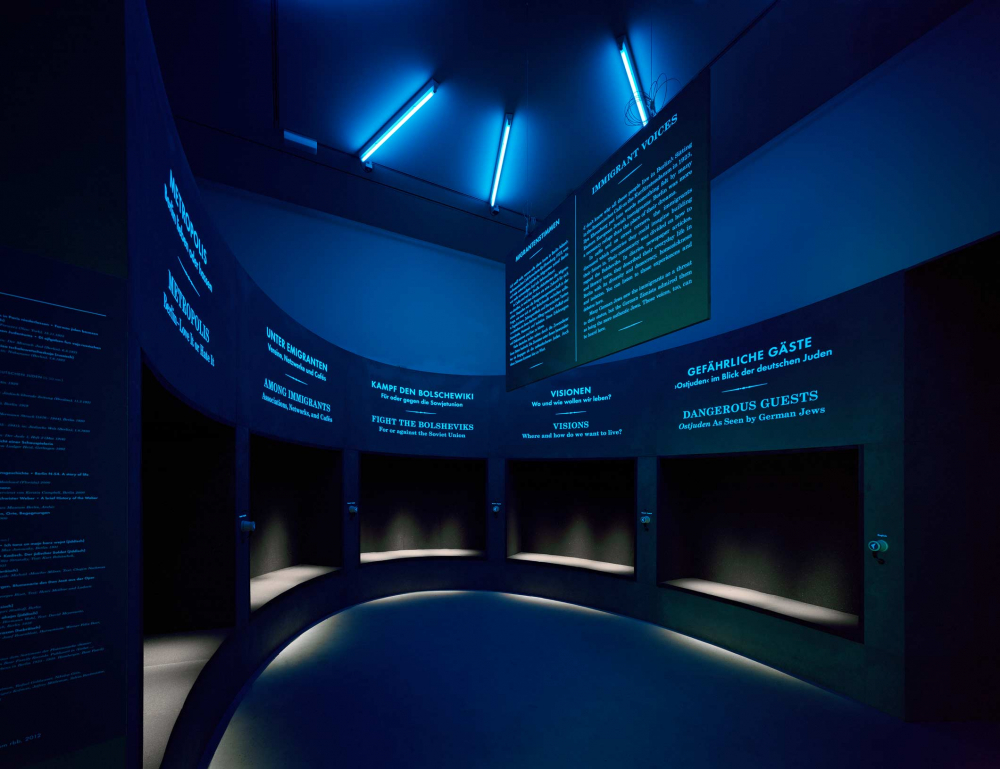 The themed room Migrantenstimmen was designed as a listening room: here, visitors could get acquainted with the longings and experiences, fears and discussions of immigrants and German Jews in the 1920s through extracts from journals, newspaper articles, and literary texts.
Jewish Museum Berlin, Photo: Volker Kreidler 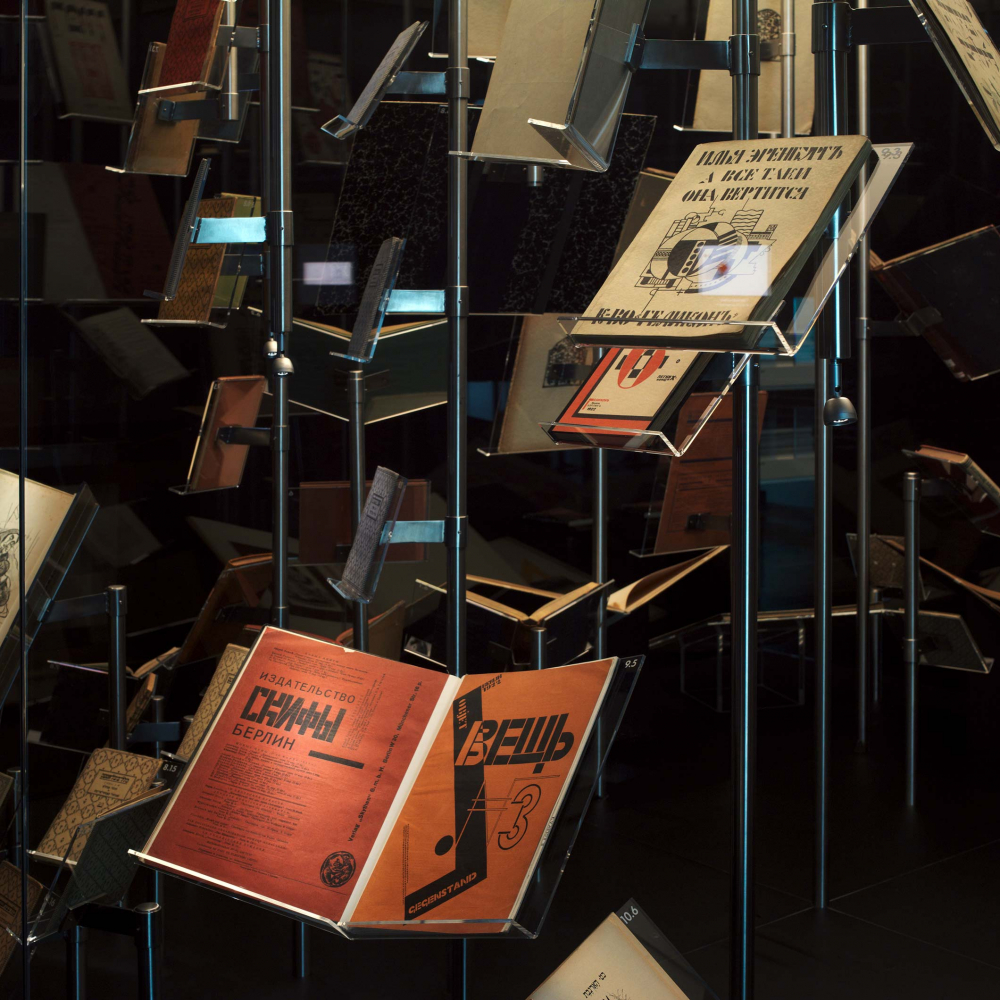 The themed room Babylon provided information about the publishing industry in the beginning of the 1920s: at that time in Berlin there were around ninety Russian publishering companies in which Jewish immigrants took part. More than fifty publishers published in Yiddish, only a few in Hebrew. Some published in multiple languages and offerred immigrants occupations as authors, illustrators, and translators.
Jewish Museum Berlin, Photo: Volker Kreidler 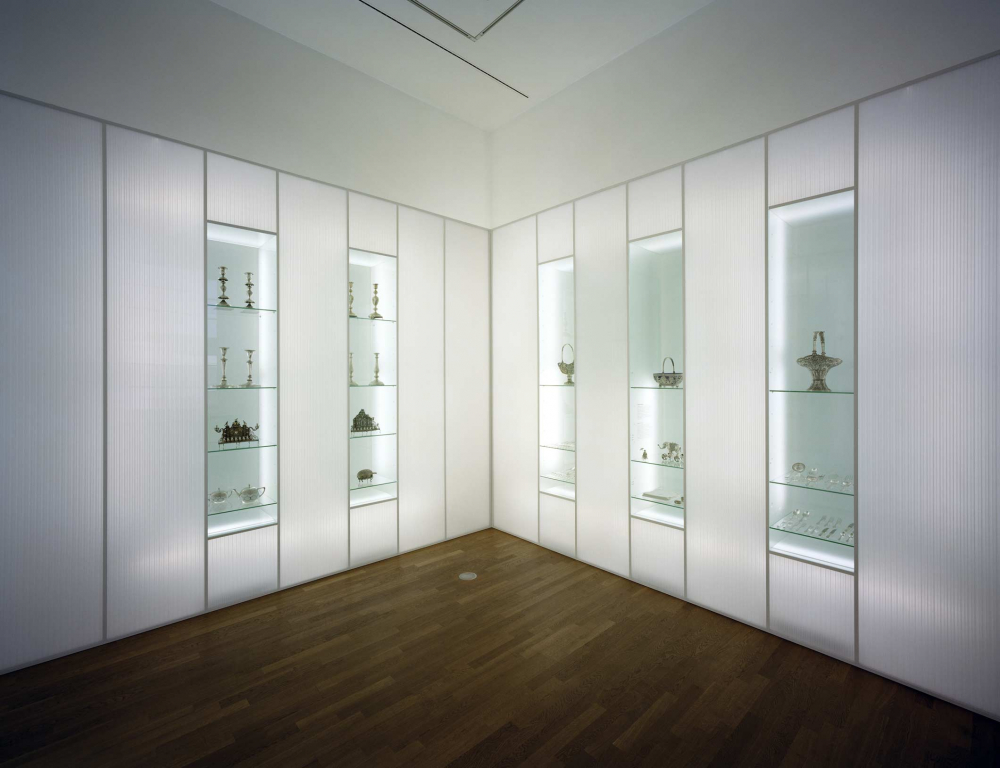 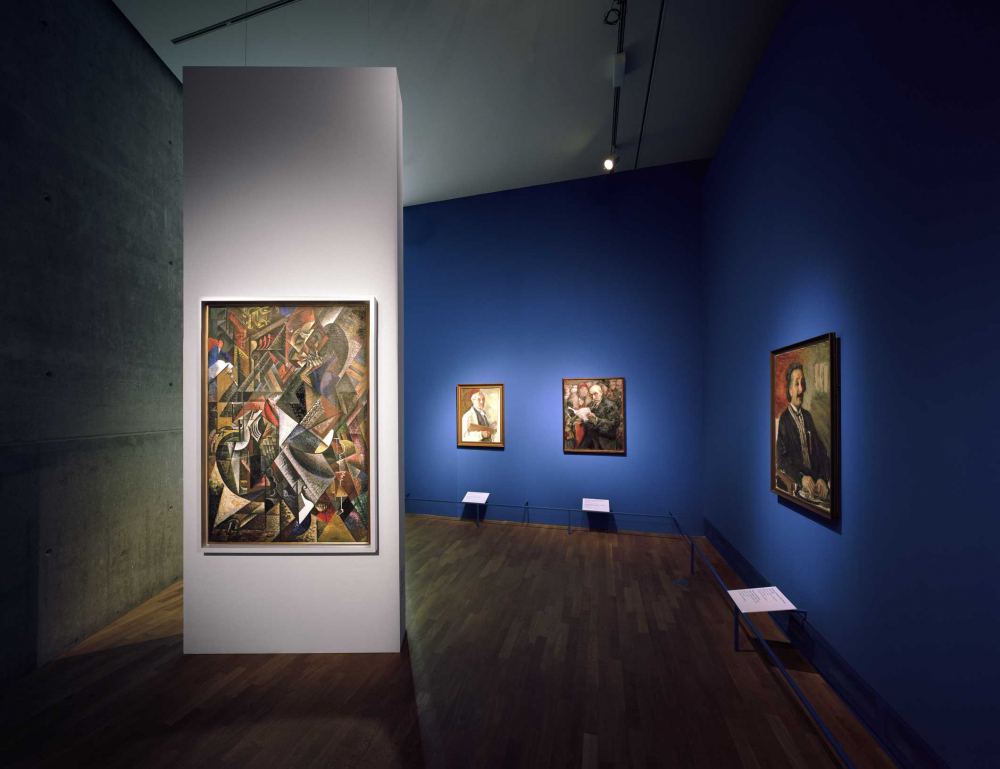 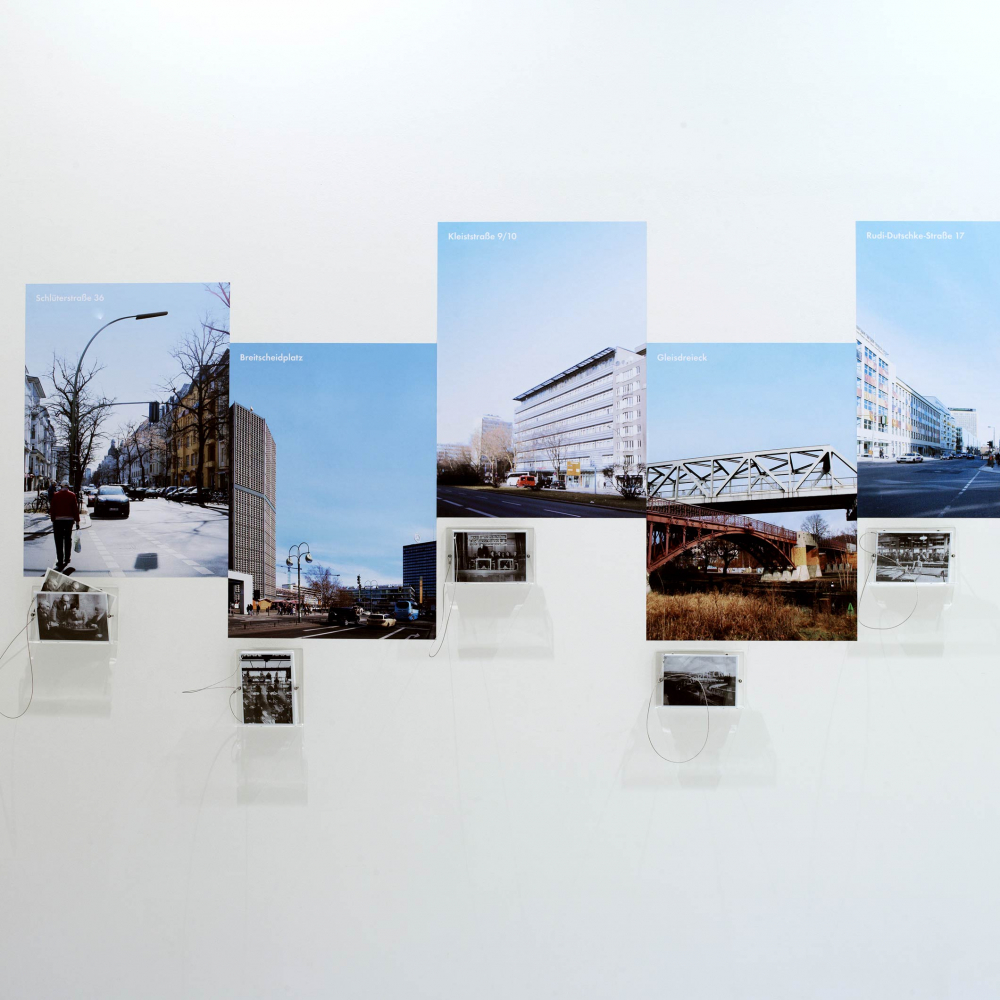 The exhibition website is still online. There you can find certain Berlin addresses that represent the diverse environment of the Eastern European Jews living in Berlin during the Weimar Republic: home addresses of families, well-known meeting spots, immigrant publishing companies, synagogues, and prayer rooms, but also other facilities for the Jewish immigrants from Eastern Europe. These historical places are juxtaposed with photos from 2012 – with this basis, those who are interested can also search for traces throughout Berlin independently.

This exhibition was developed in cooperation with the research project Charlottengrad und Scheunenviertel. Osteuropäisch-jüdische Migranten im Berlin der 1920/30er Jahre at the Institute for East European Studies of the Freie Universität Berlin.

Wikipedia offers an overview of the origin and the problematic nature of the term “Ostjuden”:
More on Wikipedia (in German) 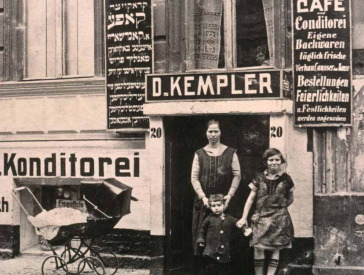 Jewish Migrants from Eastern Europe in the 1920s 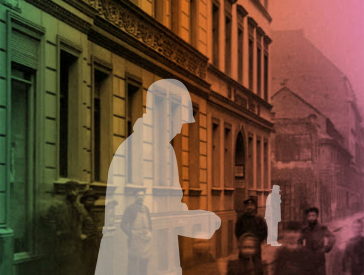 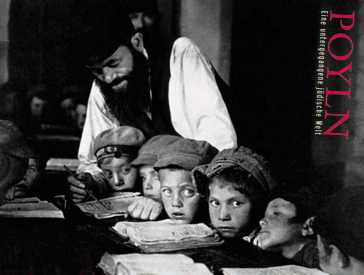 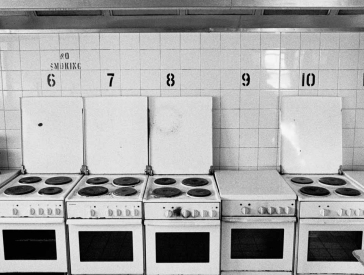