Jewish Women Ceramicists from Germany after 1933

In the early twentieth century, women in Germany were finally finding acceptance and visibility in the male-dominated field of art. Most of all, they had a strong presence in areas of the applied arts: textiles, ceramics, and graphic design. With the rise of the Nazi regime, Jewish women artists were among those whose work opportunities and resources for independence were jeopardized. Some had the foresight to leave Germany and their timely exits saved their lives.

Grete Loebenstein was a well-known ceramics designer and co-founder of the successful Haël Workshops for Artistic Ceramics in Velten, around 40 km north of Berlin. In 1933, the Nazis denounced her for “subversive activities.” Shortly thereafter, she decided to sell her company. Haël was sold, well below its value, to a Nazi Party member who invited the young Hedwig Bollhagen to take over as artistic director of the workshops. Margerete Loebenstein left Germany to begin a new life elsewhere.

The Tonalities exhibition followed her to England and showed her attempts to re-establish herself there as an artist. Her art changed stylistically when she immigrated to the United Kingdom in 1936. In Germany, her designs had been radical and avant-garde with vivid colors. She first found work in the Staffordshire Potteries and had to adapt to the local taste and market, where unassuming colors and decorative, floral motifs were preferred. Over the years, she endeavored to find a new style, but failed to recreate the huge commercial success that she had experienced in Germany.

The ceramic-designer Margarete (Grete) Heymann-Loebenstein (later Marks) was born in 1899 in Cologne. She was a Bauhaus student and emigrated in 1936 to England. She died in London in 1990.
More on Wikipedia

Other Jewish women emigrated to Palestine and worked there as potters. For some of them, Palestine was their desired destination; others went there for more pragmatic reasons.

Trained in Germany, they brought their technical expertise with them. Moreover, they had sharp visual sensibilities, a strong sense of determination, and the willingness to address the challenges of life in a new environment. What local clays are suitable for pottery? How is a kiln built? And how can a newcomer communicate such needs without knowing the local languages?

The pioneering potters in Palestine wanted to use the knowledge of their craft they brought from Europe to create something new and locally relevant.

“I tried to free myself from the Central European shapes, colors, and glazes and worked only with local clays and Engobe colors I made myself.” —Hedwig Grossmann-Lehmann, 1966

Raised in an Orthodox Zionist family, Hanna Zuntz immigrated to Palestine in 1940. Following a visit to Italy, she became enchanted by Roman ceramics and intrigued by an ancient red-gloss pottery technique called terra sigillata. A potter of extraordinary technical ability, she rediscovered this lost technique. She worked local clay into thin layers and fired the pieces at very high temperatures, managing to achieve shiny surfaces without burnishing or using glaze.

Eva Samuel arrived in Palestine in 1932 and initially concentrated on making small, folksy figurines based on the different ethnicities she encountered. Her color range was extremely restricted as she relied on glazes imported from Germany at great expense. Eva’s business partner was from Hamburg and they employed primarily German-speaking women to assist in their workshop. Among them was Mira Liebes, who went on to have her own career.

The Ceramic Industry in Palestine

As a ceramic industry in Palestine began to develop in the 1930s, the production range grew from plumbing ceramics, such as sinks and toilet bowls, to encompass household items.

Hedwig Grossmann from Berlin, Hanna Charag-Zuntz from Hamburg, and Eva Samuel from Essen are considered the founding mothers of modern Israeli art ceramics. The exhibition presented works by these three potters and their colleagues. It also examined the influence of German pottery traditions in the emerging State of Israel.

In 1952, Dr. Berta Rosenthal set up a small department for hand-decorated home ceramics at the Lapid factory in Tel Aviv-Jaffa. The chief designer was a German immigrant, Elisabeth Cohen-Silberschmidt, who introduced modern European design elements. 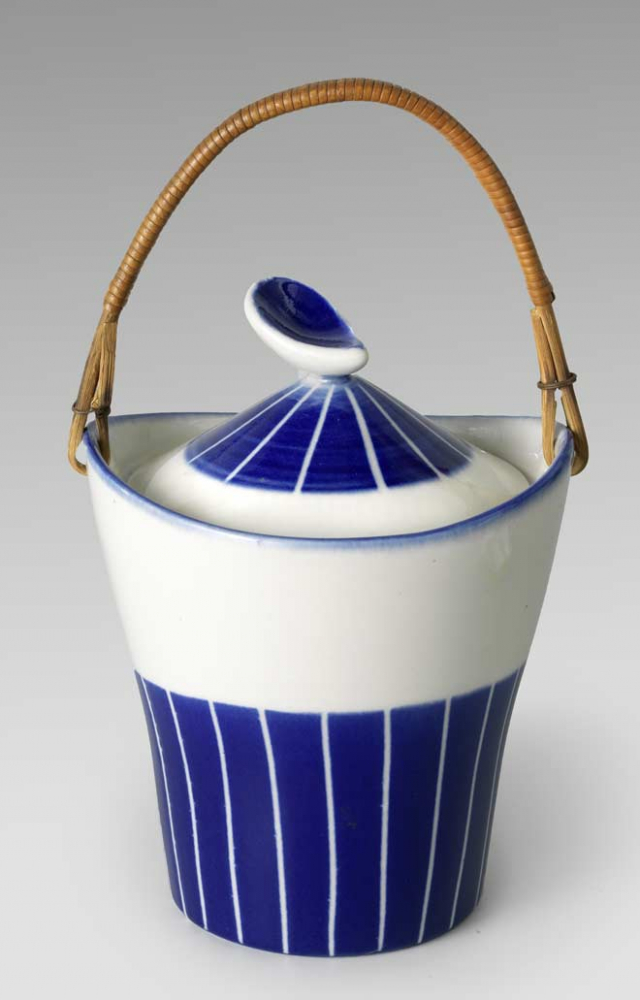 Objects from the Exhibition 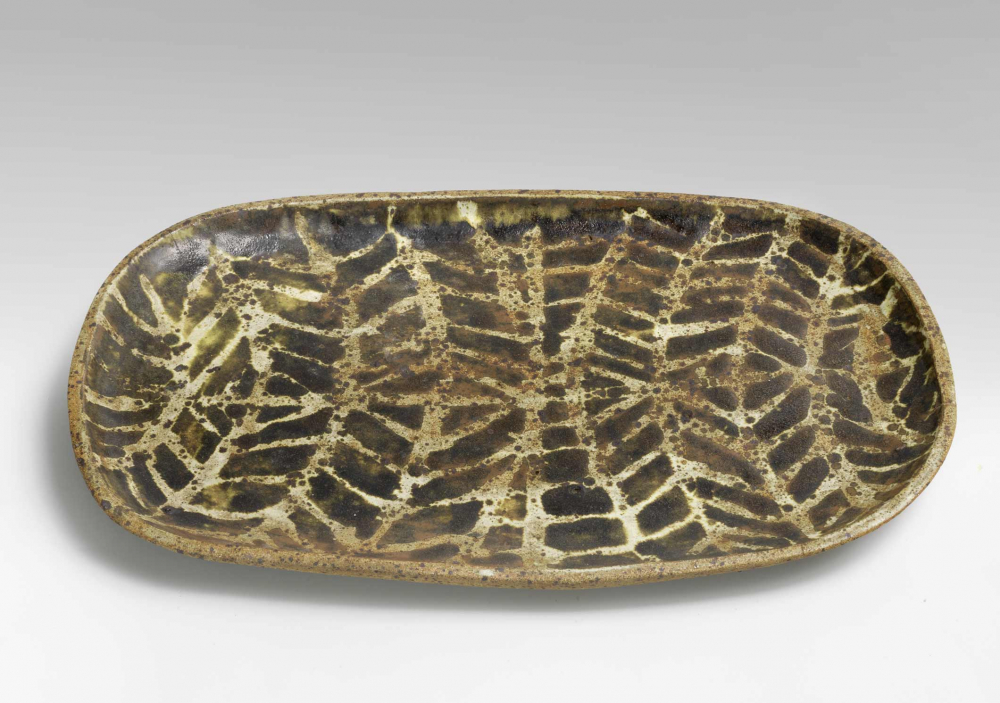 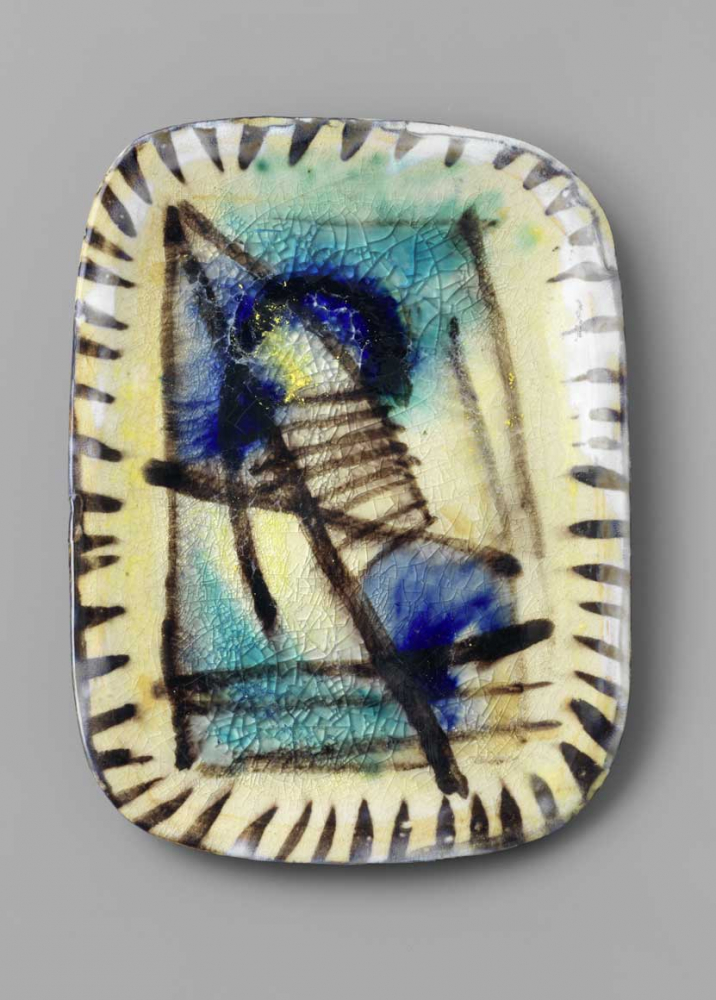 Ornamental plate, Margaret Marks Studio Pottery, England, ca. 1955-1960; Jewish Museum Berlin, Photo: Roman März
Margarete Heymann-Loebenstein (1899-1990) led "Haël," a successful ceramic operation based near Berlin, until 1933. In 1936, she found refuge in Stoke-on-Trent, England. She re-married, and founded her own ceramics studio under the name "Margaret Marks."
More objects by the artist can be found in our online collections (in German). 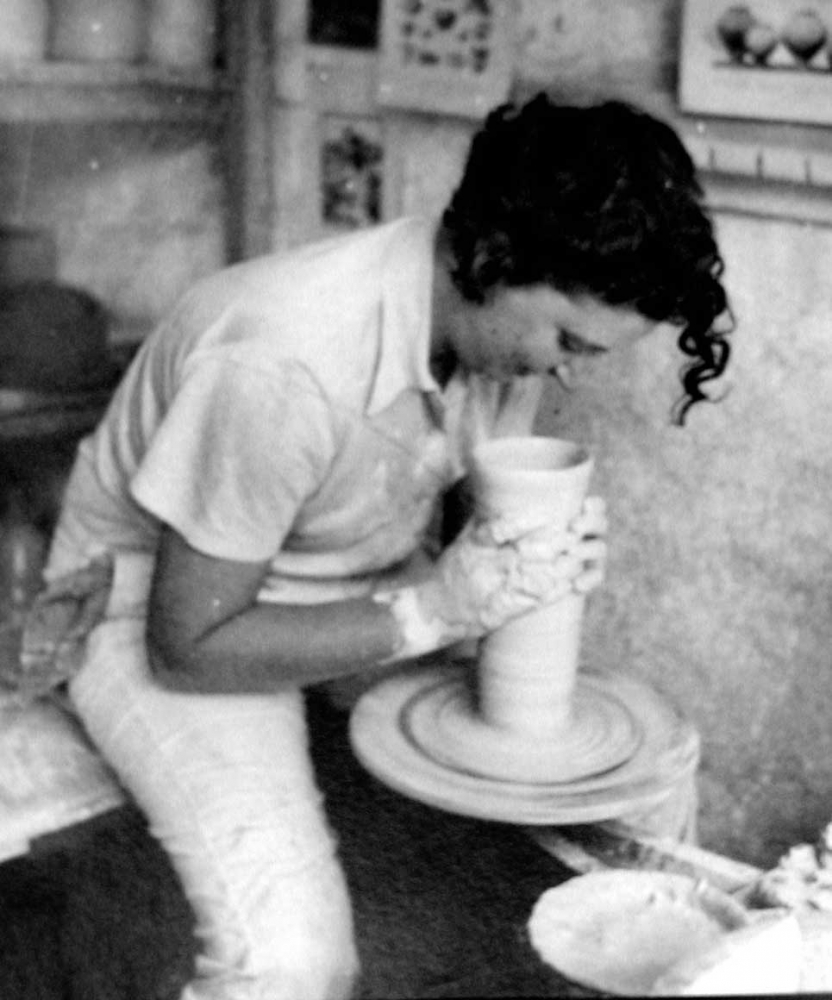 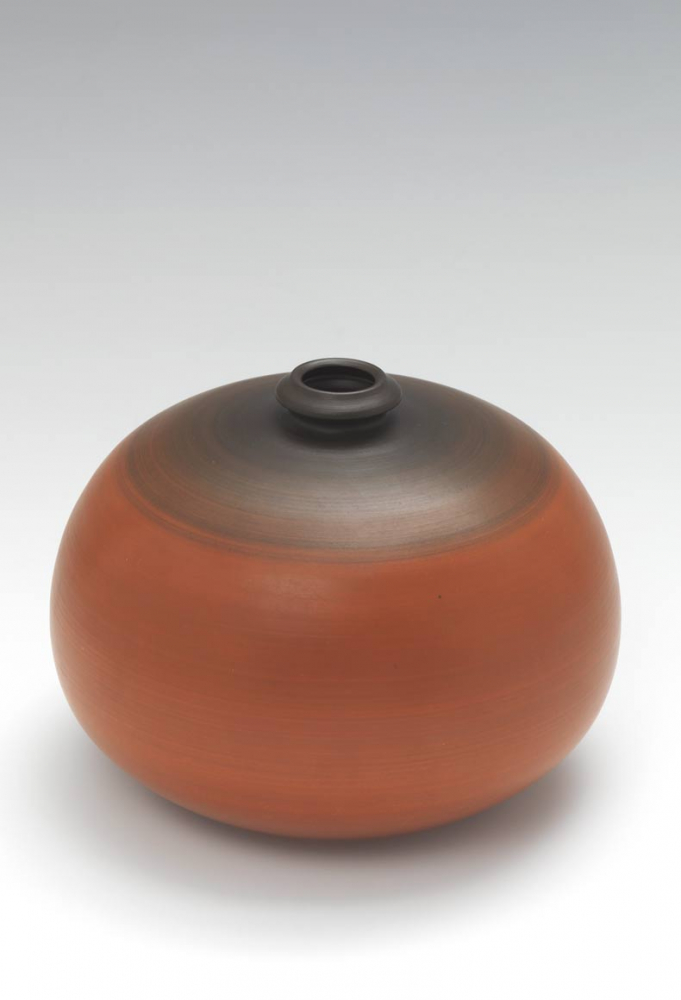 Traces of most Jewish women who studied ceramics in Germany during the 1920s and 1930s have disappeared. There are many reasons for this: perhaps a woman stopped working, changed her name, or emigrated with no trace. Many fell victim to the Shoah.

By comparing photographs, we have been able to identify Nora Herz at work in her studio, but many questions about her remain unresolved. For example, under what circumstances did she leave for the United States in 1937?

This exhibition was curated by Michal Friedlander. It was created as one of the Jewish Museum Berlin's contributions to Berlin's Diversity Destroyed: Berlin 1933–1938 theme year. The Museum also participated in the theme year through the online project 1933: The Beginning of the End of German Jewry and the cabinet exhibition Bambi and the Theory of Relativity: Books on the Nazi Pyre. 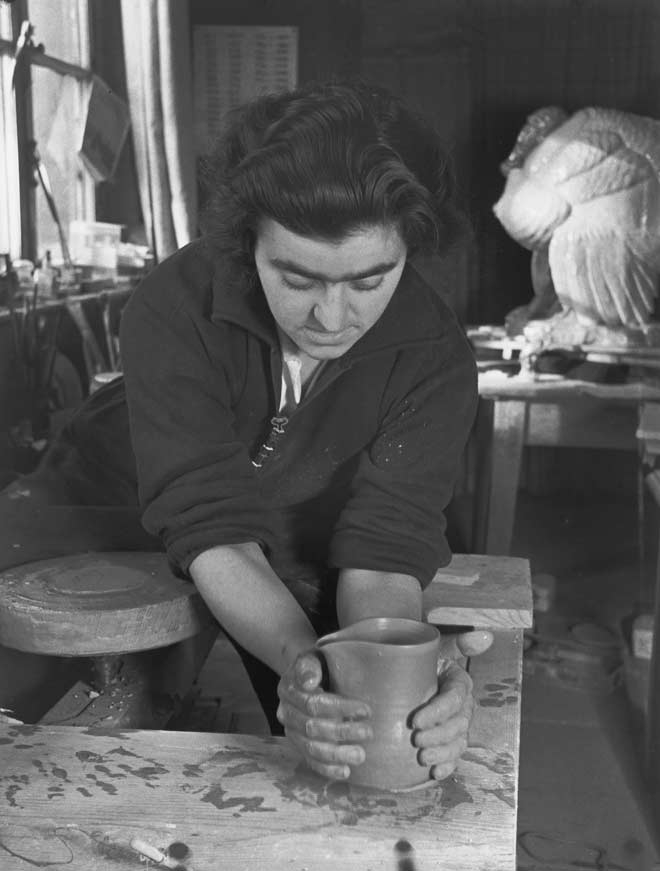 Do you know Eva Samuel?

On our blog, Curator Michal Friedlander reports on her research for Tonalities: Jewish Women Ceramicists from Germany after 1933. 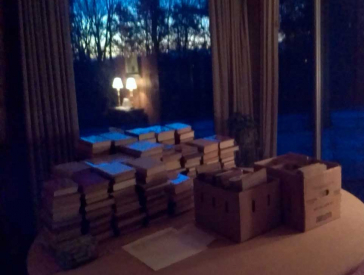 Books on the Nazi Pyre