For decades, in the nineteenth and early twentieth centuries, Jewish mathematicians were important figures in their field in German-speaking Europe. Of the ninety-four professorships in mathematics at the end of the Weimar Republic, as many as twenty-eight were at least temporarily occupied by scholars who were Jewish or of Jewish descent. If we add the scholars without a fixed teaching post and those working at German-speaking universities outside Germany, it becomes clear that the field of mathematics before 1933 had a remarkable proportion of German Jews.

The traveling exhibition Transcending Tradition explores the careers and scholarly activities of Jewish mathematicians in German-speaking countries during the period between the legal and political emancipation of Jews in the nineteenth century and their persecution in Nazi Germany.
Rather than concentrating on the persecution and extermination, a comparatively well-studied period, it showcases the impressive scope of the contribution made by Jewish mathematicians, in both their specialties and their teaching, to the development of mathematical culture before 1933.

Detailed information about this traveling exhibition can be found here:

Transcending Tradition focuses on four cities: Berlin, Göttingen, Bonn, and Frankfurt am Main. With a wealth of pictures and documents, many on display for the first time, it demonstrates that during the Wilhelmine Empire and the Weimar Republic there was probably no part of the academic culture of mathematics in which Jewish mathematicians were not actively involved. They researched, taught, and published; sat on the editorial boards of leadings academic journals and annual reviews; and played formative roles in the word of the Deutsche Mathematiker Vereinigung (German Union of Mathematicians) and the Gesellschaft für angewandte Mathematik und Mechanik (Society of Applied Mathematics and Mechanical Science). Jewish mathematicians also actively made the questions of their discipline accessible to a larger public.

Society of Applied Mathematics and Mechanics

Emmy Noether: The Most Important Female Mathematician of the Twentieth Century

We told the story, for example, of Emmy Noether (1882‒1935), the most important female mathematician of the twentieth century, who made outstanding contributions to several branches of mathematics, helping to shape mathematics into what it is today. Nevertheless, as a women and a Jew, she was not granted tenure and even had difficulty obtaining her university teaching qualification. Expelled from her university in 1933, she emigrated to the United States, where she taught at Bryn Mawr women’s college until her untimely death.

Emmy Noether was born in Erlangen in 1882 into a mathematically inclined family. In 1933 she emigrated to the USA, after her teaching license was revoked. She died in 1935 in Bryn Mawr, Pennsylvania, due to complications after an operation.

The exhibition also exemplifies how Jewish mathematicians were connected with and contributed to general German culture. A striking example is Felix Hausdorff (1868–1942), a professor in Bonn who worked intensively on the theory of infinite sets and who published a ground-breaking monograph, Grundzüge der Mengenlehre (Fundamentals of Set Theory, published in English simply as Set Theory) in 1914. Under the pseudonym Paul Mongré, he also authored a collection of aphorisms in Nietzschean style, an epistemological treatise, literary essays, poems, and a well-received grotesque play. Facing internment and deportation to a concentration camp, he took his own life.

Felix Hausdorff was born in 1868 in Breslau and grew up in Leipzig. He taught in Leipzig, Göttingen, Greifswald, and Bonn. In 1942 he commited joint suicide with his wife and sister-in-law, in order to evade threatened deportation. 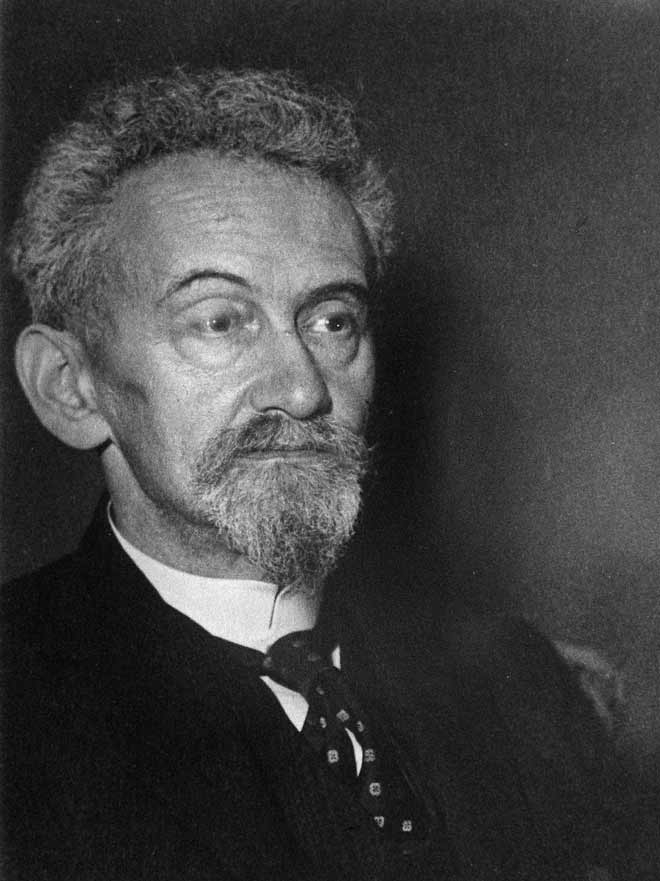 Otto Toeplitz and Hans Rademacher: The Enjoyment of Mathematics for Amateurs

In 1933, convinced that it was possible to explain contemporary mathematical questions to anyone, even without advanced specialized knowledge, Otto Toeplitz and Hans Rademacher published the book Von Zahlen und Figuren. Proben mathematischen Denkens für Liebhaber der Mathematik (translated as The Enjoyment of Mathematics: Selections from Mathematics for Amateurs).

Otto Toeplitz, born in 1881 in Breslau, was the son and grandson of math teachers. Toeplitz himself taught in Göttingen and Bonn, but he was forced into retirement in 1935. He emigrated to Palestine in 1939, where he died a year later in Jerusalem.

Hans Rademacher was born in 1892 in Wandsbek, near Hamburg. As a pacifist, he fled to the USA in 1933, where he died in 1969 in Haverford, Pennsylvania.

After the Nazis took power, Jewish mathematicians in Germany lost their jobs and those who could not escape faced concentration camps and death.
Some emigrants were able to resume their careers in exile. Richard Courant, for example, who was dismissed from the University of Göttingen in 1933, settled in New York, where he headed the mathematics department of New York University’s Graduate School of Arts and Science. It was later renamed after him. Today, the Courant Institute for Mathematical Sciences is one of the most prominent mathematical institutes in the world.

Richard Courant was born in 1888 in the Upper Silesian city of Lublinitz. Initially he emigrated to the English city of Cambridge and a year after to New York City in the USA, where he died in 1972.

Graduate School of Arts and Science

The exhibition coincided with the 7th Council of the European Mathematical Society in Berlin.

Council of the European Mathematical Society

Institute of Mathematics at the Goethe-Universität Frankfurt am Main

Institute of History at the Goethe-Universität Frankfurt am Main 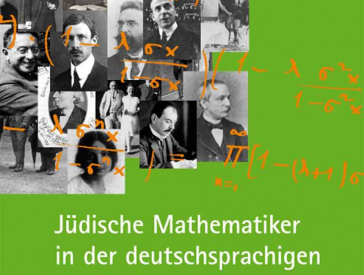