With virtual reality and immersive sound technology, the media artist Alexander Stublić has created interactive, explorable surreal worlds in which notes emerge synesthetically, beam forests pass by, and concert stages complete with deconstructed orchestra are reassembled to form new perspectives before the viewer. 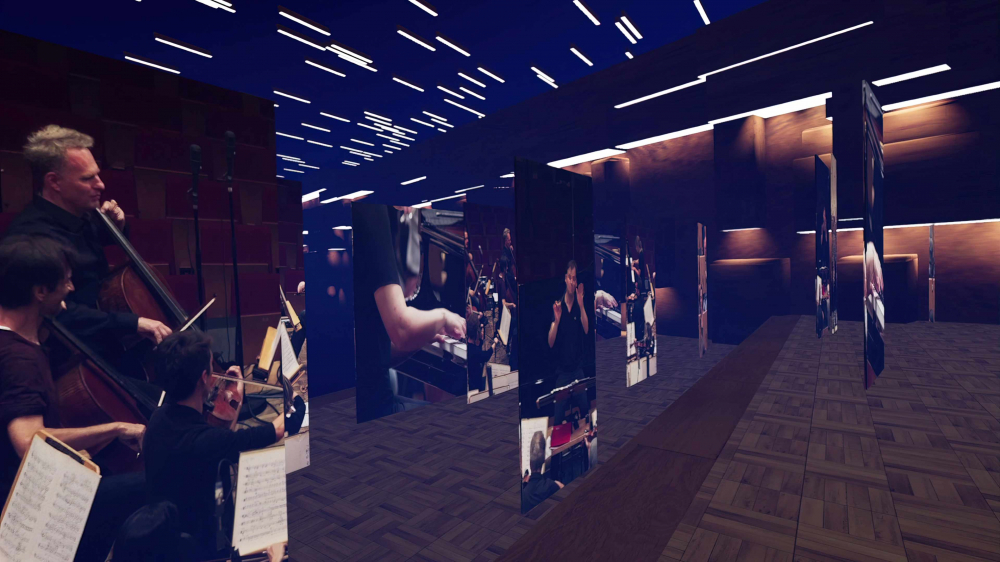 A project team from the Siemens Arts Program has made it their mission to raise awareness of the music of this composer, who was ostracized by the National Socialists and whose music is not well known today. To this end, they explore new audiovisual possibilities for the concert recording. The result of the Viktor Ullmann Project is an artistically and technically sophisticated new 3D audio recording of the piano concerto Opus 25. It was awarded the OPUS Classic in the category “Best Concert Recording.”

On the anniversary of the liberation of the Theresienstadt concentration camp, it will be made available to the public here at the Jewish Museum Berlin for the first time. 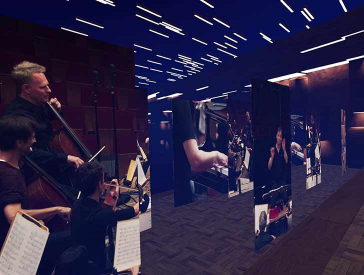 The Viktor Ullmann Project – a Homage

Launch of the project and VR installation