“The boredom of peaceful coexistence“

As part of the series New German Stories, of the Academy Programs of the Jewish Museum Berlin we presented the book Ein Jude in Neukölln. Mein Weg zum Miteinander der Religionen (A Jew in Neukölln. My path to the coexistence of religions) by Ármin Langer on 19 October 2016. The author, who was our guest on this evening, spoke about his life as a Jewish activist and reported on his experiences as coordinator of the Berlin initiative Salaam-Schalom that sets an example of peaceful Jewish-Muslim coexistence.

Alina Gromova: Ármin, you decided at the age of 21 years to become a rabbi even though you are from a secular family. What led you to this decision back then?

Ármin Langer: Already as a child I was open to religion, but this feeling found no frame until I was 20. After moving from the small town where I grew up and in which there was no Jewish community to Budapest, I was able to take part in a Jewish service for the first time in my life. I knew I was in the right place.

Alina Gromova: In your book A Jew in Neukölln. My path to the coexistence of religions, you write that peaceful coexistence between Jews and Muslims in everyday life is in most cases taken for granted. Why then have you written a book about something that is implicit?

Ármin Langer: This implicitness is seen only by us, some Jews and Muslims in Neukölln – for everyone else who does not have encounters with neighbors of other faiths, this implicitness is invisible. Jews from Charlottenburg or “Biodeutsche” from Marzahn do not know how it is to have Muslim neighbors. They cannot report on the boredom of peaceful coexistence because they are part of more or less homogeneous neighborhoods. These people are of course thus more open to prejudice. When there are reports about Muslims in the media, it is always in connection with terrorist attacks – this only confirms these prejudices. That’s why I wrote this book – to show how coexistence in Neukölln works.

Alina Gromova: You claim that Jewish life in present-day Germany is not normal and Jews in this country are “treated like sacred cows.” What do you think could change this situation?

Ármin Langer: One should realize that Jews are neither better nor worse than non-Jews. If there is corruption in the Jewish Community in Berlin and municipal elections are manipulated, I think that should be brought to the public’s attention. We Jews also have our Tebartz-van Elsts. Many of us would welcome critical discourse on political and theological issues in our communities – this is the only way for us to evolve and contribute to a peaceful coexistence.

The questions were posed by Alina Gromova (Academy program on migration and diversity).

A Jew in Neukölln:
My Path to Coexistence of Religions

Reading and discussion with Ármin Langer (in German) 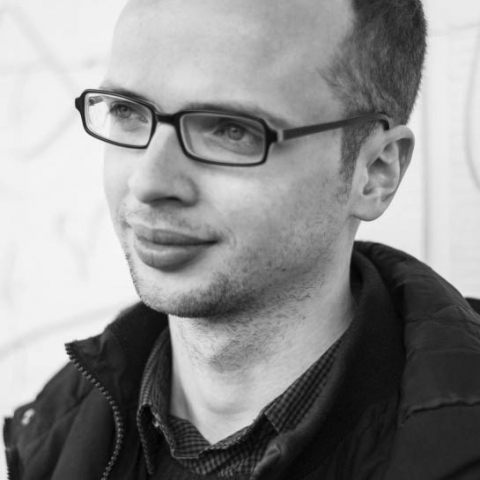