Since March, Julia Friedrich is the Director of Collections at the Jewish Museum Berlin (JMB). She studied art history and Jewish studies in Berlin, Potsdam, and Venice and in 2008 received her doctorate for her work on Gerhard Richter’s Grey Pictures. From 2006 to 2022, she was Head of the Graphic Arts Collection at the Museum Ludwig in Cologne.

Ms. Friedrich, you worked for the Museum Ludwig in Cologne for seventeen years. What will you miss the most?

Cologne is located in the Rhineland, and I traveled a lot, mostly to see exhibitions in the area. The region has a high concentration of museums, and the artistic and curatorial standards are very high. Brussels, Amsterdam, and Paris are just a few hours away by train. I’m going to miss their accessibility.

“Engaging with the Jewish perspective, with Jewish topics and discourses, seems natural and very productive to me.”

Is there anything you’re particularly looking forward to in Berlin?

The wide streets, the wide open sky! But for me, the move to Berlin is also a return. I grew up and studied in the city. I’m looking forward to returning home.

You studied art history and Jewish studies, worked as the head of the prints and drawings collection at the Museum Ludwig, and curated a number of exhibitions, most recently Picasso, Shared and Divided. What motivated you to return to explicitly Jewish topics?

The last exhibitions I organized examined aspects of contemporary history. The Otto Freundlich retrospective focused on an artist who wanted to have a political impact through abstract painting and was murdered in 1943 because he was Jewish. In Film­emi­gra­tion aus Nazi­deutsch­land (Film Emigration from Nazi Germany), a series made for the public broadcaster WDR, Günter Peter Straschek takes a look at German and Austrian filmmakers who went into exile, most of whom were Jewish. The Picasso exhibition explores how Germans appropriated Picasso’s work in the postwar period. The Shoah is thus one of the starting points. We exhibit, for example, the guestbook that Picasso signed at Auschwitz and show that his works that deal with the Nazi crimes were perceived very differently in East and West Germany. I think that anyone concerned with twentieth-century art in Germany will inevitably encounter this topic, including its important backstory and ramifications. Or take the debate on documenta, to which I contributed. Engaging with the Jewish perspective, with Jewish topics and discourses, seems natural and very productive to me.

At the Museum Ludwig, you made sure that the provenance of objects was systematically studied. Provenance research is an especially important field at a Jewish museum. What special issues do you anticipate arising in this context?

I think there’s a difference between a Jewish museum examining its holdings for looted art, and a non-Jewish institution that has assumed responsibility for the material and symbolic heritage of the German majority society. A Jewish museum that takes its mission seriously must show solidarity with the victims. This doesn’t exempt the museum from closely examining each individual case, but it does oblige it to take the saying “fair and just solution” seriously. At a Jewish museum you don’t have the usual constellation in which the heirs of the looters are negotiating with the heirs of the looted. That makes a different type of approach possible, one that may in turn influence non-Jewish institutions. Here we ask: “How could this have happened?” Not: “Do we have to give it back?” 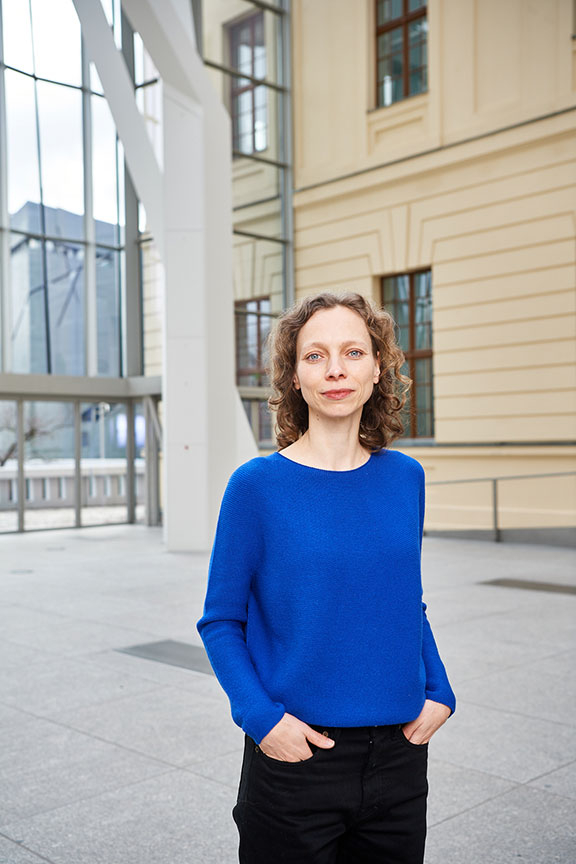 “If the public doesn’t use a collection or doesn’t see a connection between the exhibits and their own lives, collecting is hardly worthwhile.”

As director of collections at the JMB, you’re responsible for the archive, the library, all the collections, as well as the fields of restoration and collection management. What do you think will be the greatest challenge?

That’s hard to say right now – I’ve only just started. But I’m really looking forward to brainstorming with my colleagues on how we can give the collections greater visibility and make them communicate more clearly. If the public doesn’t use a collection or doesn’t see a connection between the exhibits and their own lives, collecting is hardly worthwhile. That’s why I think the biggest challenge will lie in collecting and showing objects in such a way that there are numerous openings and connections, both now and in the future, without us being able to control the process precisely or perhaps even wanting to. Visitors – all of them, if possible – should have the opportunity to enter into a relationship with what is shown. The challenges are very specific and lie in ensuring that the objects that tell the story of a specific situation or a specific group of people speak to everyone.

Over the years, the JMB has built an extensive collection. Most recently, we’ve added objects that witness contemporary history, such as a series of photographs taken during the first Passover during the Corona pandemic. These were submitted to the museum following a call for collection items and are presented on our website. What does collecting mean to you in the current context?

It’s always difficult to collect contemporary objects. After all, the distance of time makes it easier to recognize what is meaningful and important. But sometimes you just don’t have this distance, so you have to take a risk. I recently saw a TV report on a conservator at the Rheinisches Landesmuseum in Bonn who was preserving a shovel from the 2021 flood in Germany’s Eifel region. She was painstakingly preserving each caked piece of mud so that the shovel will still document the flood a hundred years from now. It was tragic and comic at the same time. Is it worth the effort? I think so, but I have no idea how people will relate to the shovel in one hundred years.

The title of the April 2022 edition of our JMB Journal is Traditions. How important are intangible cultural practices for a museum?

They’re certainly very important for a Jewish museum because intangible cultural heritage has provided coherence to Judaism for thousands of years. The core exhibition at the JMB reflects this. I look forward to working with my colleagues and giving thought to what we should collect and exhibit.

“Digitization has become indispensable. It isn’t an end in itself, but a tool – an extremely useful one at that.”

The JMB is developing a new digital strategy. What challenges and opportunities do you think digitization brings to museums?

Digitization has become indispensable. It isn’t an end in itself, but a tool – an extremely useful one at that. For this reason, we should do everything in our power to develop a sensible digital strategy behind the scenes to make knowledge accessible, structure it intelligently, and reach people all over the world, even those who can’t afford a trip to Berlin or perhaps are still slightly intimidated by the idea of visiting a supposed temple of high culture.

What kind of exhibitions would you like to see at the JMB?

I come from an art museum, so I appreciate exhibitions that take an artistic perspective – by which I mean not only that artists are invited to exhibitions, but also that exhibits assert their intrinsic value, that they don’t get lost in communication goals or what they’re supposed to explain. In my view, what’s more important than the explanation, meaning, or narrative is that we encourage people to come up with their own explanations – the activation aspect, if you like. But for that to happen, something must remain open. I’d like to see a light experimental approach that permits mistakes and in return communicates this openness. 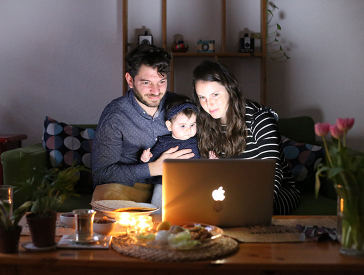