“The architect’s way of thinking is through the eyes.”

The Heinz-Galinski-Schule was the first new building for a Jewish school in Berlin after the Holocaust. It was also the Jewish community's first building since the community center on Fasanenstrasse in Charlottenburg opened in 1959.

Urgently needed as an educational institution for the growing Jewish community, the project also had huge symbolic significance. Even though the designs had been started long before, upon its completion in 1995, the building also represented the revitalization of the community through immigration from the former Soviet Union.

Located on the outskirts of the Grunewald forest, the grounds called for a collection of loosely connected structures. Zvi Hecker designed an ensemble whose components are connected by a serpentine path: a miniature city in which courtyards, squares and streets offer space for a variety of experiences. 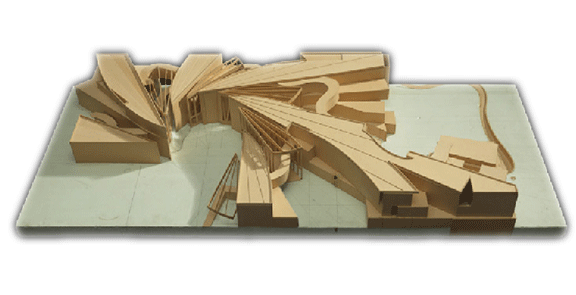 Zvi Hecker, born in Krakow in 1931, studied architecture at the Technion (the Israeli Institute of Technology) in Haifa, and painting in Tel Aviv. In Israel, he realized buildings that, developed from polyhedral crystalline structures, are now part of the country's architectural history canon. He has received numerous awards, and his works have been exhibited all over the world, including several times at the International Architecture Exhibition in Venice.

The Sunflower and The Open Book

Zvi Hecker's designs evolve from the interplay between the purpose of the buildings, local conditions and materials, and images of cultural memory – from the combination of a geometric structure with a poetic image. In the case of the Heinz-Galinski-Schule, the spiraling wedges, half cylinders and pyramids that assume the form of a sunflower also contain the shape of an open book: the school is a “House of the Book“, which is the literal meaning of the Hebrew word for school. 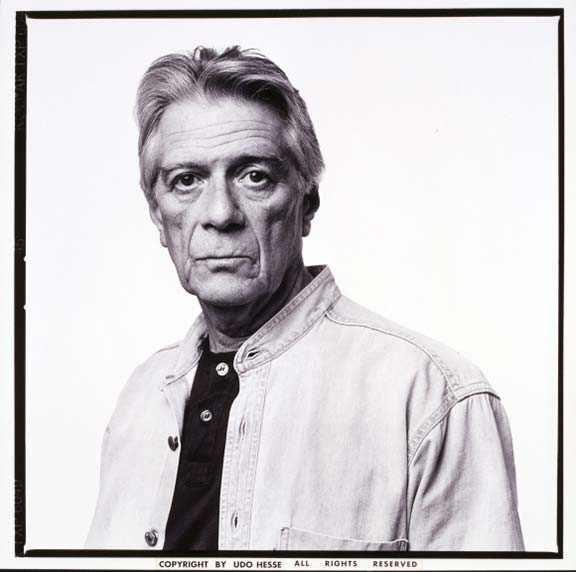 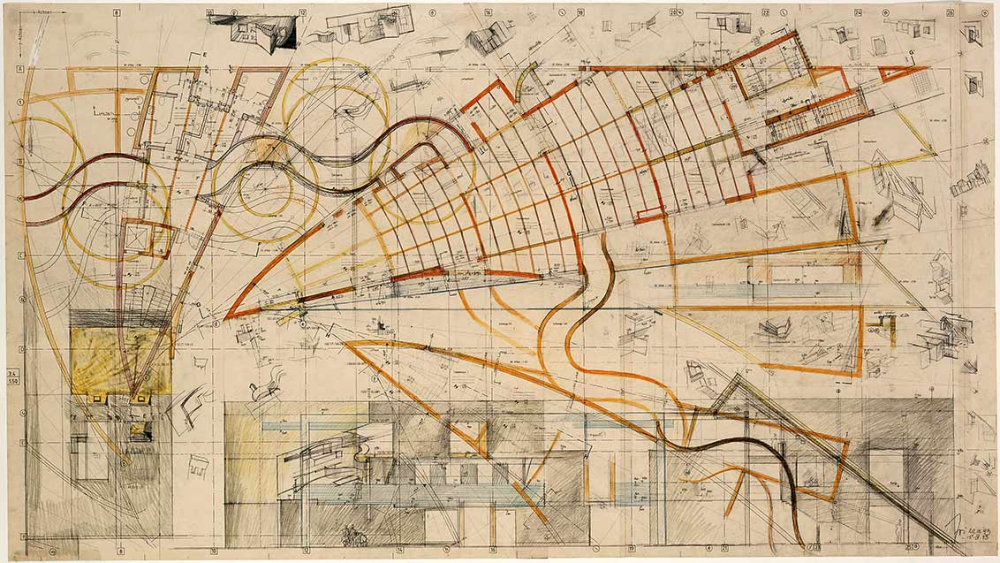 Zvi Hecker's working methods are apparent in the sketch; the sketch first depicts his designs, and these illustrations also become artworks in their own right. In this case, he updated his diazotype plan, searching for solutions to specific problems such as the collection of rainwater by adding pencil, crayon and white pigment.

“I draw because I have to think,” says Zvi Hecker, and writes the following about the importance of drawing for his work as an architect:

“Computer drawings are a necessary means of communication between the architect and his or her collaborators, and eventually with the construction people on site.
[…] The significance and uniqueness of hand drawings lies not in the clarity of their message but in their inherent imperfection. […] As our mind is never in complete control of our hand, it is free to create signs left open for interpretation. More than once I was surprised at how drawing by hand can produce possibilities that I most likely would not have been able to imagine consciously. […] In this respect, hand drawings help to channel the vague ponderings of the mind into visual images of a developing concept. It is then up to the eyes to trace and to decode their meaning.
The architect’s way of thinking is through the eyes.” (Zvi Hecker, “I Draw Because I Have to Think.” In: Andres Lepik, ed. Zvi Hecker. Sketches. Ostfildern: Hatje Cantz Verlag, 2012. 21

Works by Zvi Hecker in Our Collection

In 1996, along with the drawings for the Heinz-Galinski-Schule (1990–1995), the Jewish Museum Berlin acquired the two models “The School as an Open Book” and “Berliner Berge.” After the two large-format sketches were acquired for the Heinz-Galinski-Schule in 2001, in 2015, with the support of the Friends of the Jewish Museum Berlin, the museum succeeded in purchasing an extensive collection, which Zvi Hecker expanded through gifts and permanent loans. In particular, these include sketches and models for the Jewish Cultural Center in Duisburg (1996–1999) and a model of his design for the Memorial to the Murdered Jews of Europe.

Since the 1990s, the small Jewish communities in Germany have grown considerably through immigration from the former Soviet Union. Zvi Hecker's designs are amongst the most significant of the newly-erected synagogues and other community buildings. Furthermore, his competition entries, like the one for the Memorial to the Murdered Jews of Europe, are testament to his involvement in the design of the historic topography of Berlin – the city in which he has lived since the Heinz-Galinski-Schule project brought him here. 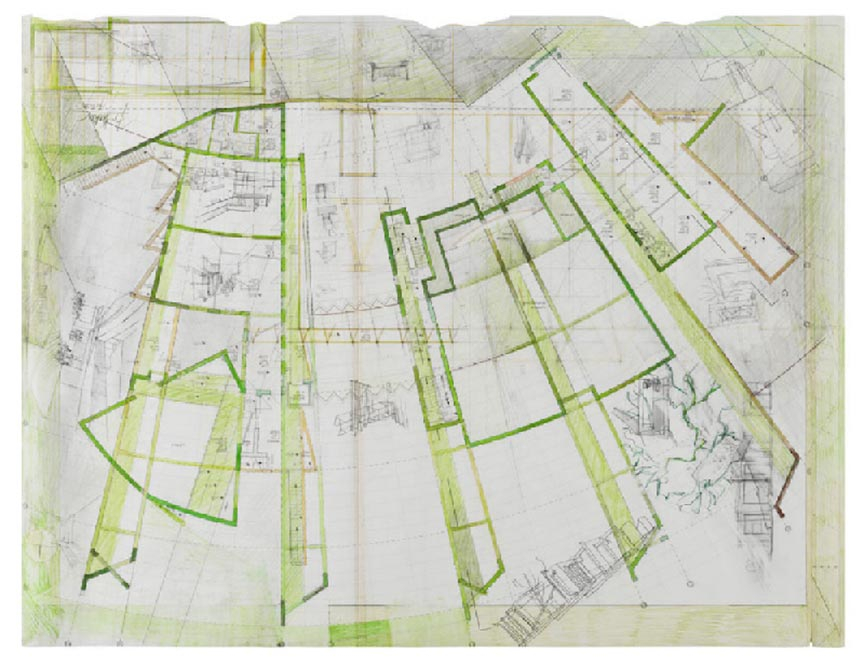