Kosher & Co.: On Food and Religion

This book centers on kashrut – Jewish dietary laws – and Judaism's broader relationship with food. It proceeds to make comparisons with other world religions, primarily Christianity, Islam, and Hinduism. Well-known scholars of religion and culture illustrate the developments and peculiarities of the different religious traditions and how they view food. It ultimately becomes clear that the saying "you are what you eat" also holds true in the religious context: food promotes identity, be it for a particular group of people or an individual.

"Identities" is the title of one of the eight chapters in the elaborately designed book, in which various authors explore questions concerning "Food and Religion." The authors also consider the subjects of "Bread and Wine," "Enjoying and Abstaining," and "Paradise." Around 170 primarily color illustrations give further insights into the topic’s rich diversity. Recipes invite readers to try cooking what they have read about and broaden their horizons, both culinary and otherwise.

by Cilly Kugelmann and Michal Firedlander
In German only

by Iris Blochel-Dittrich
In German only

by Michal Friedlander
In German only

by Florian Werner
In German only

Our temporary exhibitions have had accompanying catalogs, journals, and essay collections in various formats.

Exhibition Catalog A Muslim, a Christian and a Jew

Companion booklet to the exhibition about literature from DP camps

Special Issue for the Exhibition

A catalog accompanying the exhibition Russians Jews Germans. Photographs by Michael Kerstgens from 1992 to the Present

Heimatkunde (How German is it?)

Exhibition catalog about Jewish authors and illustrators and comics

Jewish-Owned Cultural Artifacts from 1933 to the Present

Book on the Installation by Chantal Akerman

Companion publication to the multimedia installation The Danube Exodus: The Rippling Currents of the River

A Publication by the Berlin Municipal Museum

The Story of the Loevy Bronze Foundry (Exhibition Publication) 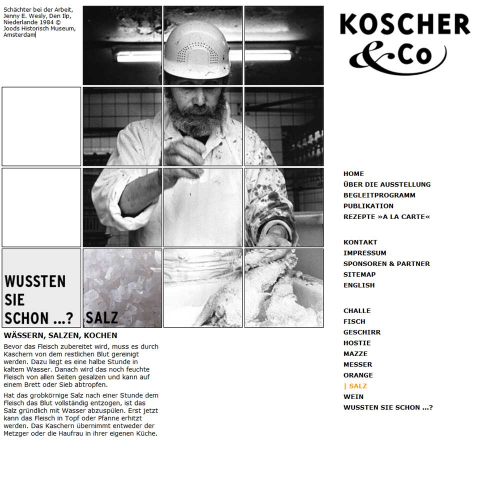