Horst Selbiger was born in 1928 to a Jewish family in Berlin. He experienced social exclusion at school and witnessed the riots in November 1938. After the closure of Jewish schools in summer 1942, he had to perform forced labor. In February 1943, he was imprisoned for a few weeks during the “Factory Action” (Fabrikaktion).

After his liberation in 1945, Selbiger first moved to a DP camp and after the founding of the GDR to East Berlin in 1949. He worked as a journalist and used a business trip to the Auschwitz Trial in Frankfurt am Main in 1964 to escape to the West. Today he lives in Berlin.

Horst Selbiger talks to the Program Director of the Jewish Museum Berlin, Léontine Meijer-van Mensch. With an introduction by the Director of the Foundation Memorial to the Murdered Jews of Europe Uwe Neumärker and a words of welcome by the Vice-President of the German Bundestag Petra Pau. 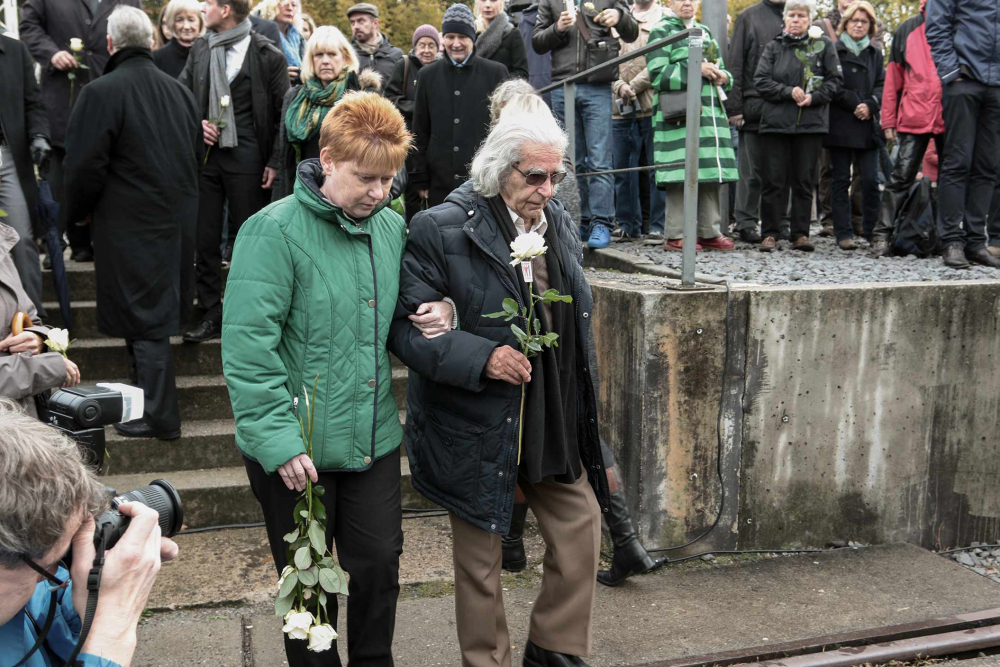 Horst Selbiger and Petra Pau at a memorial event in 2016; photo: Foundation Memorial to the Murdered Jews of Europe.