“This four-minute performance means three to four months of training”

Interview with Susanne Benizri, youth counselor for Baden and leader of the Jewrovision team “Or Chadash Mannheim feat. JuJuBa” 2017

In 2017, Jewrovision, the largest singing and dancing competition for Jewish youth in Europe, will take place for the 16th time. Last year an audience of over 2,000 gathered at the Rose Garden Hall in Mannheim, accompanying the brilliant stage show produced by youth centers with frenetic applause.

It’s hard to imagine that Jewrovision 2002 was just one of a number of evening programs at a Jewish recreational camp called Machané. Back then, at a recreational center in Bad Sobernheim (not far from Frankfurt), six groups from various cities appeared on a stage just three yards wide. Today, only 15 years later, there are 18 teams presenting their multi-media performances on enormous stages in much larger venues. An extraordinary development. The Central Council for Jews in Germany took over sponsorship of the whole event in 2013. This year the host city will be Karlsruhe. As part of the Jewish Youth of Baden (Jüdische Jugend Baden or JuJuBa), the Karlsruher Kids have been training for a number of months together with their friends from Jewish youth centers in Mannheim, Rottweil, and Pforzheim for the big performance on 18 February 2017. 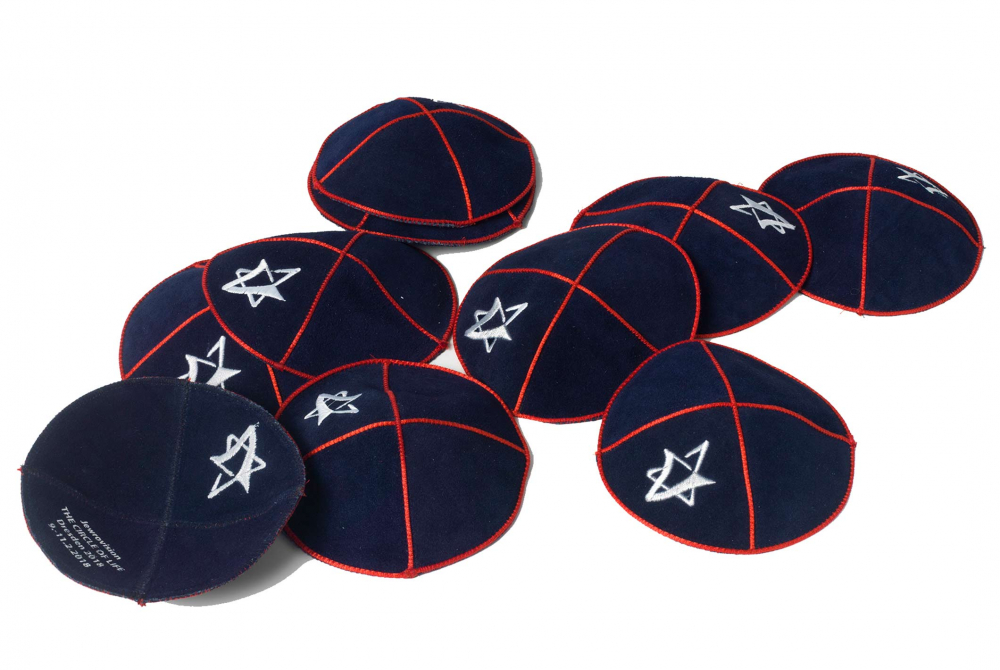 In the run-up to the event I asked Susanne Benizri, youth counselor for Baden and leader of the team “Or Chadash Mannheim feat. JuJuBa”, a few questions:

Dear Mrs Benizri, you have been active for over 30 years in Jewish youth work, particularly for the Jewish youth centers in Baden. What does Jewrovision offer Jewish youth in your opinion?

I always say: Jewrovision would have been invented sooner or later. It’s not only about the four-minute performance onstage and the weekend where everyone meets — although these three days are certainly extremely important. These four minutes, though, mean three to four months of training, every single Sunday. I find it incredible to motivate children and young people from the ages of 12 to 17 to get up on Sunday morning, leave their PlayStations and computers, come to the youth center and work together for such a long time on a project. Jewrovision gets young people excited at an age when it’s otherwise hard to reach them. The Central Council makes this event possible and I cannot thank them enough for it.

What happens with the kids during rehearsals? What do you gain the most from?

The group dynamic is the decisive factor. Everyone works together on one theme, which they transpose into dance and music as well as through the choice of their costumes. A 12-year-old and a 17-year-old are usually worlds apart. But in this project they’re practicing side by side, experiencing the highs and lows together, learning how to deal with frustration and how to be fair with each other. It creates a real connection between them all and binds the youth center very closely together.

“The kids should have fun on stage. That’s more important than anything.”

The motto of Jewrovision 2017 is “United Cultures of Judaism”. How did you and your team interpret this theme?

We come from different countries and wherever we travel, we go to synagogue and are invited to Shabbat. What we eat, the way we pray, the holy days we celebrate — that’s what connects all of us Jews around the world to one another. We realize this. Then we wondered, above and beyond this, what our Jewish values might mean. A strong Jewish value that I always underscore as a religion teacher: there isn’t just one way to believe in G-d and be a good person, but rather a variety of ways. I believe that we can all learn something from this universal Jewish principle. Wherever we come from, whomever or whatever we believe in, the important thing is that we live together. That’s why we as a team chose as our focus the peaceful coexistence of religions and cultures, and thus expanded the motto “United Cultures of Judaism” to “United Cultures of Humanity”.

Your team “Or Chadash Mannheim feat. JuJuBa” returned home both of the last two years with the trophy. What do you think your chances are for third in a row?

All 18 teams have practiced hard for this performance and each wants to finish the weekend at the fore. I think we’ve improved since last year and I like our message. Of course I want us to win, but I wouldn’t presume to predict that we will for sure. It was simply incredible that we won the last two years. We certainly want to use that positive energy and try to do our best. The most important thing is the time before and the time afterwards — and that we’re all together. That’s not just lip service, I really mean it and I tell the kids too. They should have fun on stage. That’s more important than anything.

The interview was conducted by David Studniberg, who provided the team “Or Chadash Mannheim feat. JuJuBa” support as a vocal coach in their rehearsals.