In Germany, from 1933 to 1945, cultural artifacts were stolen or confiscated from Jewish owners in an unprecedented manner, and often destroyed. The November Pogroms nearly eighty years ago represented a culmination, when synagogues were destroyed and valuable Jewish ceremonial objects were stolen. As a result of confiscations and forced sales, privately owned Judaica was often sold as well. After 1945, these objects surfaced in attics, at flea markets and auctions.

Today they are also in the holdings of many museum collections. For a long time, Judaica represented a neglected area of provenance research. Now the Jewish Museum Berlin and the New Synagogue Foundation Berlin – Centrum Judaicum are hosting an international “Stolen Judaica” symposium on June 18 and 19 on the research of the provenance of these objects. This will be the first time a conference is being dedicated exclusively to research on the origins of Jewish ceremonial objects in Germany and Israel. 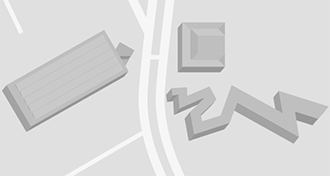 "Jewish ceremonial objects that were seized from their owners during this time, as a result of persecution, can often still be found in museum depots. A network of experts from Germany and in Israel will help us to develop promising new methodological approaches to provenance research."
– Léontine Meijer-van Mensch, Program Director of the Jewish Museum Berlin.

The symposium on June 18 at the Jewish Museum Berlin will include eight lectures, offering insight into ongoing research projects and methodological approaches to provenance research, aiming to further develop this branch of research. Experts from Israel and Germany will report on their handling of Judaica finds and present the results of their research. The symposium addresses small regional museums in particular, and collections containing objects of unknown provenance. The public evening event in the New Synagogue Foundation Berlin – Centrum Judaicum will be opened by Monika Grütters, Federal Government Commissioner for Culture and the Media, and Israeli Ambassador Jeremy Issacharoff. The event will focus on the discourse on provenance and remembrance in Germany and Israel in the context of the respective societies and their memory culture. Four workshops on June 19 in the Jewish Museum Berlin will direct attention to specific questions and challenges involving Judaica. Using original Jewish ritual objects such as Torah ornaments, Kiddush cups, and ritual textiles, one workshop will focus on the characteristics of Judaica.

The Jewish Museum Berlin is the first institution in Germany that is systematically and proactively researching the origins of Jewish ceremonial objects. The first focal point of the project was the Zvi Sofer collection, with more than 300 objects with gaps in their provenance; so far, there have been no indications to suggest stolen Jewish property. Since May 2017 Dr. Anna-Carolin Augustin, a research associate at the Jewish Museum Berlin, has been researching the provenance of the museum’s collection, with more than 1600 Judaica objects. This two-year provenance research project is being sponsored by the German Lost Art Foundation.

Here you can find the complete program.

Sponsored by the Federal Government Commissioner for Culture and the Media, with the support of the German Lost Art Foundation.