Shavuot, the Jewish Feast of Weeks, is celebrated every year on the 6th of Sivan. That date is seven weeks after Passover – hence the name – and falls in May or June of the Gregorian calendar. The holiday lasts one day in Israel and two days in the Diaspora.

Shavuot is one of the three pilgrimage festivals of Israel, along with Passover and Sukkot, when the Shemot (Exodus) specifies that “all your males shall appear before the Sovereign LORD” (Shemot 34:23). In biblical times, offerings (the “first fruits” of the harvest) were brought to the Temple in Jerusalem and presented to the priests.

Aside from this connection to nature and this religious-historical background, the holiday accumulated additional meanings over time. 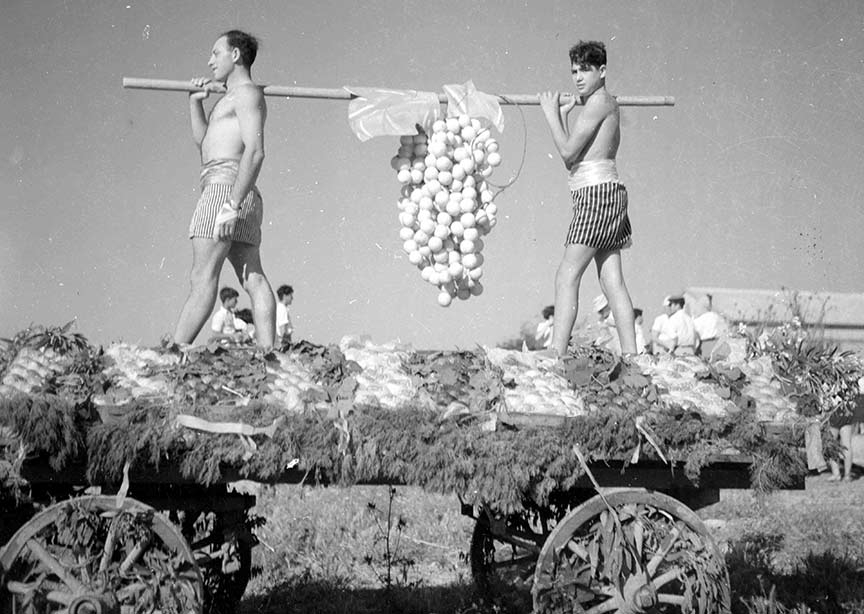 The First Fruits of the Harvest, 1953; the Education Center of the National Library of Israel CC BY-SA 3.0, via Wikicommons

“You shall observe the Feast of Weeks, of the first fruits of the wheat harvest.” (Shemot 34:22)

According to Talmudic traditon, Shavuot is the day when the Ten Commandments were given on Mount Sinai. The “ten words” (Hebrew: Asseret ha-Dibrot) represent the very first moral law in human history, on which our understanding of ethical laws is based to this day.

The seven weeks between Passover and Shavuot correspond to the time period after the Exodus from Egypt when the Israelites were in the desert waiting to receive the Torah (which literally means “instructions,” or “teachings”) on Mount Sinai. This is the time period of the Counting of the Omer (Sefirat ha-Omer). “Omer” refers to the “sheaves” of the first harvest in the spring. In the age of the Temple, the sheaves were presented as sacred offerings on the second day of the Passover festival.

The act of counting the Omer emphasizes the special connection between the two holidays: Passover stands for physical liberation and Shavuot stands for spiritual liberation. During the period of slavery in Egypt, the moral standards of the Jewish people had sunken to a low level. Thus, the time between Passover and Shavuot is seen as a period of growth and self-improvement in preparation to receive the Torah. The 49 days of the Omer period also stand for the 49 Gates of Understanding. 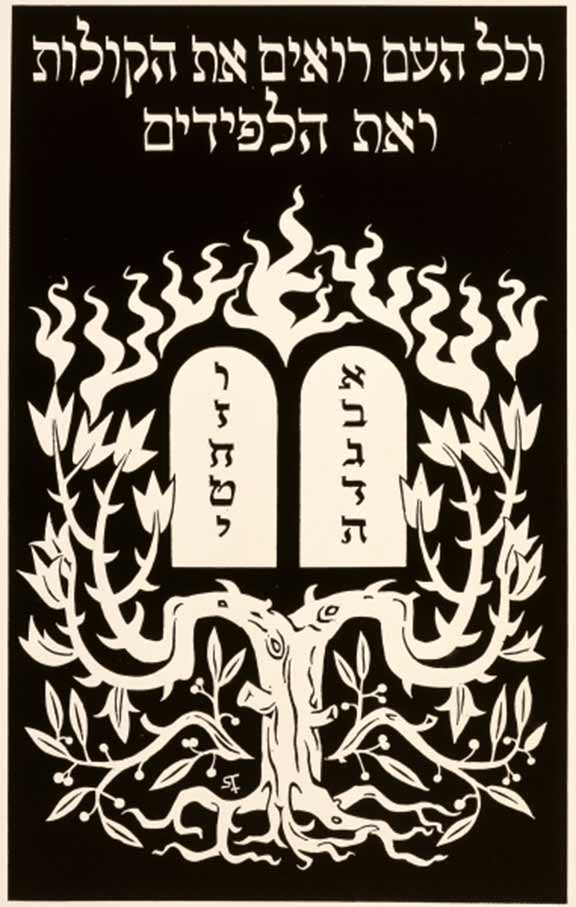 Hugo Steiner-Prag, All the people witnessed the thunder and lightning (Exodus 20:15). From the portfolio “Designs for a Machzor,” 1963, based on a design from 1936; Jewish Museum Berlin, accession 2002/229/11. You can find more information on this object in our online collections (in German)

The 49 Days of the Omer also stand for the 49 Gates of Understanding.

Through a history of pogroms and other expressions of anti-Jewish hatred, this originally festive season evolved into a kind of mourning period. This is why no weddings are held during the Omer, for example.

The one exception is Lag ba-Omer, the thirty-third day after Passover. According to tradition, on this day, the Jewish freedom fighter Bar Kochba had a victory in his uprising against the Roman occupiers (132–135 CE). Another source holds that there was a plague raging among the disciples of the famous Rabbi Akiva (d. 135 CE), which came to an end precisely on the thirty-third day after Passover. For this reason, joyous occasions such as weddings and other family festivals may be celebrated on this day.

In the morning prayer service, the Ten Commandments are read from the Torah.

Because the sacred teachings (Torah) were revealed on Shavuot, it is common to hold a “night of learning” on the first night of the festival (Tikun Leiyl Shavuot). Observant Jews gather in synagogues or other spaces of the Jewish community and learn Torah all night. The organizers of these learning nights assemble texts to study in advance. These might include verses from all the different weekly Torah portions (parashot), from any book of Scripture (Torah), the entire book of Ruth, tractates from the Mishnah (part of the Talmud), the 613 commandments and prohibitions (mitzvot) and selections from the Kabbalah. Sometimes, these nights of learning follow a special theme, such as “Judaism and Sexuality,” which is discussed until late at night in relation to the selected texts.

The book of Ruth contains many topics that fit the holiday. Ruth, a convert to Judaism, was distinguished for her unshakable faith and her determination to enter a covenant with God and to live by the laws of the Torah. Without outside encouragement, she did not hesitate to leave her father’s royal court and join the People of Israel: “For wherever you go, I will go; wherever you lodge, I will lodge; your people shall be my people, and your God my God” (Ruth 1:16).

During the morning prayer service, the Ten Commandments are read from the Torah. 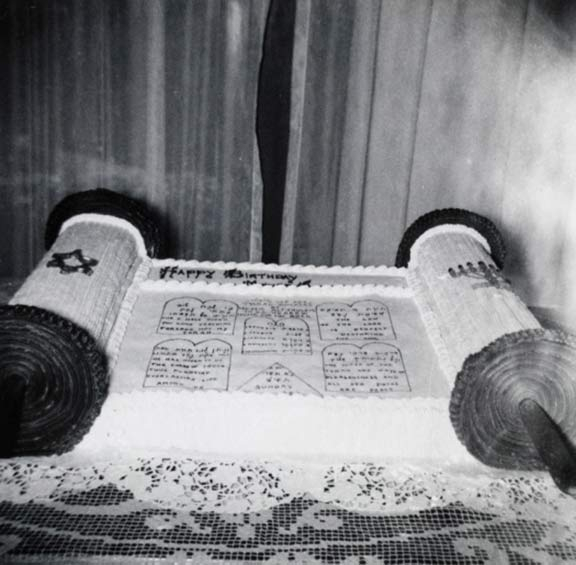 Despite the major significance of the Festival of Weeks, there are not as many popular rituals as for the other two pilgrimage festivals. At home, celebrants light holiday candles and refrain from working. There is a custom of decorating the synagogue with flowers and plants to recall the holiday’s agricultural origins.

Traditionally, dairy dishes are eaten on Shavuot, such as blintzes (similar to crepes), cheesecake, pizza, or quiche. There are various reasons for this custom: 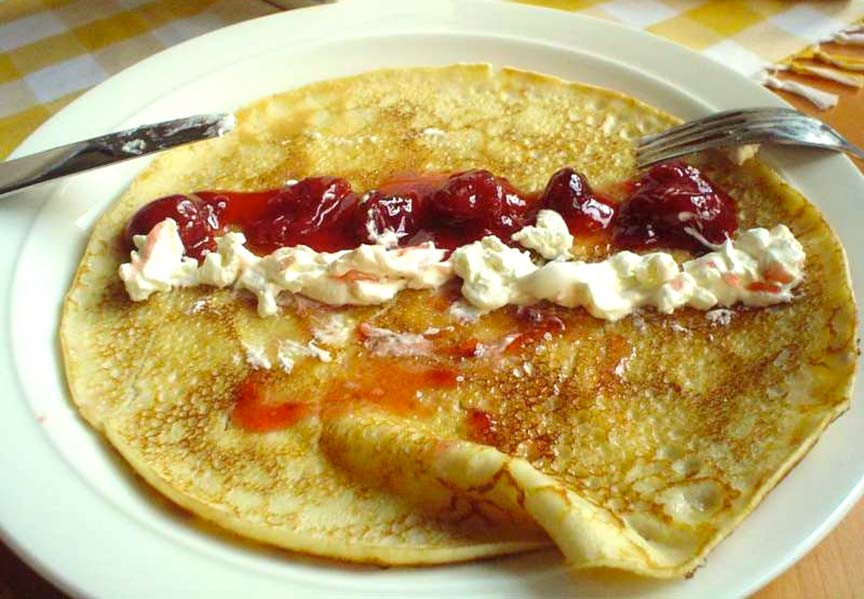 Cheese blintzes, similar to crepes, are a popular dish on Shavuot; CC BY-SA 3.0, via Wikicommons

Moses, a prophet who rescued the people of Israel from Egyptian slavery and led them through the desert to the Promised Land, received from God the Ten Commandments and the Torah on Mount Sinai 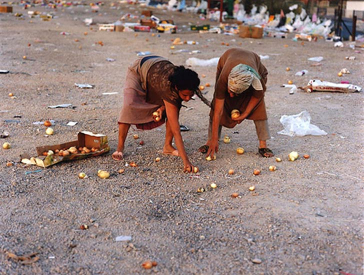 The Long Night of Tikkun

or what we can learn from loving women