The Museum’s Organizational Structure and Administration

As a foundation that is directly under federal government control, the museum is an independent legal entity subject to public law and part of the German federal government’s “indirect public administration”. As a result, unlike a private foundation, it is subject to the same rules as other publicly funded bodies. For example, public procurement law applies to all purchases made by the museum.

The Jewish Museum Berlin Foundation receives an annual grant from the funds of the Federal Government Commissioner for Cultural Affairs and the Media; this covers around three-quarters of its total budget. The remaining funds are raised primarily through donations and ticket sales. We value collaboration with other museums, foundations, research institutions, schools, and nonprofits.

The Jewish Museum Berlin's biennial reports from 2005 to the present

Board of Trustees of the Jewish Museum Berlin

The Advisory Council of the Jewish Museum Berlin 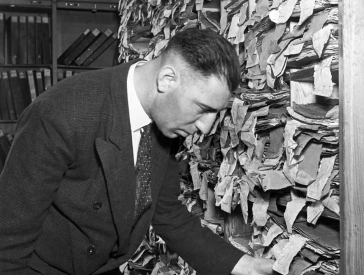 Topics, activities and locations of the Jewish Museum Berlin

Vision, Mission and Values of the Jewish Museums Berlin

Show all
Back to top