The Book of Numbers

Autobiography and family history, ghostwriting for beginners and Silicon Valley history, international thriller and sex comedy – Book of Numbers by Joshua Cohen is an exuberant novel that pushes the art of book writing in times of the internet to the extreme.

Cohen, a former Talmud scholar, is considered to be "one of the most advanced writers of the present" (FAZ) – this American author’s stories and novels are proof of his prowess in precise observation, virtuoso language, and existential wit.

Recurring themes in his work are religion, displacement, life in exile, and the Holocaust.

Joshua Cohen will read from the Book of Numbers for the book launch of the German translation and will talk to literary scholar Jan Wilm about writing and his experiences as a Samuel Fischer guest professor at the Free University of Berlin.

Joshua Cohen was born in 1980 in New Jersey. He received numerous awards for his literary work, including the Pushcart Prize (2012) and the Matanel Prize in Jewish Literature (2013). The magazine GRANTA voted him one of the ten best young American authors of the last ten years. In the winter semester 2017/2018, he is teaching as a Samuel Fischer Guest Professor in Berlin.

Judaism and Islam – The History of Theological Relations

21 November 2019
Lukas Mühlethaler (Free University Berlin) and Imam Abdullah Antepli (Duke University, USA) discuss how they see each other from different perspectives (in German and English)

Conversation with the Artist Thomas Struth

5 December 2019
Photographer Thomas Struth and Theresia Ziehe, curator of photography at the Jewish Museum Berlin, talk about the process of creating the collective photography exhibition This Place.

16 September 2019
Zvi Aviram was born in January 1927 in Berlin as Heinz Abrahamsohn. From age 14, he had to perform forced labor in the arms industry. During the so-called factory operation on 27 February 1943, his parents were arrested and deported and he himself went into illegality.

29 August 2019
In his book From Berlin to New York, Karl M. von der Heyden describes his experiences as a child and youth in war-torn Germany and his journey to the USA, where he began studying at Duke University in 1957 and rose to the boardrooms of Pepsi and Dreamworks.

12 June 2019
Sally Perel was born in Peine in April 1925. After the German invasion of the Soviet Union he pretended to be a Volksdeutscher and called himself Josef Perjell.
In 1990, his memoirs were published and were filmed in the same year under the title Hitlerjunge Salomon.

“To Know One Religion Is to Know None”

28 August 2019
W. Michael Blumenthal Fellow Walid Abdelgawad talks about reflections on Islam and Judaism in the writings of German-speaking Jewish orientalists between 1833 and 1955 (in German)
Video: in German; no subtitles

Do You Believe in Miracles?

13 June 2019
Many people are skeptical of miracle stories found in Jewish and Muslim Scripture, or reject them entirely. For others, as believers, they are objective accounts of the facts and proof of God’s existence. Is it possible to believe in miracles in this day and age? A discussion with James A. Diamond, the expert in Jewish philosophy, and Umeyye Isra Yazicioglu, a scholar of religion.

Museums, Religion, and the Work of Reconciliation and Remembrance

Humanity: Between Destiny and Free Will

30 April 2019
New findings in psychology, neurology, and genetics have been increasingly casting doubt on humans’ capacity to make conscious decisions. This comes down to whether humans are responsible for their own actions. Is our free will really just an illusion? A discussion with Alan Mittleman (Jewish Theological Seminary of America) and Martin Mahmud Kellner (Institute of Islamic Theology, Osnabrück).

How Much God Is in the Holy Scriptures?

5 March 2019
How can belief in the divine revelation of Scripture be reconciled with historical textual research? A discussion between Benjamin Sommer, an expert in modern Jewish theology, and Ghassan el Masri, researcher on the Koran in the context of the Arabic literature of his time.

27 January 2019
Cellist and contemporary witness Anita Lasker Wallfisch shares the stage with three generations of her family for the first time.
Marking the anniversary of the liberation of Auschwitz concentration camp on 27 January 1945, they read letters from the family written between 1942 and 1952 and play works by Beethoven, Schubert, Bloch, and others.

Peter Neuhof: A Youth in the Shadow of the Persecution

3 December 2018
Peter Neuhof speaks about his memories and experiences in an interview with Aubrey Pomerance, head of the archive. His parents were active members of the German Communist Party (KPD) and were arrested in 1943. Peter was able to remain in the parental home.

22 November 2018
This event for the “'68 Now” series discusses (in German and Polish) the events of 1968 from the Polish perspective. In Poland, the student protests were co-opted by an antisemitic rampage that resulted in 13,000 Jews being forced to leave the country.

Science in the Light of Faith

20 November 2018
Geoffrey A. Mitelman and Ahmad S. Dallal discuss how Jewish and Islamic theologians have reflected for centuries on the conflicting powers of God and his revelation and human reason.

11 and 12 October 2018
The international conference “Living with Islamophobia” considered how cultural and religious affiliations are constructed and invited experts to enter into discussion.

30 August 2018
Is Antisemitism increasing with the number of refugees from Arab countries? We discuss with political, academic, and practical experts which manifestations of antisemitism among Arab migrants and Muslims in Germany exist (in German).

Michael Sfard:
The Jerusalem Dispute. The Fight for Human Rights in Israeli Courts

Seyla Benhabib: The Global Refugee Crisis and the Challenge to Liberal Democracies

25 June 2018
Hanni Levy describes her wartime memories and experiences. Hanni Levy, born in 1924, survived the Nazi era in hiding in Berlin with the help of courageous friends.

My God, Your God, No God

Ongoing Struggles. Anti-Discrimination Work during the Rise of the Far Right

7 June 2018
Opening Session of the academic conference
Including Imani Perry's keynote »What Lies Underneath: Difficult Histories and the Resurgence of The Far Right«

28 May 2018
Born in Breslau in 1925, Anita Lasker Wallfisch studied cello in Berlin from 1938. In 1942, Anita’s parents were deported to Izbica and murdered, and in 1943 Anita and her sister Renate were deported to Ausschwitz.

Lives in Common: Arabs and Jews in Jerusalem

8 May 2018
Author Menachem Klein in Conversation with Cilly Kugelmann

Equal before God and Humans?

How Much Criticism Do Judaism and Islam Tolerate?

9 April 2018
Margot Friedländer was born in 1921 in Berlin and has had close ties with the museum for many years. She reads from her memoir, which takes its title from her mother’s last message to her: Try to Make Your Life.

What is the Relationship Between Antisemitism and Islamophobia?

The Right to Life

The Book of Numbers

Walter Frankenstein: Not with Us

31 January 2018
Born in 1924 in West Prussia, Walter Frankenstein lived in Berlin from 1936. When deportation threatened, he went into hiding with his wife and their five-week-old son. The family managed to survive with the help of friends.

Human Rights Treaties and How They are Received

Kurt Roberg: A Visa Or Your Life

4 December 2017
Born in Celle in 1924, 14-year-old Kurt Roberg fled alone after the 1938 November pogrom to the Netherlands, where he was to finish school. He finally reaches his family in New York via Berlin and Lisbon in 1941.
Language: German

Human Rights and Religions – A Contradiction?

24 to 27 October 2017
International conference for scholars from different continents and academic disciplines, who discuss questions of culture, identity and memory of Jewish life in Arab and Muslim majority countries.

Henry Wuga: A Nuremberger from Glasgow

23 October 2017
Henry Wuga was born to a Jewish mother and a Catholic father in Nuremberg in 1924. In 1938, his parents were able to send him to Scotland with a children’s transport and later in 1947, he could bring his mother, who had survived in hiding, to his home in Glasgow.
Language: German

Luther, Rosenzweig, and the Script

Military Ethics: The (Religious) Laws Silent Beneath the Weapons?

The Boundaries of Life - Bioethical Challenges

Jews in North Africa During the Second World War

Panel discussion on 26 October 2016
With: Micha Brumlik and Ingrid Mattson
Language: German and English, no subtitles

Antisemitism in the Arabic World – Facts and Myths

Feminist Approaches to Judaism and Islam

International conference from 12 to 14 November 2015
Recording of the opening event
Language: German and English, no subtitles

What Does Diaspora Mean for Jews and Muslims?

On Life – Working with People Traumatized by the Shoah

Kill Me a Son!

International conference from 11 December 2014 to 12 December 2014
Recording of the presentation "Future of European Jewry"
With: Dr. Karen Körber and Dr. Diana Pinto
Language: English, no subtitles

Concepts of Citizenship and Participation in European Comparison

Symposium on 2 March 2014
In four lectures, the symposium explores the history of Theresienstadt, the “ghetto of exceptions,” from four different angles.
With: Wolfgang Benz, Anna Hájková and Hanno Loewy
Language: German, no subtitles

Is Higher Education a Safeguard Against Racism and Antisemitism?

"What do we mean when we say 'antisemitism'?"

Keynote lecture on 8 November 2013
Opening of the conference Antisemitism in Europe Today: the Phenomena, the Conflicts
With: Brian Klug
Language: English 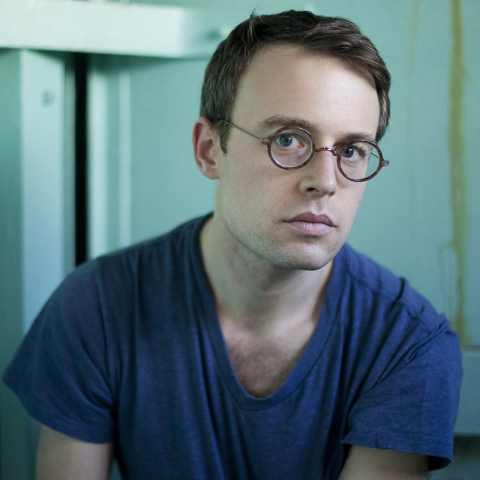