My Light is Your Life

Is the golem a luminous figure? In what is presumably the best-known golem legend, he is presented to us as the rescuer of the Prague Jewry, since Rabbi Judah Loew was able to save his congregation from expulsion and death with the help of the mythical, mystical creature, making the Jewish ghetto a safe haven (at least temporarily). The MaHaRaL (Moreinu ha-Rav Loew, "Our Teacher, Rabbi Loew") ostensibly created the golem in the sixteenth century in response to an acute threat. Made out of inorganic material (clay), he was brought to life. This act is a "lesser" story of creation, as the golem remains incomplete. He cannot speak, and opinions are divided regarding his capacity for empathy. The golem’s limited ability to communicate leaves him a crude creature, dependent on his maker, and his superhuman powers can be used for either good or evil.

The creator and master must be a pious and learned Jew, so the creation of a golem is not an act of arrogance, as is reported in numerous stories about artificial humans and monsters. Instead, the golem is a divine service in a literal sense. The act first becomes hubris when the creator does not "kill" the golem after its purpose has been served, that is, when the golem is used for purposes without divine legitimation. There are myriad stories about golems who increasingly get out of control and ultimately kill their creators. Can the golem be a luminous figure?

Looking at the cultural history of the story, it can be shown that the golem originated in the medieval kabbalah, but its general effective force did not unfold until the nineteenth century, when also German-speaking Jews, inspired by the numerous collections of fairytales and sagas such as those of the Brothers Grimm, produced their own editions of popular folklore, including the stories of the Golem (of Prague). This legend suddenly became a focus in the twentieth century. Yehudah Yudel Rosenberg published a book of folk tales about the golem in 1909, in Hebrew and Yiddish; in 1919 Chayim Bloch published a German version (though not crediting Rosenberg) called Der Prager Golem. Von seiner Geburt bis zum Tod, published in English in 1925 as The Golem: Legends of the Ghetto of Prague. This text stylizes the golem into a rescuer used "for the protection of persecuted Jews," and "a symbol of God’s help, which always comes in due season, although frequently (like the Golem) at the last, most anxious moment« (Chayim Bloch, p. 35). The golem is thereby reinterpreted to become a narrative of modern Judaism. This attempt to counter the aggressive antisemitism of the prewar and interwar periods with a superhuman redeemer figure, whose existence invokes the privileged relationship between God and his chosen people, reflects the conflicts and ambivalences of Judaism in the early twentieth century. Against this background the golem is indeed a luminous figure.

Anna-Dorothea Ludewig studied comparative literature, completing her doctorate in 2007 with a dissertation on the subject Between Czernowitz and Berlin: German-Jewish Identity in the Life and Works of Karl Emil Franzos, 1847–1904. She is a research associate at the Moses Mendelssohn Center for European-Jewish Studies, and her main area of study is cultural and literary history. She is also a member of the editorial staff of Medaon – online journal for Jewish life in research and education. 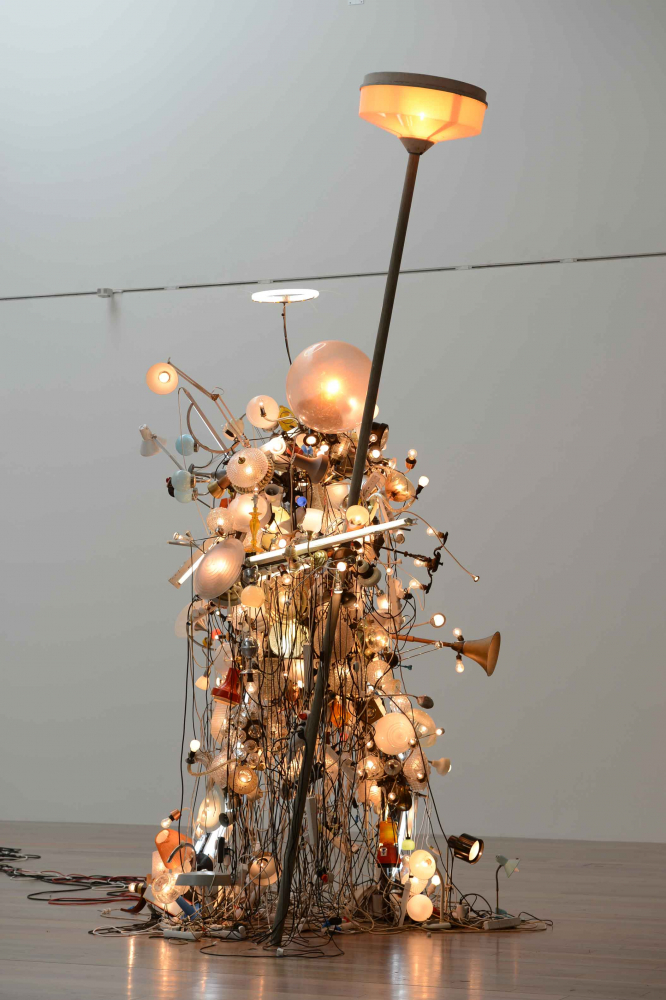 Anna Dorothea Ludewig (2016), My Light is Your Life. Article in the Exhibition Catalogue GOLEM.
URL: www.jmberlin.de/en/node/4688