In the first half of the twentieth century, the French capital was a magnet for artists from around the world. With Paris Magnétique. 1905–1940, the Jewish Museum Berlin presents the first major ex­hibition in Germany devoted to Jewish artists of the School of Paris. Featuring around 120 works in ten sections, the ex­hibition traces how migrant, often marginalized perspectives from the Parisian avant-garde have influenced today’s under­standing of Western modernist art. On show will be works by famous and lesser-known artists, including Marc Chagall, Amedeo Modigliani, Chana Orloff, Sonia Delaunay, and Jacques Lipchitz.

The Berlin presentation is a continuation of the ex­hibition Chagall, Modigliani, Soutine… Paris pour école, 1905–1940, which was shown in Paris at the mahJ – Musée d’Art et d’Histoire du Judaïsme (Museum of Jewish Art and History) from June to October 2021. 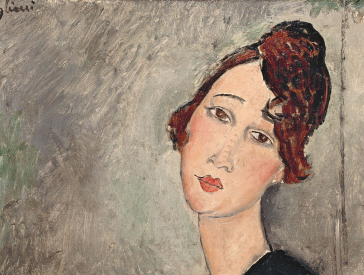 Jewish artists of the School of Paris