“Dem Deutschen Volke” (To the German People). The bronze inscription was mounted on the Reichstag building in Berlin during the First World War, a commission for the purveyors to the court Albert and Siegfried Loevy.

Founded in 1855, the S.A. Loevy foundry supplied impressive government buildings and private villas with fittings, inscriptions, and extravagantly designed door portals until its "Aryanization" in 1939. This book follows the history of the Loevy family and company from the German Empire to Nazi persecution. It recounts the fates of individual family members such as Leo Kopf, choir director and composer, and Erich Gloeden, who in 1944 was sentenced to death by the People's Court – in the name of the German people – for hiding a General involved in the 20 July attempt to assassinate Hitler. 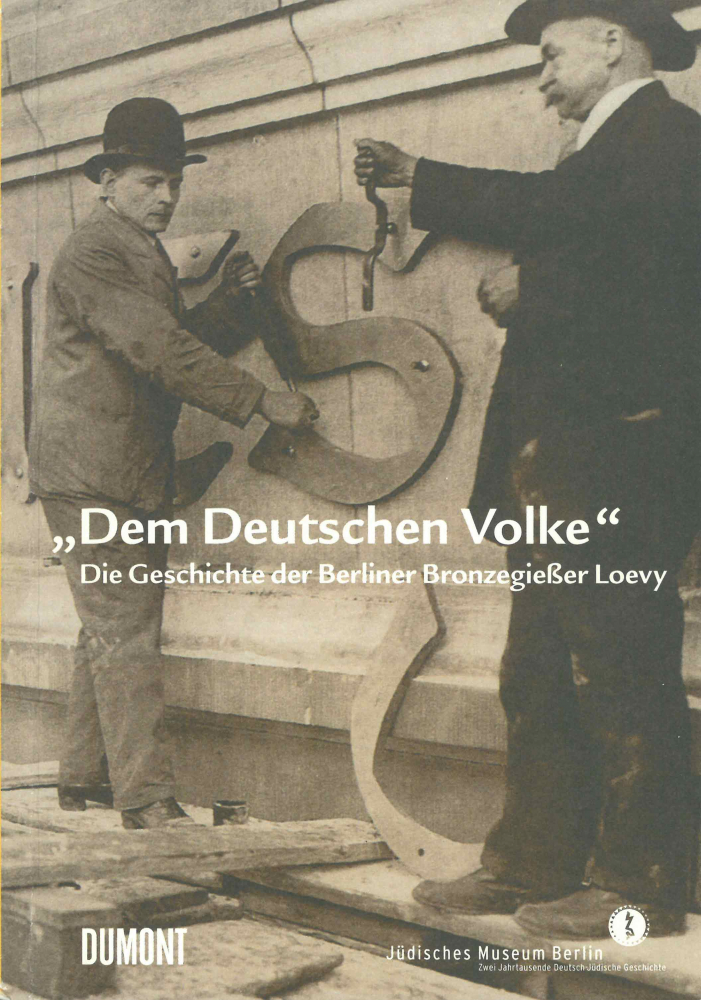 You can order this publication by contacting: (To the German People). The Story of the Loevy Bronze Foundry from Berlin