There are very few copies of this book's first edition in existence because shortly after being published in 1938, it was banned. It's a volume of essays titled Aus drei Jahrtausenden (From three millennia) by Leo Baeck (1873–1956). The rabbi was one of the major representatives of German Liberal Judaism, taught at the Hochschule für die Wissenschaft des Judentums (Higher Institute for Jewish Studies), and served as president of the national association of German Jews starting in 1933. 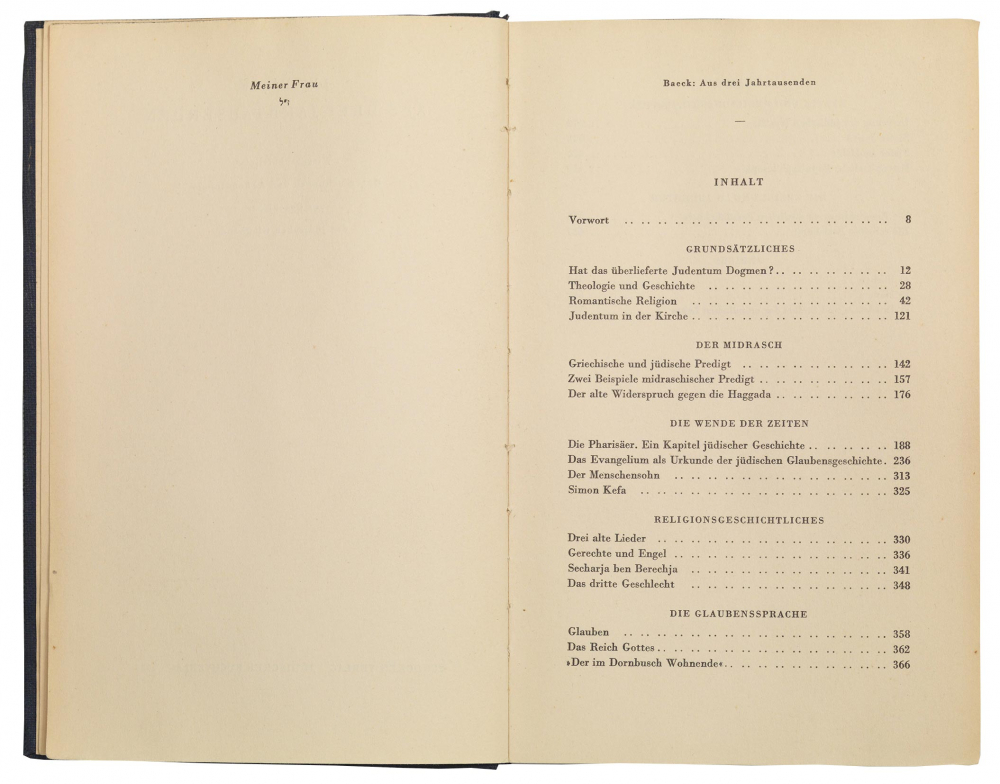 When the Berlin publishing house Schocken published Leo Baeck's essay collection, it was with the approval of the Gestapo. The Gestapo revoked the approval straight after the book was released, however, so that virtually the entire print run was reduced to pulp. Just a few copies made it abroad before the ban was imposed. These precious collector's items outlasted Nazi rule in libraries in the US, Jerusalem, and Copenhagen.

Leo Baeck: Resistance against Nazism in Word and Deed

The essays are expositions on the history of the Jewish faith. Published in 1938, they can be construed as challenging Nazi ideology. A second edition of the volume, published in 1959, compiled twenty-two of the original twenty-four wide-ranging essays that Baeck had written over four decades.

Leo Baeck declined all opportunities to emigrate from Germany and was deported to Theresienstadt in 1943. When he emigrated to London in 1945 following his liberation, Leo Baeck did not possess a copy of his own important work.

The Story of Our Copy

This rare copy of the first edition, from our collection, was given to the museum by Wolfgang Hamburger in 2004. Born in Stettin (now Szczecin, Poland), the rabbi began studying at Berlin's Academy of Jewish Research in fall 1939. Hamburger was condemned to forced labor from 1941. He was one of the first students to resume studying in Berlin after 1945. He emigrated to the US in 1947 and died in 2012. The handwritten note "Wolfgang Hamburger, 12. März [March] 1942" attests to the book's first owner.