Since 2008, parents in the city of Tel Aviv-Yafo have received a welcome present for their newborn child: a picture book with eight illustrations by Tom Seidmann-Freud accompanying children’s poems by Chaim Nachman Bialik. The plates come from the artist’s various creative phases, and some of them are previously unpublished works from the estate of her daughter, Aviva Harari née Angela Seidmann. The Hebrew fairy tale book in our collection, published in 1923, also resulted from a collaboration between Tom Seidmann-Freud and Chaim Nachman Bialik.

Tom Seidmann-Freud’s work gained currency in Germany and many other parts of Europe in the late 1920s. There is hardly another illustrator from this period whose books experienced such popularity.

The artist was born in Vienna on November 17, 1892 as Martha Gertrud Freud. Her mother Mizi (Marie) was one of Sigmund Freud’s sisters. She adopted the first name ‘Tom’ when she was fifteen. Her parents realized she had a talent for drawing early on and encouraged her. At the age of nineteen, she accompanied her father to England to study art in London. This is where she created her first two picture books, which were strongly influenced by Art Nouveau. In 1914, her Baby Liederbuch (Baby’s Songbook) was published, with which she had her first success.

After the First World War, she lived in Munich for a while with her sister Lilly, and made the acquaintance of the philosopher Gershom Scholem and the writer Schmuel Josef Agnon there. The political unrest of the Bavarian Socialist Republic prompted her move to Berlin. There, Tom met Yankel Seidmann, whom she married in 1921. The pair became acquainted with writer, translator and publisher Chaim Nachman Bialik (1873–1934), who was already very well-known at the time.

Together with Yankel Seidmann, Bialik planned the publication of six picture books by Tom Seidmann-Freud, including in the Hebrew language, with Ophir Press, a Berlin subsidiary of the Moriah Verlag from Odessa. Among them was Kleine Märchen (Little Fairy Tales), which had previously been published in 1921 by O. and M. Hausser of the publisher Ludwigsburger Verlag. It was advertised as the “children’s book of the year.” 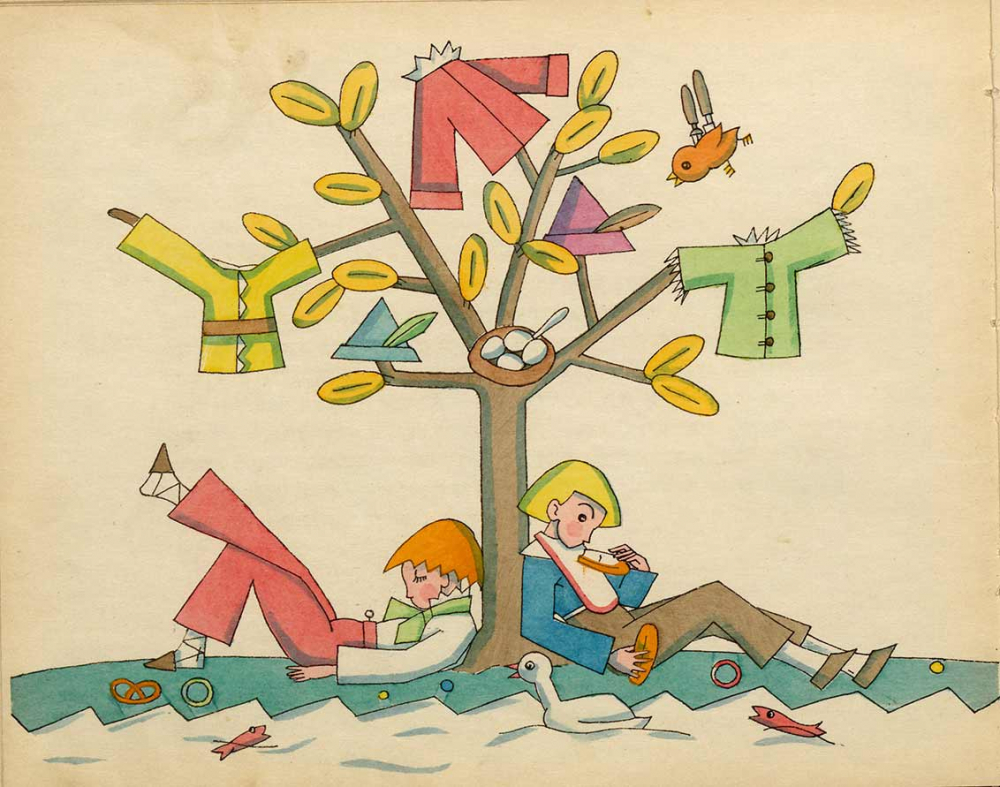 Tom Seidmann-Freud created new illustrations for the Hebrew and contemporaneous Russian editions of Kleine Märchen. While in the German edition, the images are still strongly influenced by Art Nouveau, here, stylistic elements from New Objectivity, the Avant Garde and Bauhaus are apparent. The shapes are clearly delineated. She draws what is essential, without embellishment, simply and with few details.

The child in its relationship to things, animals and nature is always in the foreground. The intensity of the colors, which she creates using her great skill in watercolors, is of an extraordinary print quality in these editions. The artist and publisher aspire to create artworks for children and want to convey to them the beauty of the Hebrew language, of which they are great connoisseurs and admirers. 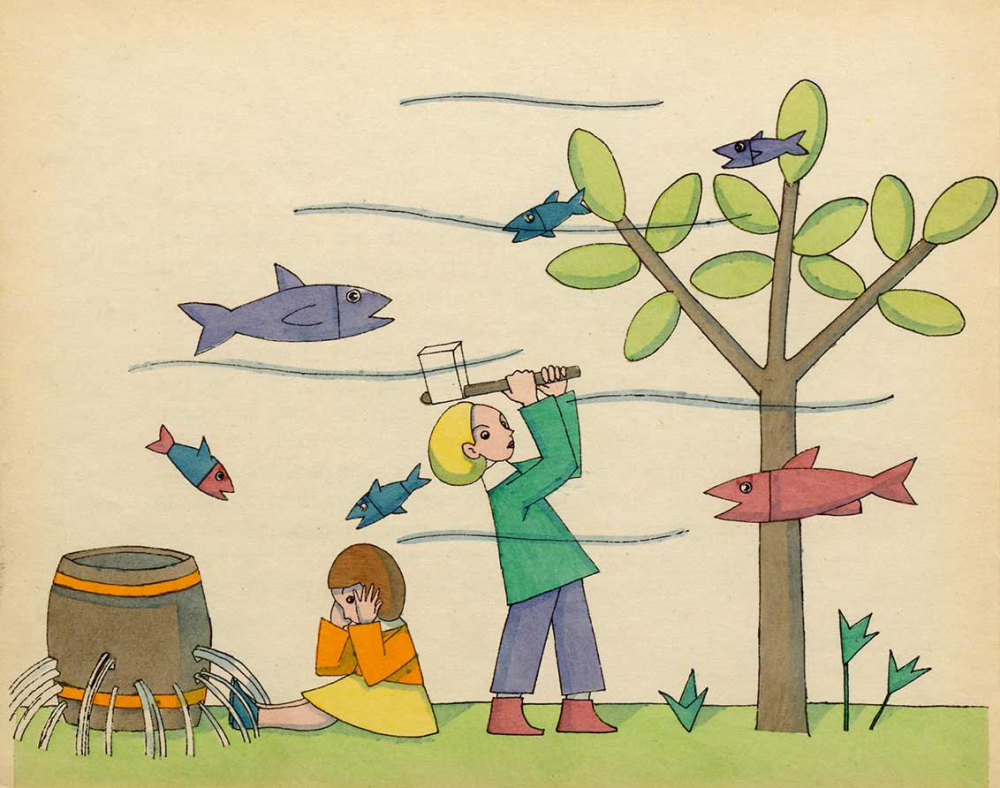 A Small Glimpse into the Illustrations 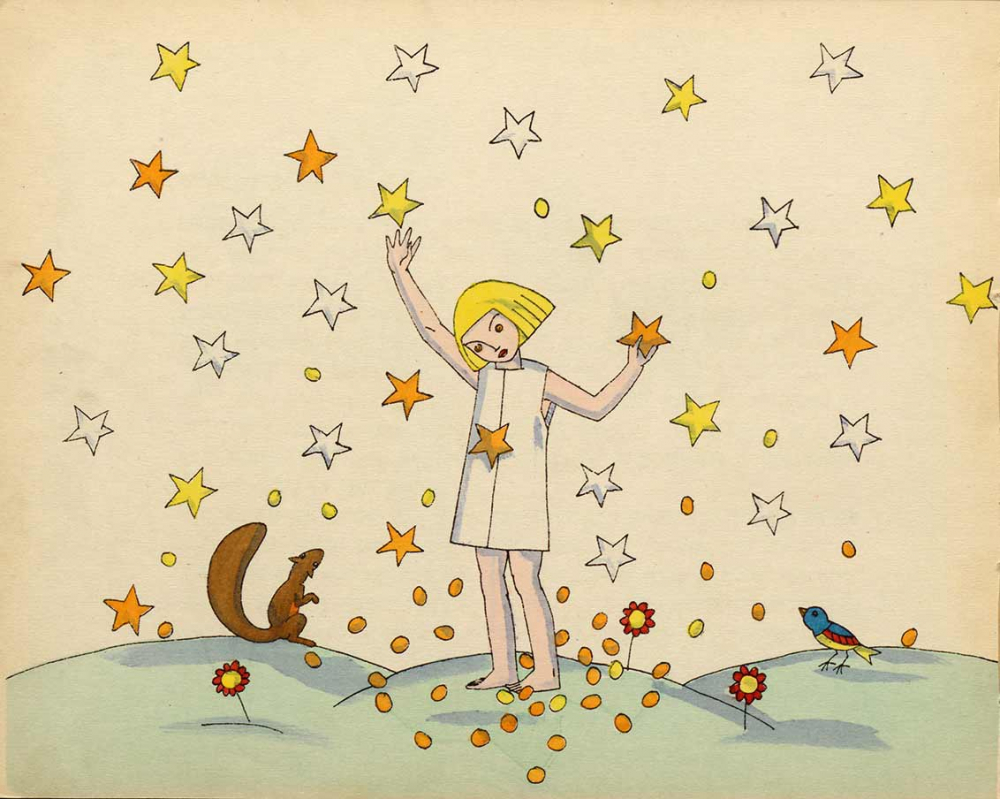 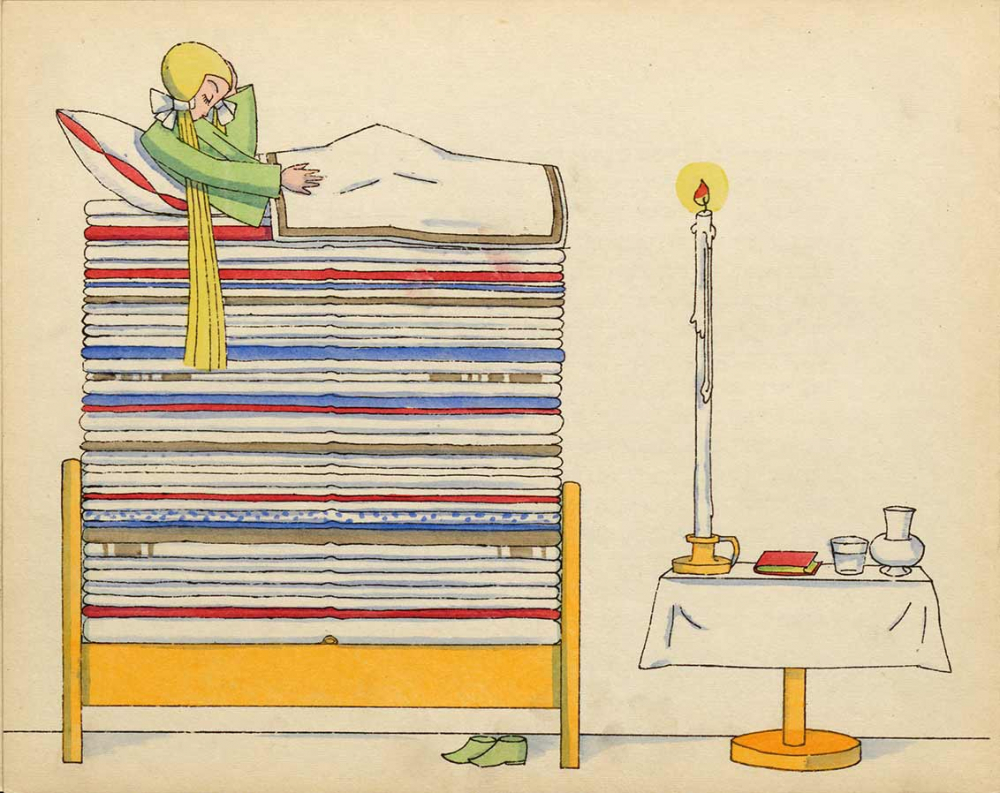 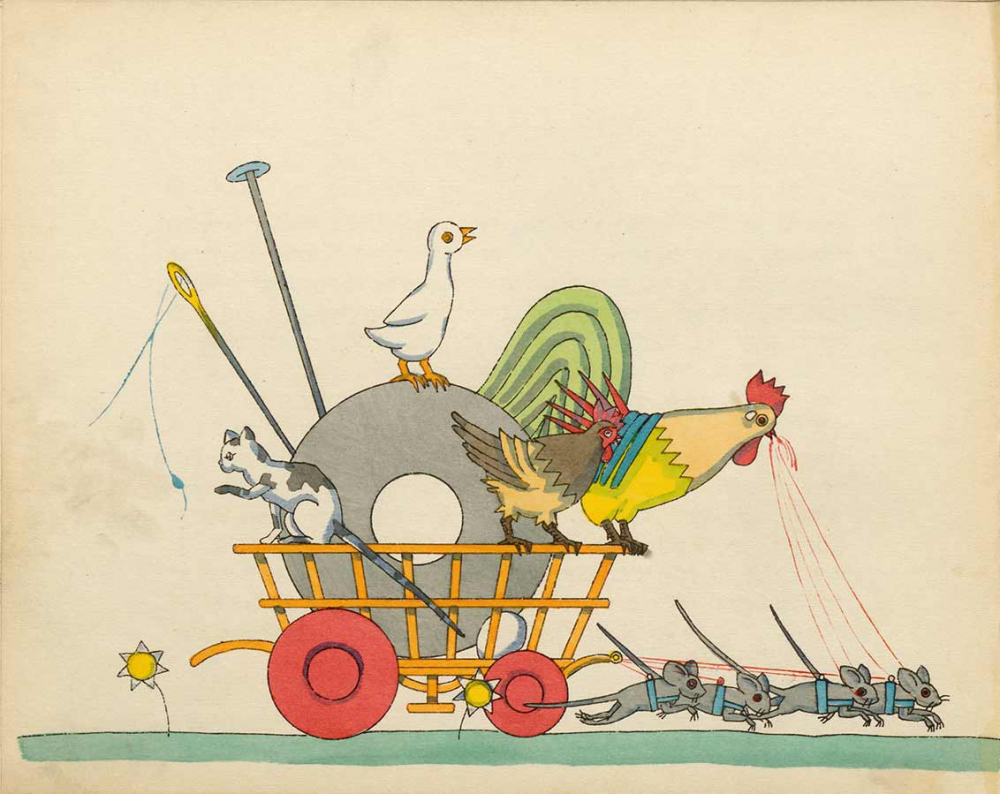 In the book Eser sihot li-yeladim al pi Andersen, Grim we-aherim im ziurim meet Tom Seidman-Froid (literal translation: Ten Stories for Children after Andersen, Grimm and Others with Illustrations by Tom Seidmann-Freud) there is one fairy tale by Hans Christian Andersen (“The Princess and the Pea”) and one by Ludwig Bechstein (“Schlauraffen Land”). All the others come from the Brothers Jacob and Wilhelm Grimm, and some of these are lesser-known stories. They may have been chosen because they are quite short: little fairy tales for little children, who are to be made familiar with these stories first. They are usually no more than a page long, and the stories are easy to understand.

Later, the publisher Herbert Stuffer released Tom Seidmann-Freud’s play and counting primers, which were highly valued by Walter Benjamin. Her books were translated into many languages. They found their way into the luggage of people who emigrated to Palestine, or who had to leave their homes because of the National Socialists’ seizure of power, and so they spread, albeit in small numbers, around the world.
The Library of the Jewish Museum Berlin was able to acquire this edition in 2005.