Kurt J. Matzdorf was born in Stadtoldendorf in Lower Saxony in 1922.

He went to England on a Kindertransport (children's transport) in 1939. He completed an art degree in London, but it was only after moving to the USA in 1949 that he discovered his love of gold and silversmithing. His works are modern interpretations of ritual synagogue objects and Judaica that he crafted for numerous Jewish communities. Matzdorf died in December 2008. 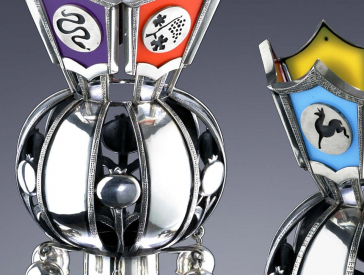