The Artist and the Scientist

As part of our Voluntary Social Year in Culture (a program known by its German abbreviation, FSJK), we, Annika Späth and Lena Katz, decided to undertake an inde­pendent project: to make visible some of the materials from the Ar­chives of the Jewish Museum Berlin (JMB) – and the lives behind them – on the JMB web­site. In our research, we stum­bled across two sisters, Gertrud and Margarete Zuelzer. Learning about their lives, we were moved by their deter­mination to stick together. Also, both un­married women pur­sued their own careers, thus calling into question the gender roles of their era, whether con­sciously or not.

Gertrud Zuelzer was born on No­vember 26, 1873. Her sister Marga­rete followed three years later, on 7 February 1877. Their mother Henriette Zuelzer (née Fried­länder) and their father, fabric manu­facturer Julius Zuelzer, raised both girls and their older sister Anna in Haynau, Lower Silesia (now Chojnów, Poland). In 1880, Henriette and Julius decided to move to Berlin with their family in order to give their daugh­ters access to better edu­cation.


“Like many Jews, Julius Zuelzer was drawn from Silesia to a burgeoning Berlin, and securing good edu­cation for all the children – not only the sons – was a value that went without saying for any Jewish families who could afford it finan­cially.” (Speech by Annette Vogt during the Stolper­stein [stumbling block] installation ceremony on 2 September 2012)

From a young age, Gertrud and Margarete culti­vated a close sister­hood that would long outlast their time in their parents’ home.

Training as a Land­scape and Portrait Painter

At the turn of the twentieth century, Gertrud began training as a painter in Berlin. For a time, she studied in Paris with various artists inclu­ding Franz Lippisch, Gustave Courtois, Charles Cottet, and Lucien Simon, whose Paris studio she tempo­rarily shared. She was partic­ularly inspired by the work of Paul Cézanne. 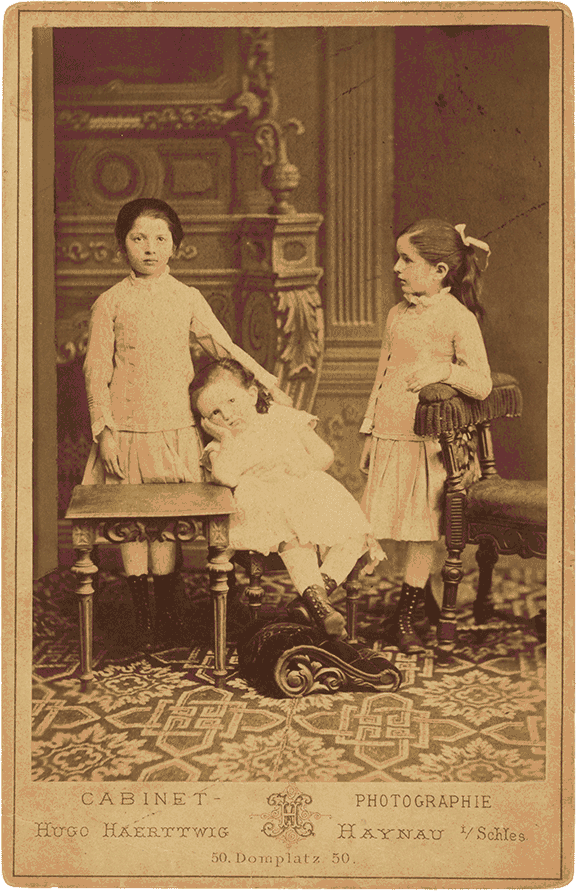 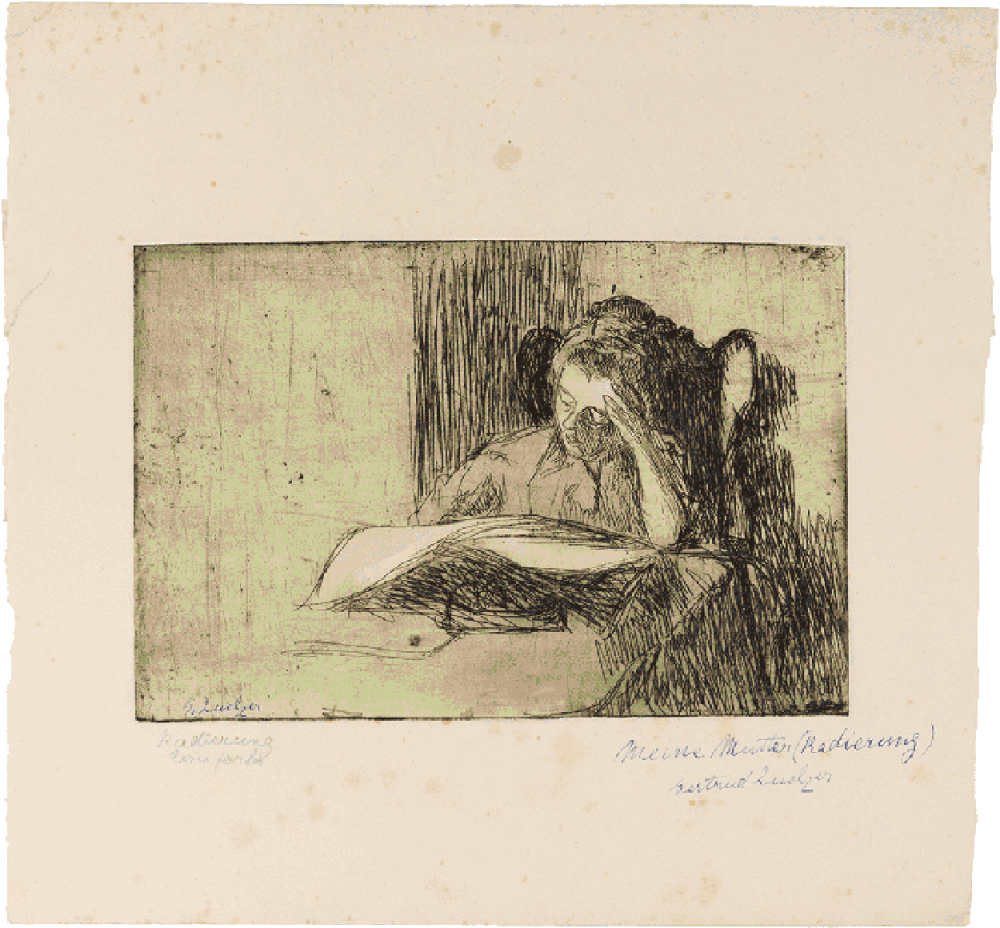 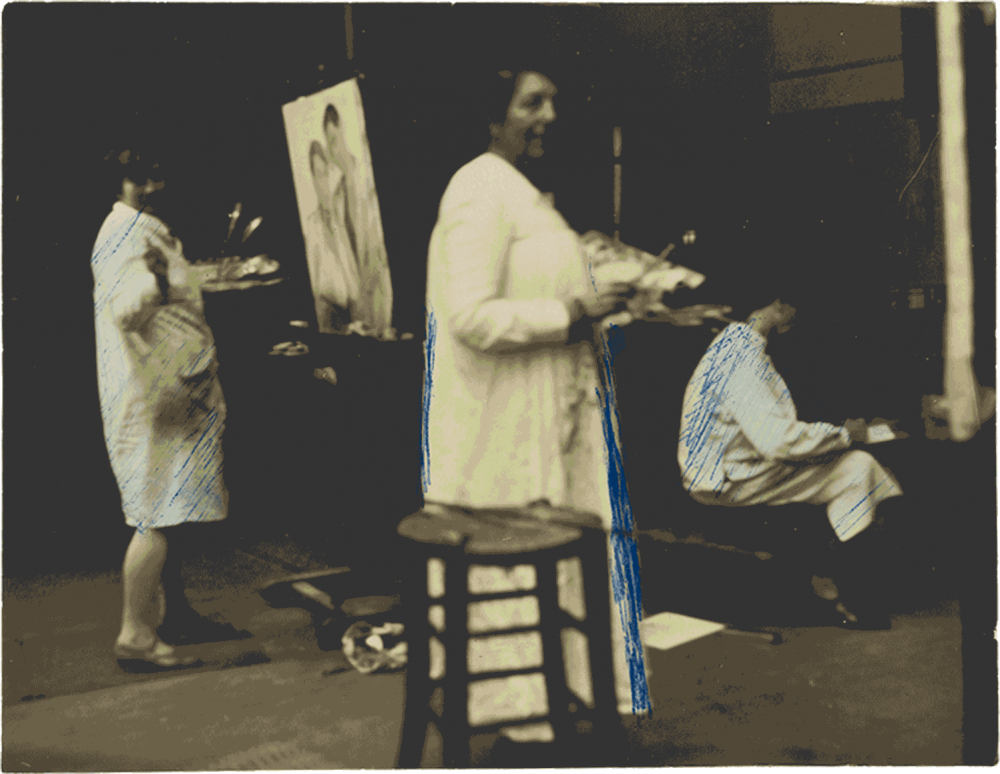 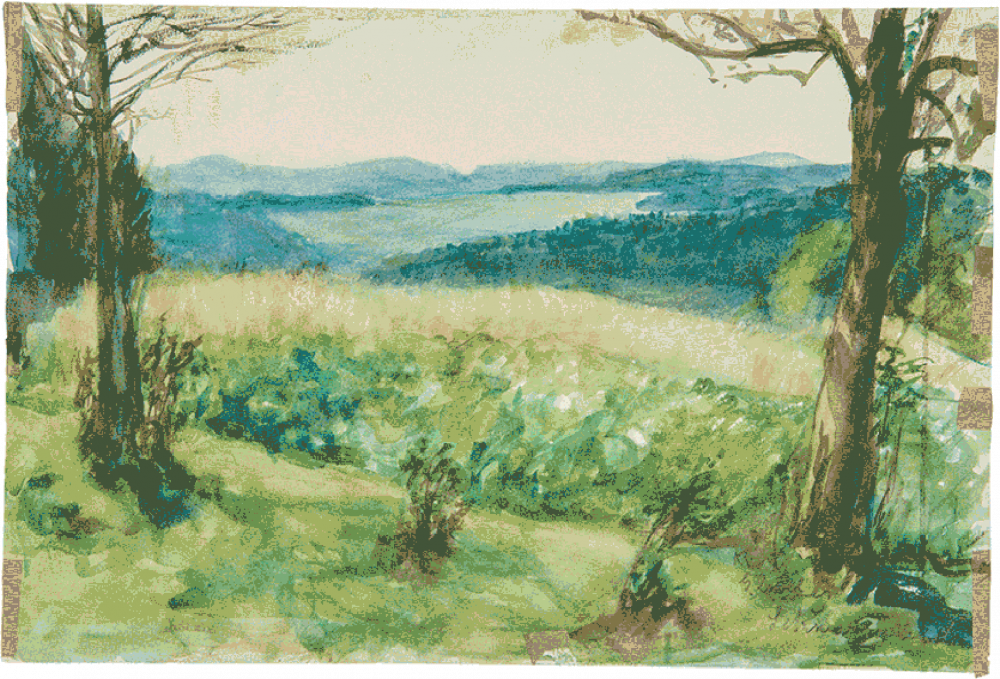 University Education and Doctorate as a Woman

Her younger sister Margarete studied science at the University of Berlin starting in the winter semester of 1898. This placed her within the first gene­ration of women university students. Because women were still pro­hibited from stu­dying in Berlin at the time, she was only able to attend lectures as a guest auditor. To be accepted as a “real” student and thus com­plete her degree, Margarete trans­ferred to the University of Heidelberg in the summer of 1902. She com­pleted her doctorate there in 1904, only the sixth woman to date at the Faculty of Science. 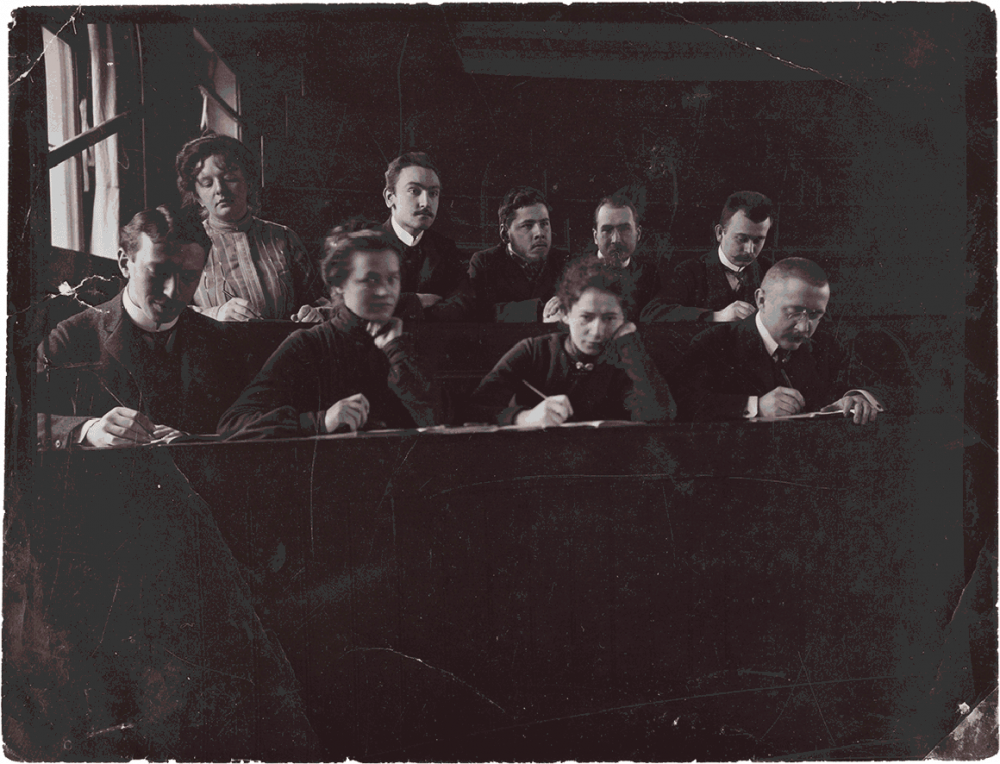 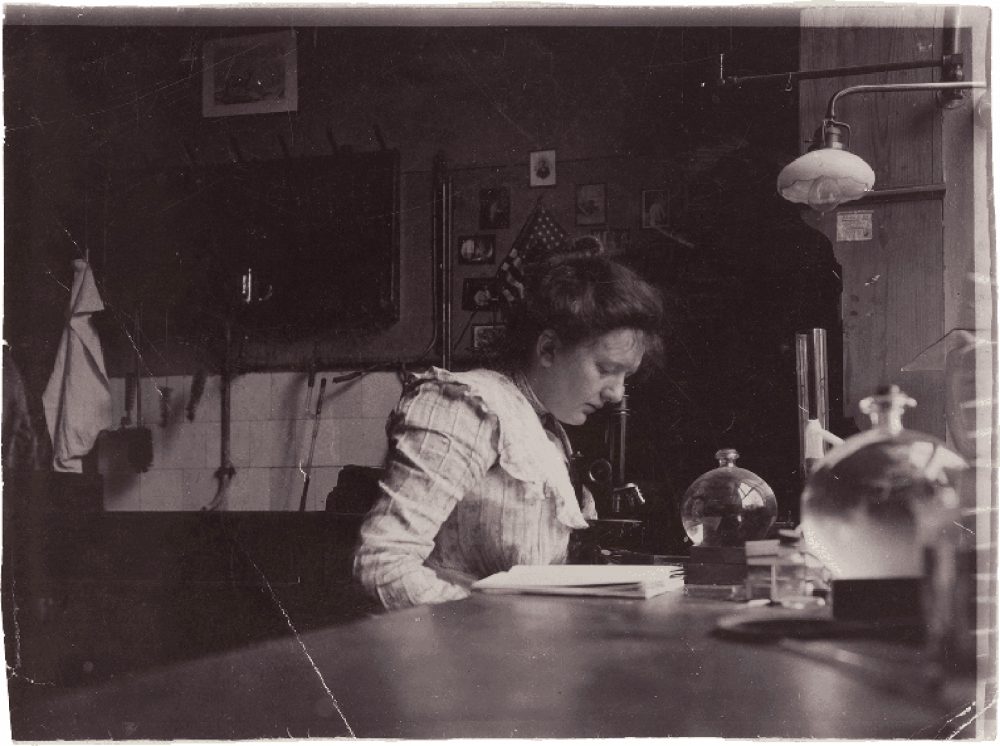 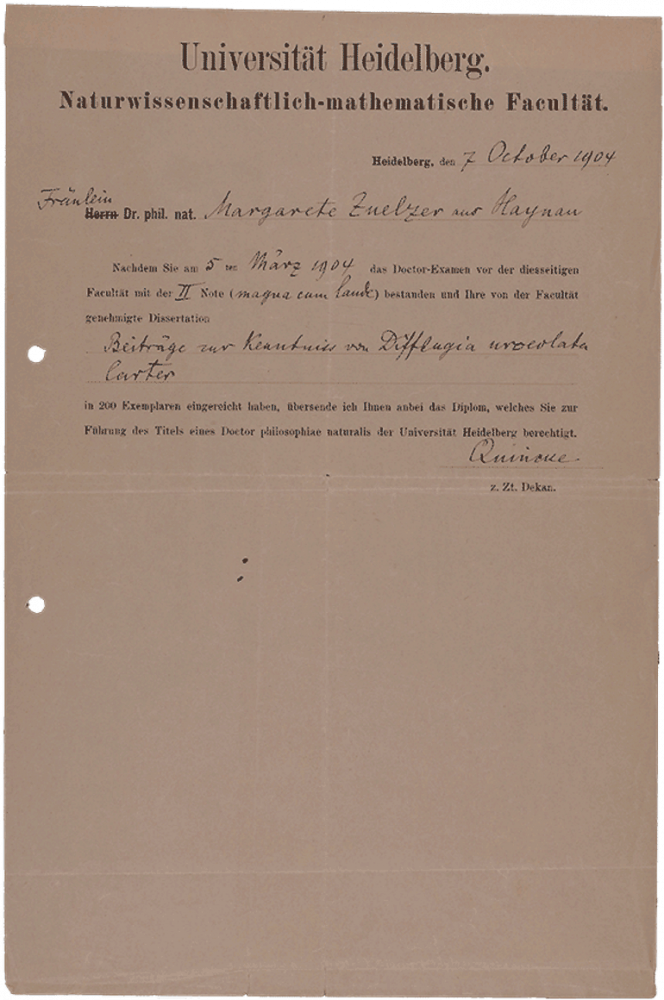 Margarete’s title of Fräulein (Miss) had to be added to her doctoral certificate by hand.
Cover letter from the University of Heidelberg regarding the doctoral certificate for Margarete Zuelzer (1877–1943); Jewish Museum Berlin, accession 2014/186/317, gift of Max Bloch

Life Together in Berlin

Upon re­turning to Berlin after com­pleting their respec­tive educations in the early twentieth century, the two sisters lived together in an apart­ment in Charlotte­burg. Their well-off uncle Friedrich von Friedländer-Fuld supported them finan­cially, enabling them to pursue their passions as an artist and a scientist.

After four years of lessons with Arthur Kampf, Gertrud became an inde­pendent painter with her own studio. She went on to estab­lish herself at various exhi­bitions in Berlin, in­cluding the Great Berlin Art Exhibition of 1918.

In 1916, during the First World War, Margarete had decided to convert to Chris­tianity and was baptized at the Jerusalem Church in Berlin.

“It is only a matter of con­jecture as to whether this con­version was dictated by consi­derations of professional advan­cement, or perhaps may have been a re­quirement for her employ­ment contract. This idea is belied by the fact that her sister, who as an independent artist was not subject to any narrower professional con­straints, took the same step on 23 December of the same year, likewise at the Jerusalem Church. The patriotic surge during the war may have contri­buted to this decision. On 16 July 1918, Margarete re­ceived the Cross of Merit for War Aid for her work in bacte­riology; beginning in April 1918, Gertrud directed a soldiers’ boarding house on the Western Front.” (Speech by Max Bloch during the Stolper­stein [stumbling block] installation cere­mony on 2 September 2012) 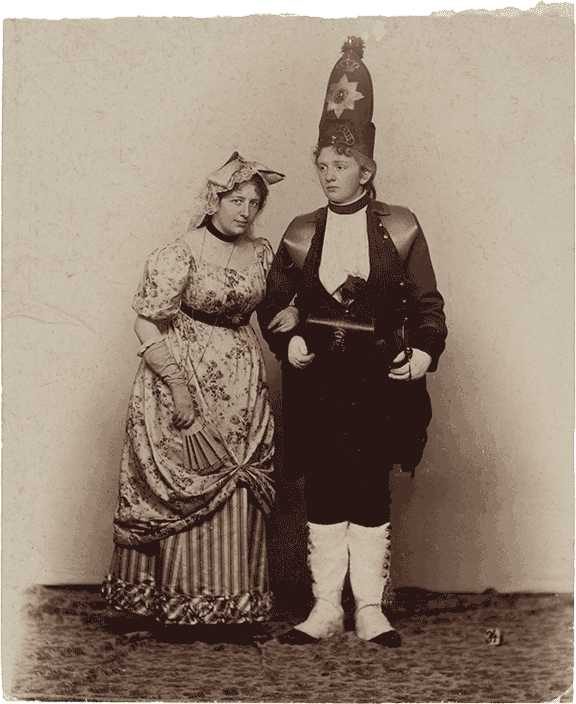 After re­turning to Berlin, Margarete proved herself as a suc­cessful scien­tist. She began her career as an un­skilled worker at the Royal Re­search and Testing Insti­tute for the Water Supply. When she joined the Imperial Health Office in 1916, she was able to specialize in research­ing protozoa, a type of single-celled organism. In only three years, she was pro­moted to senior civil servant and became the head of the protozoa labor­atory in the Dahlem district. At the time, not a single other woman in Berlin held such a position.

Her research into leptospirosis, an infectious disease caused by bacteria, drew attention beyond Germany’s borders. In 1926, on commission from the Dutch government, Margarete embarked on a research trip to study tropical diseases in what was then the colony of the Dutch East Indies. She documented her experiences in Sumatra, Java, Malaysia, and Bali in extensive travel diaries:

“Within the first half hour of my journey through the country, I learned to set aside all the notions I had brought along. Indeed, when I devoted my concentrated attention to all my impressions of the journey, my first reflection was: “There are sparrows here! Plenty of sparrows!” I had expected to encounter large quantities of monkeys – as common as sparrows for us. That was not the case, however. It was three weeks before I saw my first monkey in the wild.” (Margarete’s travel diary, p. 1., around 1926; Jewish Museum Berlin, accession 2014/186/392, gift of Max Bloch) 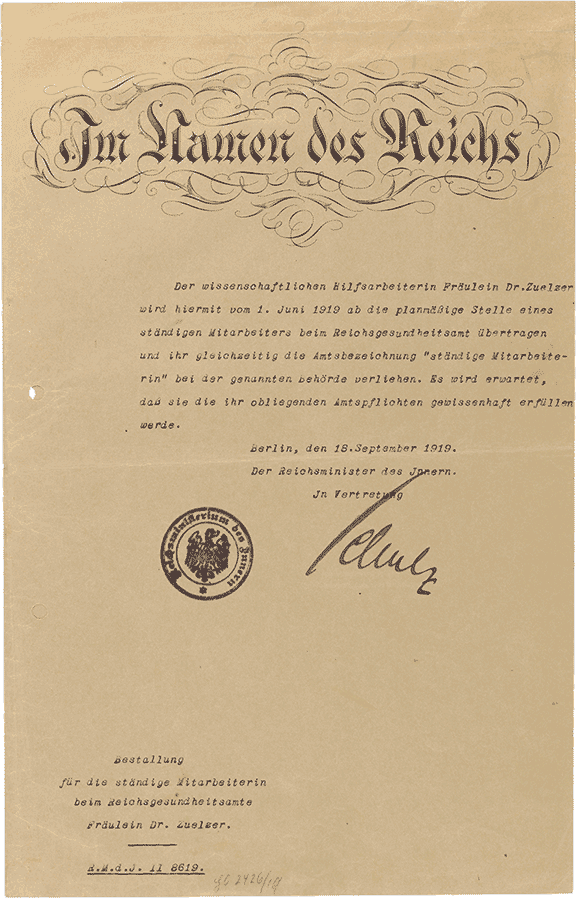 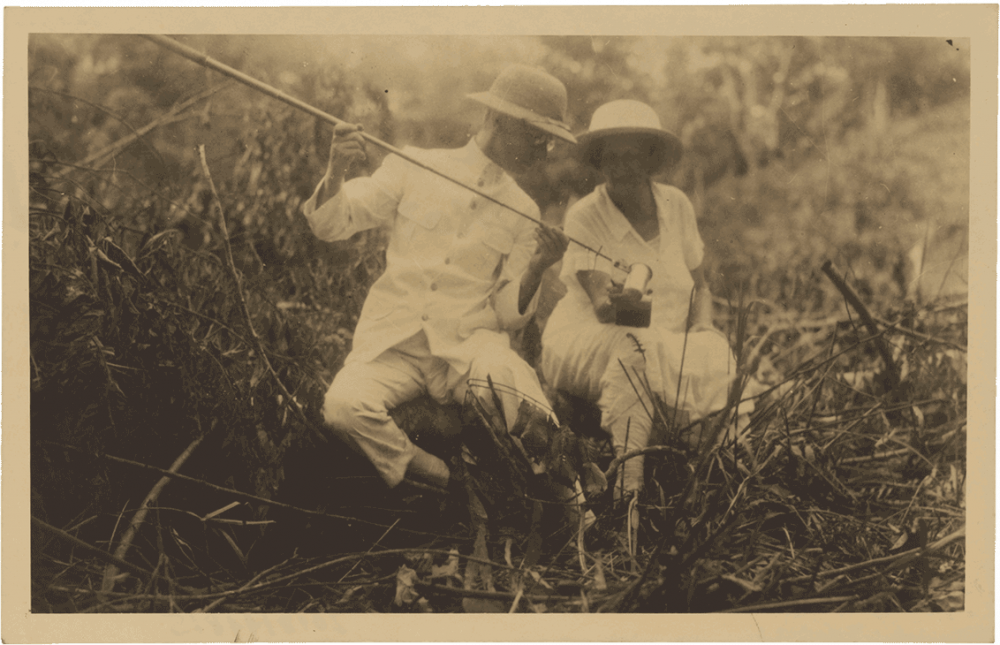 After her roughly two-year stay abroad, Margarete re­turned home to Berlin, where she re­sumed her career at the Kaiser Wilhelm Institute of Physical Chemis­try and continued re­search in her field.

In April 1933, two months after the National Socialists (Nazis) took power, Margarete, classified as a “non-Aryan person,” was forced to enter “retirement” effec­tive immediately on the basis of racist legis­lation gover­ning the civil service. Over­night, she was barred from pursuing her profes­sion. Shaken by the news, Margarete wrote a letter of complaint:


“I have never be­longed to any party, have always kept my dis­tance from any party politics, and have ex­clusively carried out my scientific activities.”

But this letter would not save her from her dismissal. 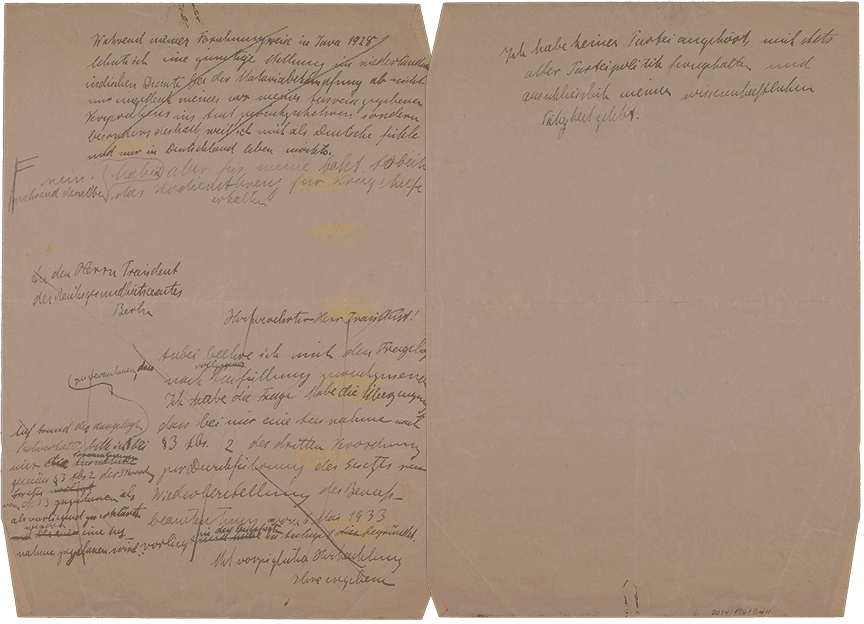 With the estab­lishment of the Reich Chamber of Art in September 1933, Gertrud was like­wise forced to abandon her profession. Without an in­come of her own, she had to live on her inheri­tance from her uncle.

The sisters lived to­gether in Berlin until 1939. Margarete could not accept her in­ability to pursue her work; she looked for pro­jects outside Germany. Still recognized as an expert a­broad, she partici­pated in the 1936 International Micro­biology Conference. In October 1939, with the help of her Dutch former colleague Wilhelm Schüffner, she was given a position at the Insti­tute of Tropical Hygiene in Amster­dam, for which she emigrated to the Nether­lands.

From exile, Margarete kept in touch with her sister via short letters – even after Gertrud went into hiding in 1942 and attempted to escape to Switzerland. The artist was arrested at the border, then detained in a series of prisons before being deported to the Theresienstadt Ghetto that November.

Margarete sent her older sister a series of letters and packages filled with clothing and art supplies. Thanks to those packages, Gertrud was able to make portraits of fellow prisoners in exchange for additional food rations. Thus, with Margarete’s support, she managed to survive her time in the ghetto.

“An old friend from Berlin, Mrs. Strauss (the Geheimrat’s wife), had asked me to draw her hus­band back at Christmas 1942. The drawing went over well and after that I got many commis­sions to make more drawings. The sisters Grete and Lotte Otzen had sent me colored pencils, and I bought some paper, and so I drew more than 100 portraits. Because the Czechs re­ceived a large number of packages, they paid me with bread and I believe that I have this to thank for my sur­vival” (Gertrud Zuelzer/Speech by Max Bloch during the Stolperstein [stumbling block] instal­lation ceremony on 2 September 2012) 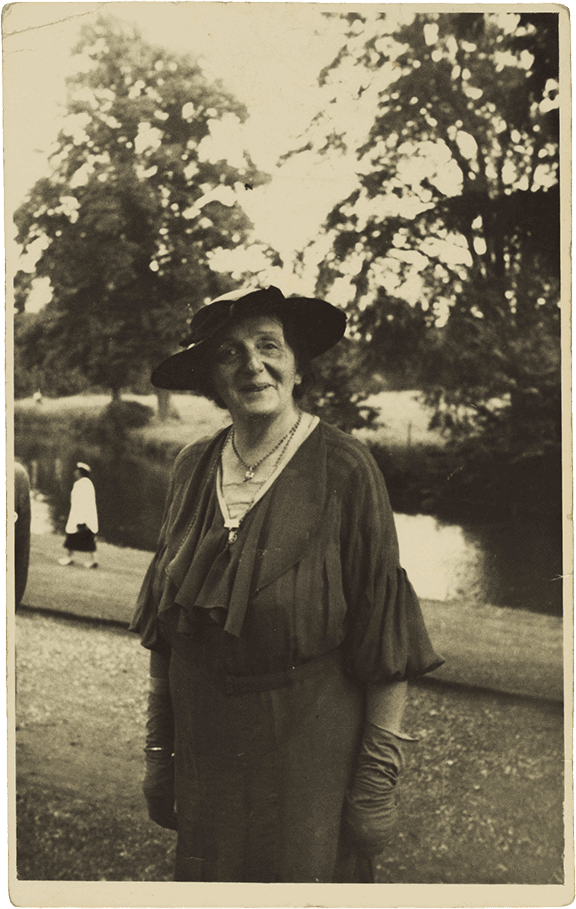 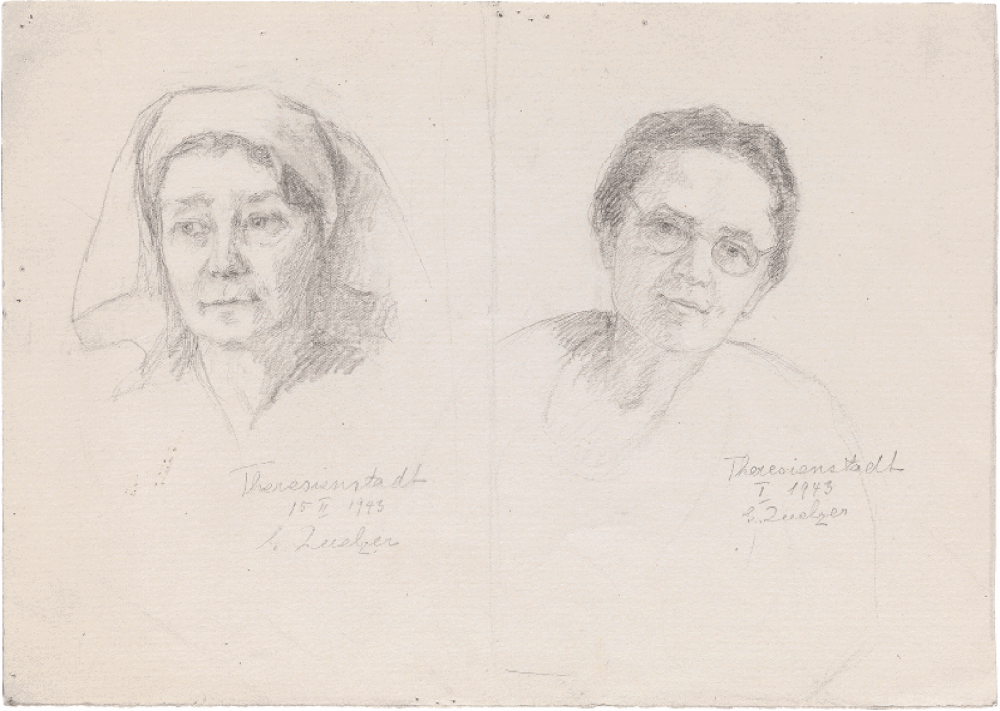 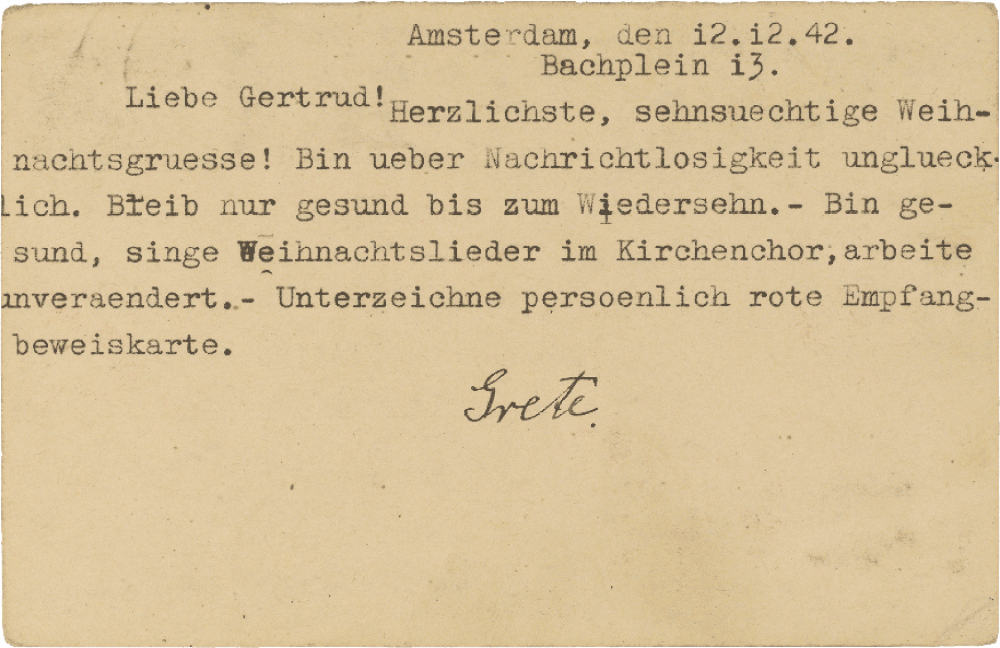 Transcription:
Dear Gertrud,
[Sending] the most heartfelt, longing Christmas greetings! Am sad for lack of news. Just stay healthy until we see each other again. Am healthy, singing carols in the church choir, working as always. Personally sign red confirmation of receipt card.
Grete 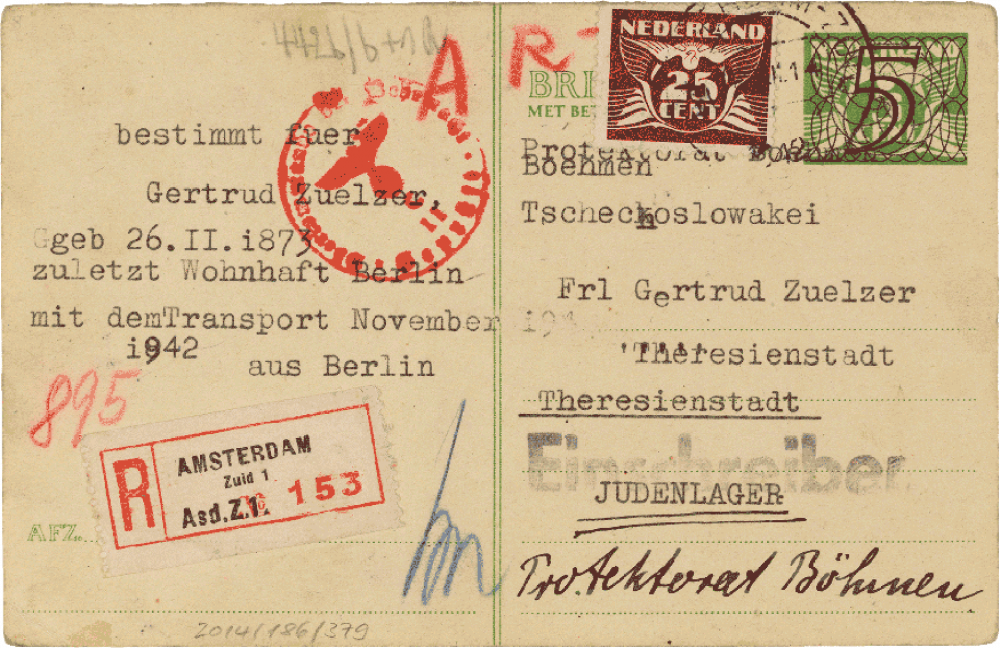 After in­vading the Nether­lands in spring 1940, the Nazi re­gime carried out anti-Jewish measures there as well. In May 1943, Margarete was de­ported to the Wester­bork transit camp, where she died on 29 August of un­known causes. Devas­tated by her sister’s death, Gertrud processed her feelings in a poem she dedi­cated to Margarete:

So much you have bestowed on me
With warmth of heart and zest
Our life together was beautiful
I’m orphaned now, bereft!
Devotedly you cared for me
From far too far a place.
And still I cannot comprehend
That now you are deceased.
Behind you’ve left your friends and work
And science, drive, renown!
The beauty you so deeply loved!
We loved your sheer humanity:
Your character-guided deeds
Your steadfast bonds with all your dearest
Your forthright, helpful, cheerful spirit—
The way you were lives on in us. 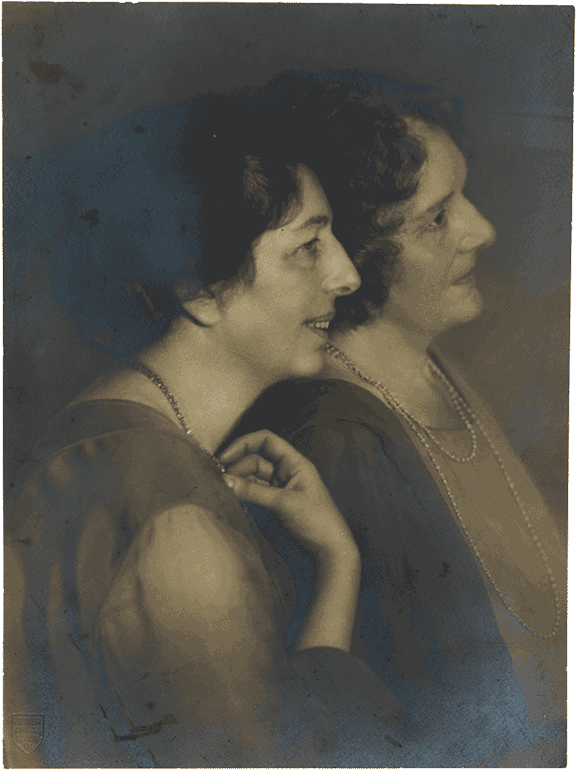 Gertrud re­turned to Berlin in 1945. She resumed her career as an artist and went on to exhibit her work at the Berlin Exhi­bition of 1950 as well as at Charlotten­burg Town Hall in 1956.

In 1968, at the age of 95, Gertrud died in her hometown of Berlin. Her sister’s death left a life­long scar.