Via Lewandowsky was born in Dresden in 1963 and studied at the Dresden University of Visual Arts from 1982 to 1987.

In the 1990s, he was an artist-in-residence at PS 1 Contemporary Art Center in New York and at the Banff Centre for the Arts in Canada.

Via Lewandoswky has received a variety of art awards in Germany and participated in numerous exhibitions in Vienna, Amsterdam, New York, and many other cities. In addition, his work was shown at Documenta IX in Kassel and at the two Berlin exhibitions Deutschlandbilder (1997) and Art of the XXth Century: A Century of Art in Germany (1999). 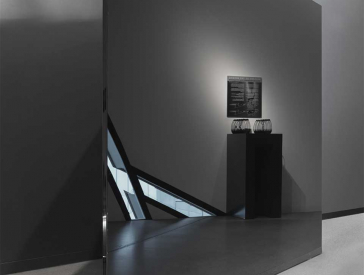 Gallery of the Missing

Artist Via Lewandowsky's installation is on display at the Eric F. Ross Gallery.