Gallery of the Missing

An Installation by Via Lewandowsky in the Eric F. Ross Gallery

For the Gallery of the Missing, the artist Via Lewandowsky developed three opaque showcases titled Order of Disappearance. As visitors draw near to these trapezoidal sculptures, they hear audio recordings on special headphones that describe obliterated objects in German and English.

The sound pieces are about objects that serve as examples of the larger destruction of Jewish cultural property. According to the artist, they are meant to remind visitors of the existence and nature of “what no longer exists.”

The sound pieces each contain an auditory description of a missing artifact from the arts, academia, or society:

The project channels Daniel Libeskind’s architecture. The Voids Libeskind inscribed into the building embody the unspeakable loss that Berlin and Germany sustained with the murder of Jews.

Photos of the Gallery of the Missing 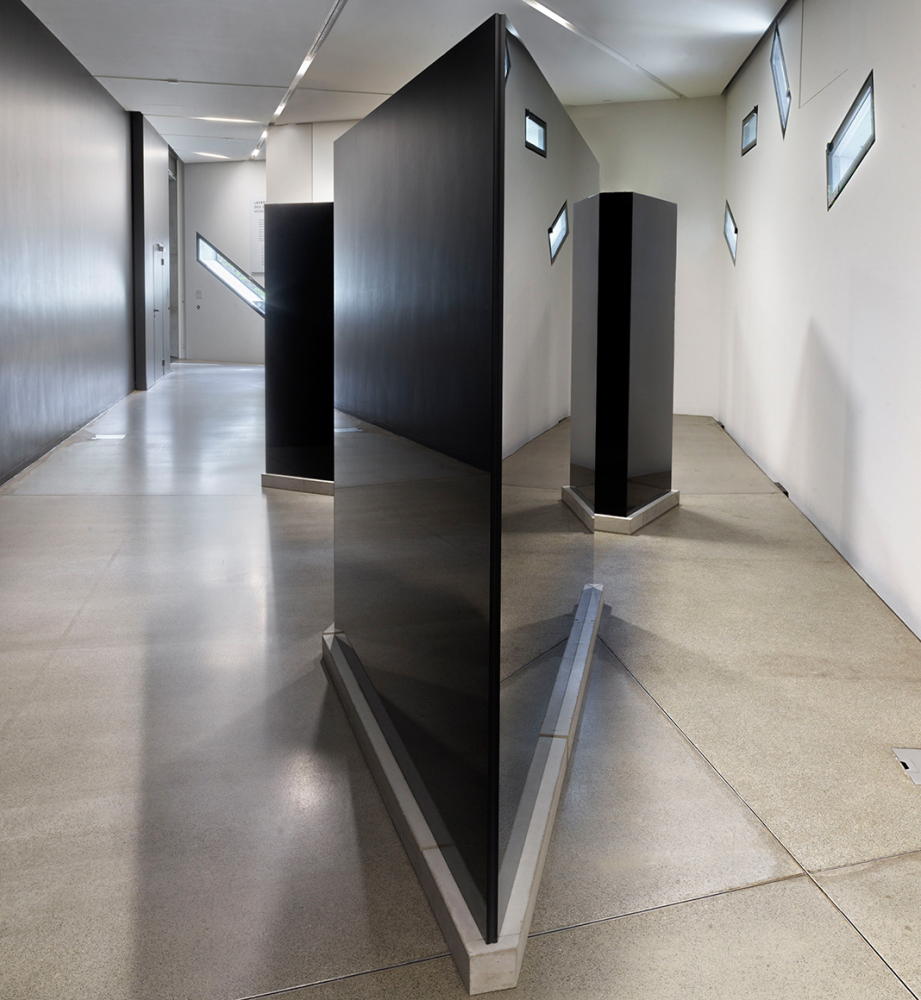 The three trapezoidal black-glass sculptures which form the Gallery of the Missing have a footprint of approximately 2 square meters and are 2 meters high. They mimic the architecture of the Voided Voids (the Holocaust Tower) at the end of the Axis of the Holocaust; Jewish Museum Berlin, photo: Roman März 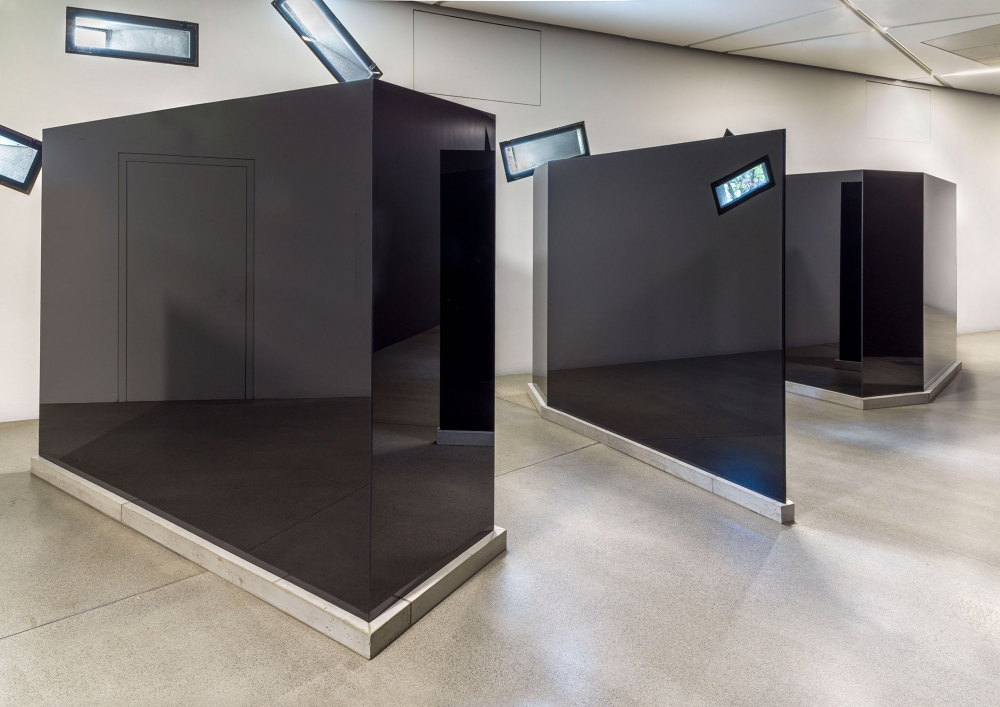 The Gallery of the Missing in the Eric F. Ross Gallery on the ground level of the Libeskind Building; Jewish Museum Berlin, photo: Roman März 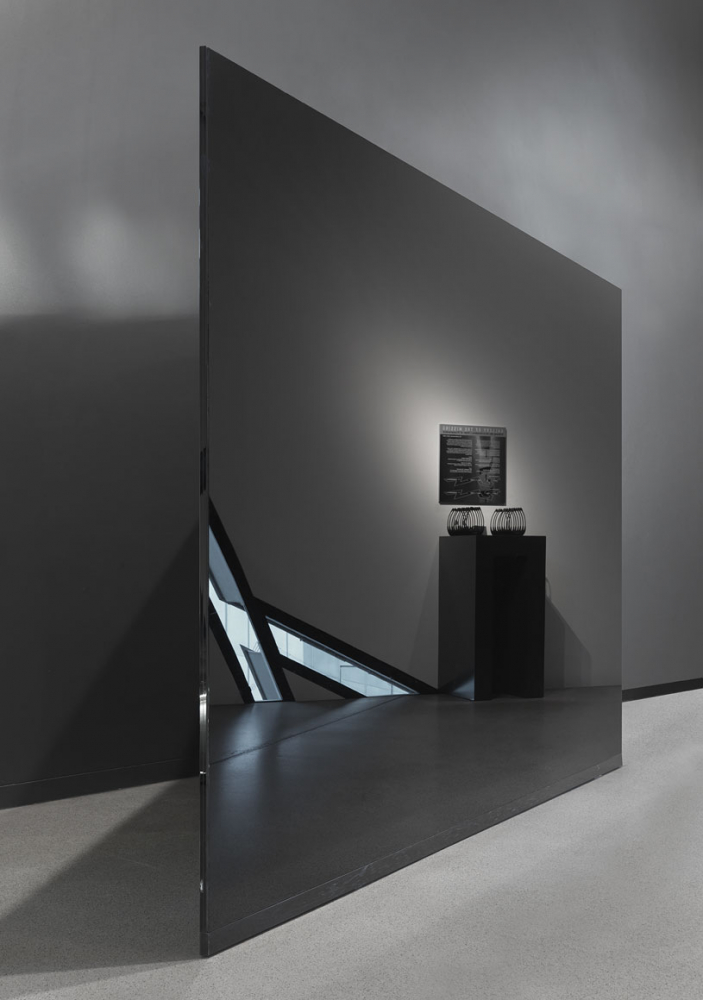 The exhibition space is reflected in the smooth surface of the sculpture Gallery of the Missing; Jewish Museum Berlin, photo: Jens Ziehe 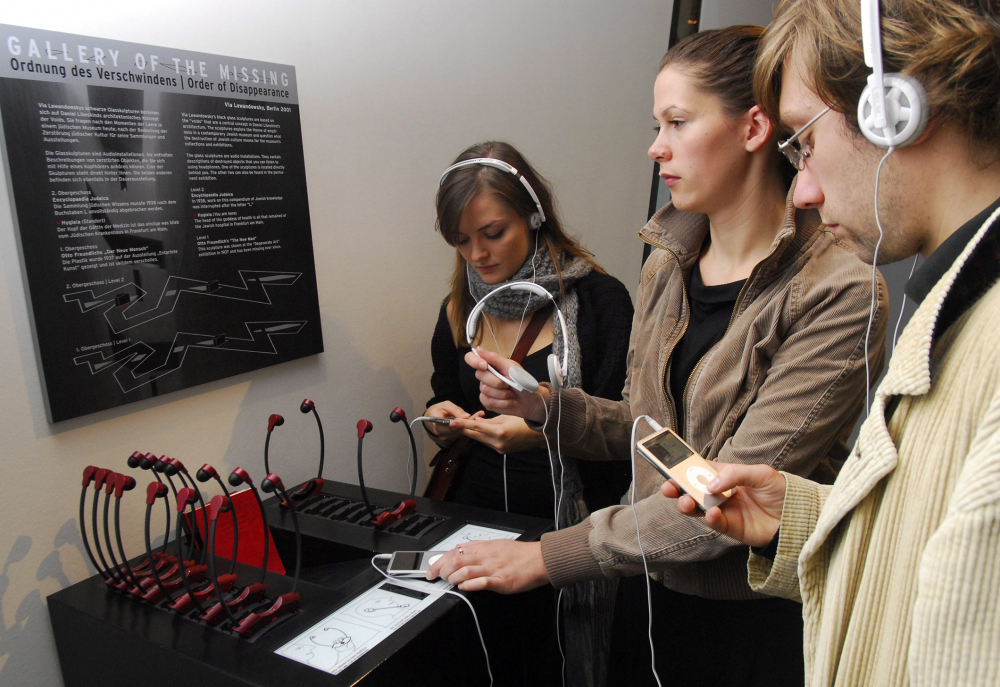 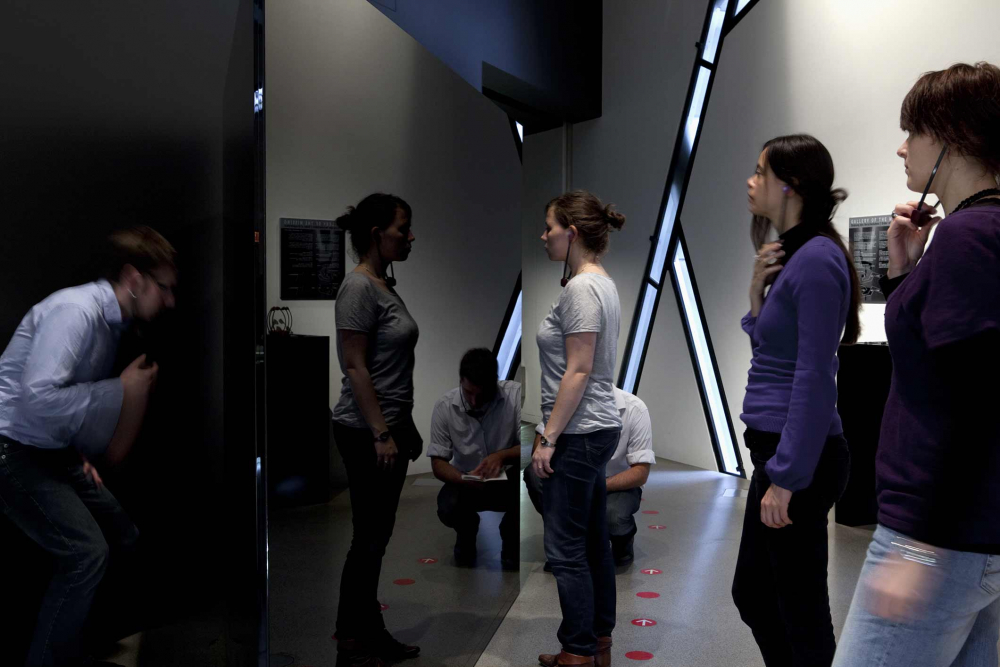 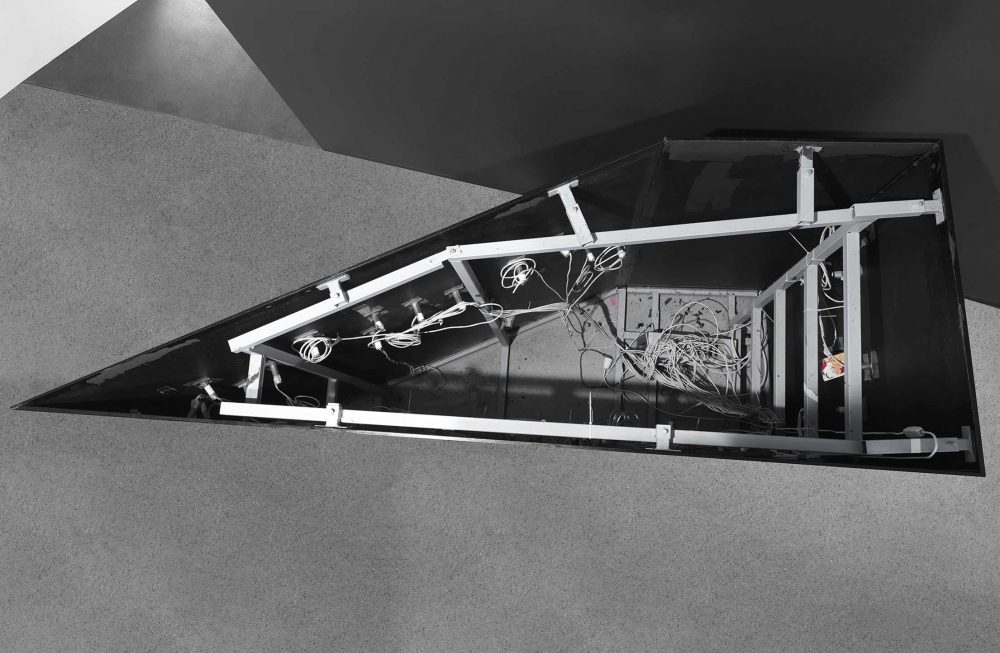 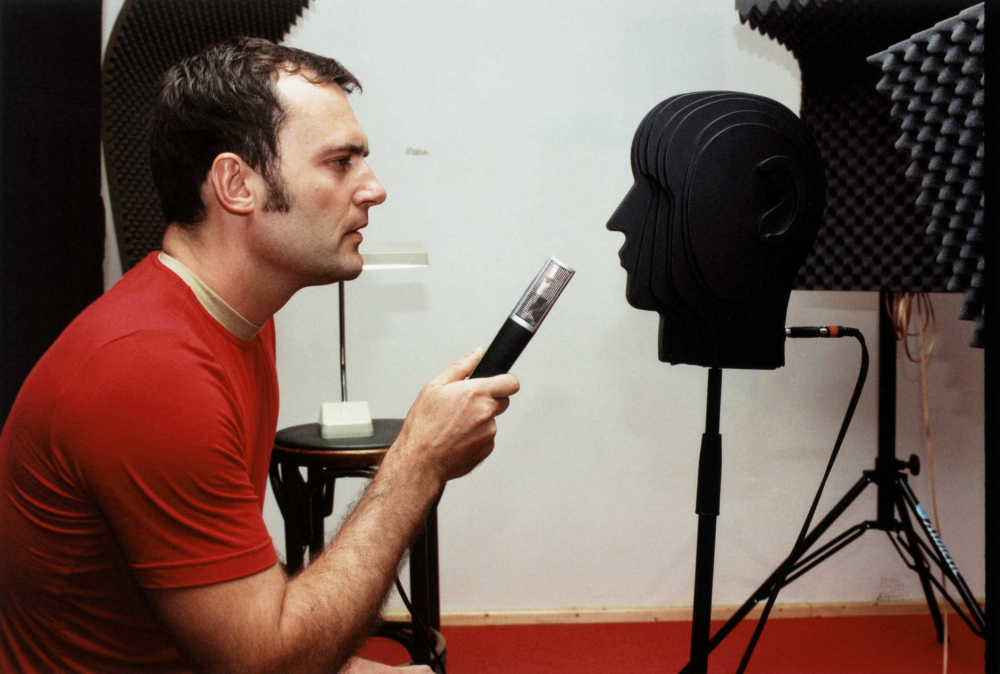 Via Lewandowsky while making recordings for the installation in 2001; Jewish Museum Berlin, photo: Hans Grunert

Selected Works of Art: Art at the Jewish Museum Berlin (4)