Simple, elegant forms and functionality – this menorah, created in 1924 by the artist Ludwig Yehuda Wolpert, is one of the the first pieces of modern Judaica. Wolpert broke with the stylistic conventions that had governed Judaica until then and ushered in a change of form and style that influenced and shaped the artistic designs of generations to come. This menorah made of patinated cast brass was acquired for the collections of the Jewish Museum Berlin in 2021.

Hanukkah, the Festival of Lights

Every year Jews around the world celebrate the eight-day winter holiday of Hanukkah, which commemorates the rededication of the Second Temple in Jerusalem in 164 BCE. Candles are lit and blessings are said at nightfall to remember the Hanukkah miracle: According to an account in the Talmud, a single container of oil was found in the ravaged Temple, which should have only sufficed to light the Temple’s candelabrum (or menorah) for one day but miraculously kept it burning for eight days and nights.

Change in Style of Ceremonial Objects

Only a very small number of Jewish ceremonial objects made by artists in Germany during the 1920s still exist today. From the 1890s through the 1930s, Jewish ritual objects were usually made in historicized forms and decorated with ornamental motifs. Wolpert’s 1924 menorah was the starting point from which he subsequently spearheaded radical change in the form and style of Judaica, influencing it for generations to come. To this day, Wolpert is regarded as the “father” of contemporary Judaica objects.

Ludwig Yehuda Wolpert was born in 1900 in Hildesheim to an Orthodox Jewish family. The family originally ran a small sock and glove knitting business. Wolpert’s father, Salomon, later became a schochet (a ritual slaughterer) and served as the rabbi at a home for the elderly. At sixteen , Ludwig went to study sculpture at Frankfurt’s School of Applied Arts. After completing his course of study in 1920, he began to work as a sculptor. In 1925, in hopes of earning a more secure income through the production of everyday objects, Wolpert returned to the applied arts school in Frankfurt and began a second course of study, with a particular emphasis on silversmithing.

In 1935, Wolpert emigrated to Palestine, where he continued to create objects in his unique style. He also taught at the New Bezalel School until 1956, educating an entire generation of silversmiths who went on to work in a modernist style. Wolpert then moved to the United States, where he led the Tobe Pascher Workshop in New York City’s Jewish Museum. Wolpert exhibited his work at the World Fairs in New York and Montreal, and he created many pieces that became known internationally, such as the bronze doors of the synagogue at John F. Kennedy Airport. He died in 1981 in New York. 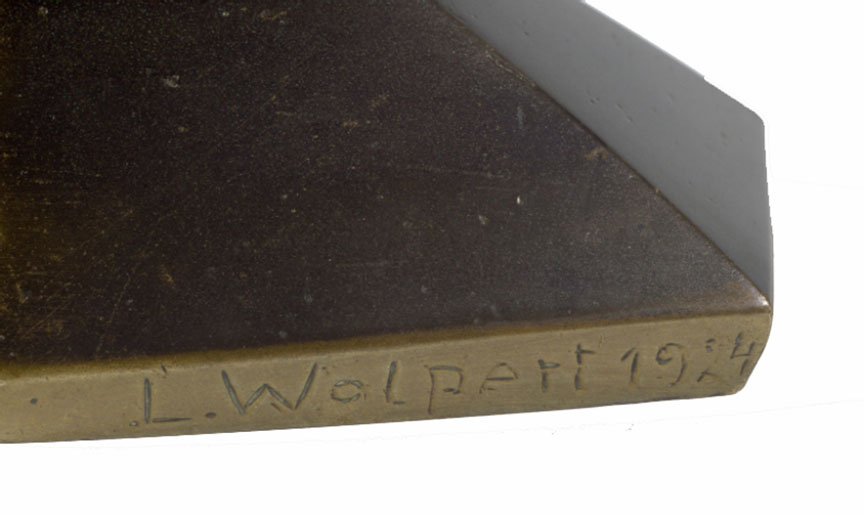 Influences of the Bauhaus School

The director of the applied arts school in Frankfurt in Wolpert’s time was Christian Dell, who had previously taught as a Master of Form at the Bauhaus school. He brought the Bauhaus’ innovative ideas and work methods to his Frankfurt position. Wolpert made the modernist style his own and subsequently focused on producing modern, functional Jewish ceremonial objects made of silver.

In 1928, Karl Schwarz, the Director of the first Jewish Museum Berlin – which stood in Oranienburger Strasse until the Kristallnacht pogrom of November 1938 – commissioned Wolpert to create a series of Jewish ceremonial objects that were then displayed in the museum as well as in a traveling exhibition.

His pieces stand out for their simple, elegant forms, their functionality, and the beauty of their Hebrew lettering, which he incorporated into many of his later creations.

Provenance of the Menorah

Before any new acquisition, the Jewish Museum Berlin checks its provenance: In this case, there are no signs or suspicions of persecution-related expropriation having occurred between the years 1933 and 1945, as the object was often mentioned in publications, with William Gross named as the owner, and there were no restitution claims. It can therefore be assumed that this object was brought to Mandatory Palestine (present-day Israel) as an emigrant possession.

The Bauhaus was a German art school operational from 1919 to 1933 that combined crafts and the fine arts.
More on Wikipedia 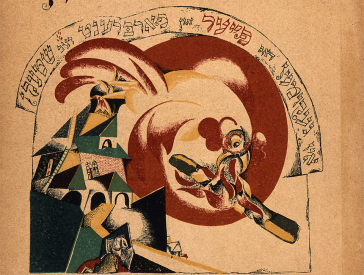 Judaica, documents, and literature on Jewish art and culture at our library