Hanukkah, the festival of lights, celebrates the restoration of the second Jewish Temple in Jerusalem. In 164 BCE, a group of Jewish rebel fighters called the Maccabees regained control of the Temple from its previous Hellenistic rulers. According to an account in the Talmud, a single container of oil was found in the ravaged Temple, which should have only sufficed to light the Temple’s candelabrum (or menorah) for one day but miraculously kept it burning for eight days and nights.

Ever since, in the winter holiday of Hanukkah, the Hanukkah candles are lit on eight consecutive nights. Over the centuries, the triumph of a small band of resistance fighters against a mighty army grew into a legend that bolstered a common identity, praised bravery, and gave reason to believe in miracles.

Hanukkah is a festive celebration, but it is not one of the important Jewish holidays. It is mostly celebrated at home in the company of family and friends, who light candles and say blessings at nightfall. The Hanukiah is placed in a visible place in front of the house or in a window. The festivities include a number of traditional Hanukkah songs and even a Hanukkah game played with a spinning top called a dreidel. To recall the special role of oil in the Hanukkah miracle, foods cooked in oil are favored, including latkes (potato pancakes) and sufganiot (a type of doughnut).

Light the candles in the correct order and win! 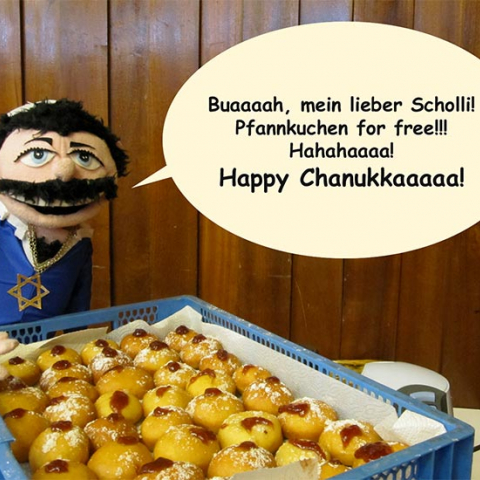 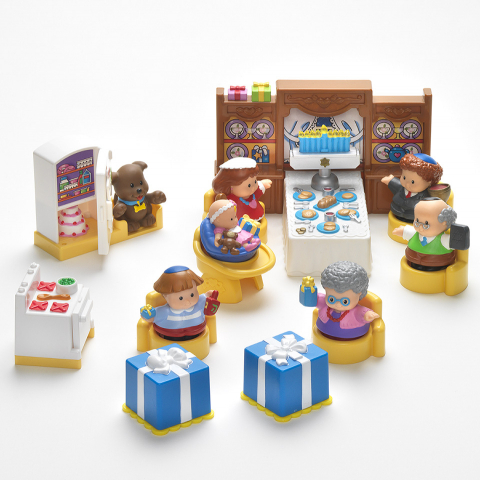 Food for thought and recipes by Signe Rossbach 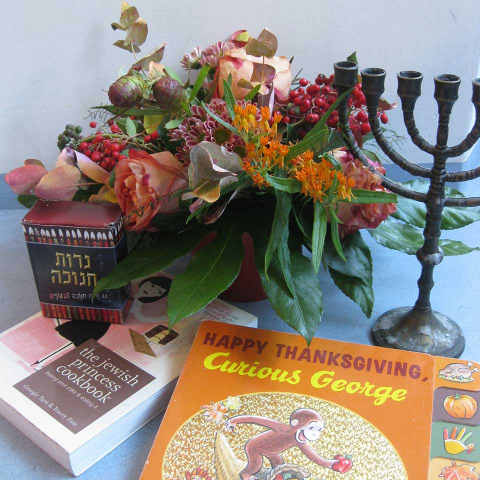 Michal Friedlander on Mickey, Minnie and their Hanukkah message 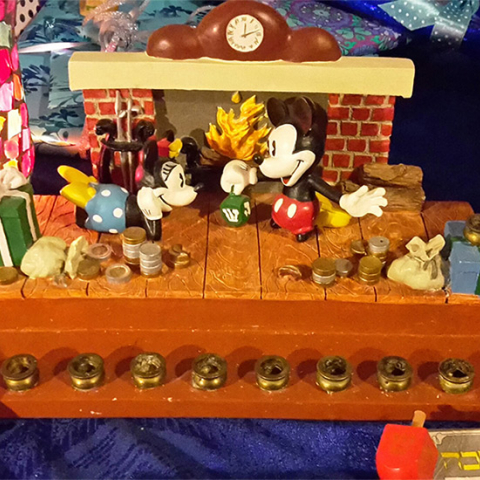 Explaining Kosher to a Customs Officer

Michaela Conen about trying to get fancy Hanukkah items in Germany 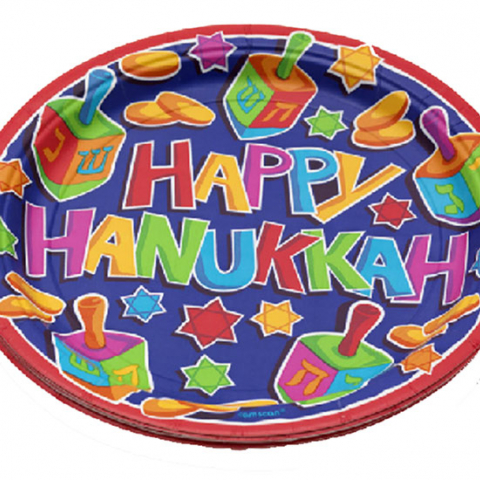 David Studniberg on the Jewish Feast of Dedication 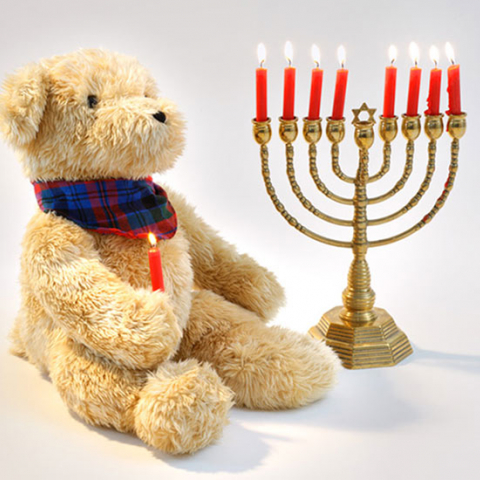 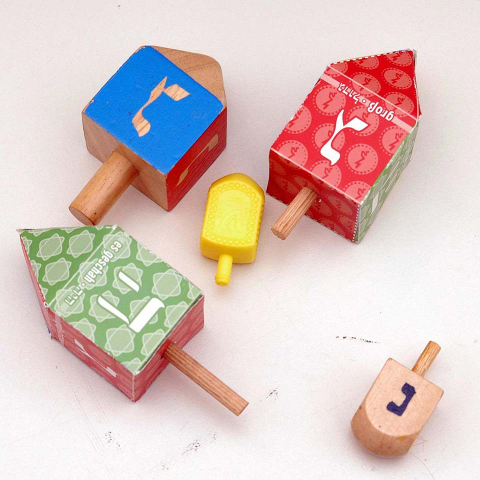