The storefront of the Ury department store in Leipzig is brightly lit to draw customers’ attention to the “White Weeks” in February 1930. The businessman Hermann Tietz first devised this campaign in 1901, a sale during which linens and other white products were offered at special discounts. Outdoor electric lights, illuminated advertisements, and elaborate shop-window designs bathed department stores in radiant white from inside and out during the “White Weeks.” 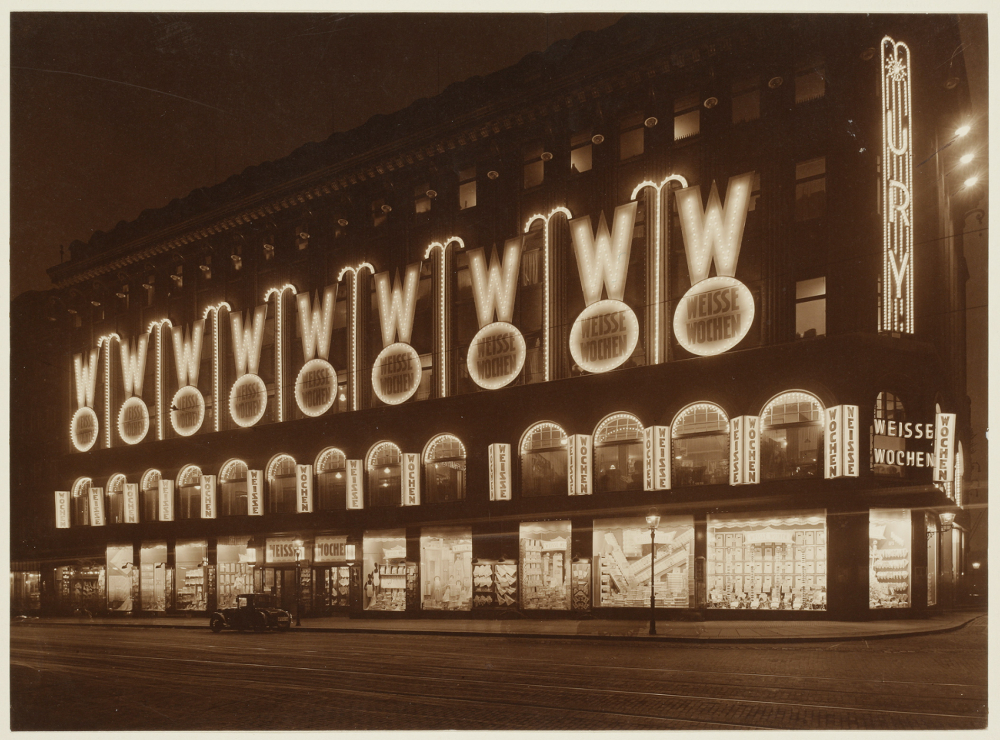 The Ury department store, the first in Leipzig, was founded by the Jewish brothers Moritz and Julius Ury on 24 March 1896. With innovative ideas, modest prices, a good selection, and excellent service, they led their business to great success. In 1913–14, the store at Königsplatz 15 was extensively remodeled and emerged as a magnificent six-story building around a sunny courtyard. The original range of notions, linen, and woolen goods was expanded considerably.

Hermann Tietz (1837–1907) was a German-Jewish entrepreneur and the namesake of the Hertie department store company. 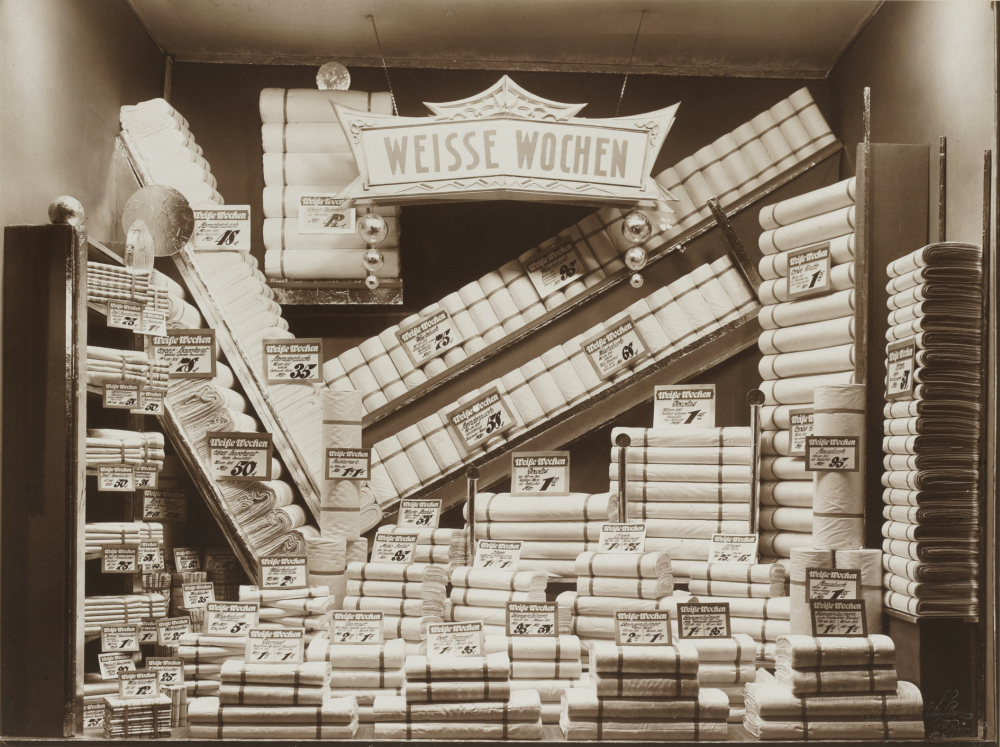 A display window of the Ury department store in Leipzig during the “White Weeks,” February 1930; Jewish Museum Berlin

The department store was a very attractive workplace, as the Ury brothers looked after their staff well from the outset. There was a staff library and a training center. Obligatory training courses were organized for young employees, who had access to all the learning materials free of charge. There was a charity fund to support staff in times of financial hardship, and every employee received a savings account after five years of employment. Employees were given three weeks of fully paid annual vacation as early as 1913.

In 1938, as a result of “Aryanization,” the Ury department store was turned into a fabric trade fair hall with a wholesale flower market and a tax office. The new owner was Leipzig’s government office responsible for trade fairs. The founders Moritz and Julius Ury were forced to resign from their business in 1937. Moritz Ury died in 1939 in exile in Switzerland. Julius Ury fled to France, where he died a year after his brother. The building was destroyed in December 1943.

“Aryanization” is the Nazi term for the forcible transfer of Jewish property into non-Jewish, so-called “Aryan” hands and the tightening restrictions that were placed on Jews’ professional lives.

More on Wikipedia
More on LeMo (in German)