A Refuge in the Era of the Nazis: The Jewish Retreat Center in Lehnitz

In a black-and-white photograph, we see young people at a holiday prayer service. They are at a synagogue in Lehnitz, outside Berlin – one of the last in Germany to be dedicated before the outbreak of the Second World War. 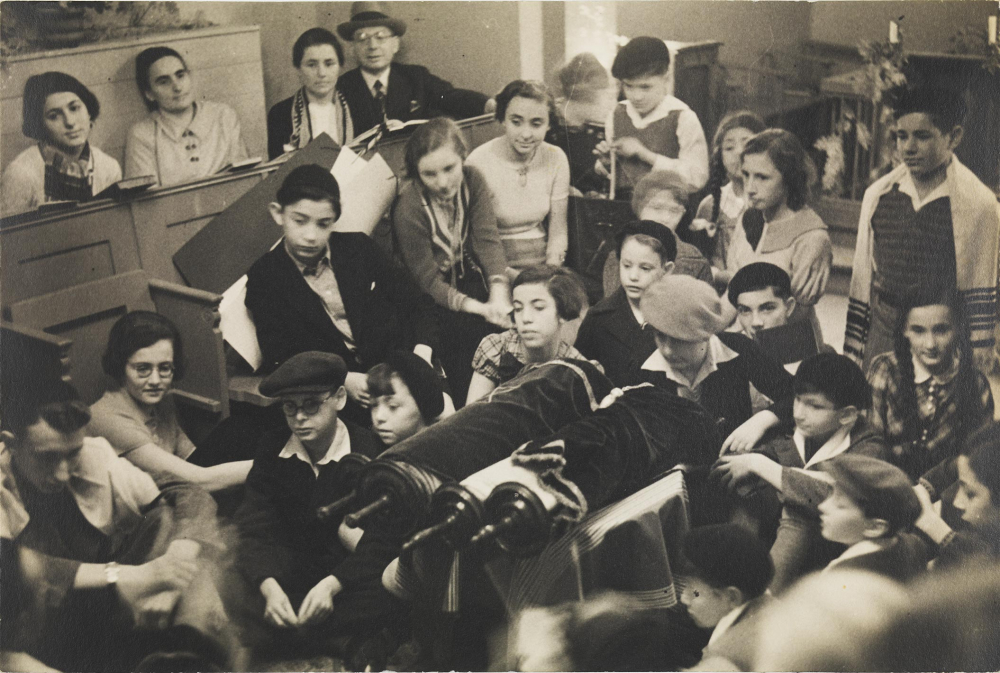 In summer 1934, a retreat center had been opened with a festive ceremony in Lehnitz. It soon became a popular conference venue for a variety of Jewish organizations, including the Jewish Women's League and the Reich Representation of Jews in Germany. In addition to recreational and educational activities for children and adults, Lehnitz offered a home economics course for girls. The center attached great importance to strengthening Jewish identity and observing the religion.

The Story of the Coal Cellar

When a place of worship was needed, a room in the basement was converted into a synagogue. In the "Story of the Coal Cellar," Dr. Ernst Simon describes how this came about: "We first threw out the coal, then the junk, and finally the ladders. … We ordered a holy ark, were given two Torah scrolls by the Berlin community, built a bimah, and purchased two ornate chairs and some elegant benches for the interior. And now a new site has emerged for Jewish services." 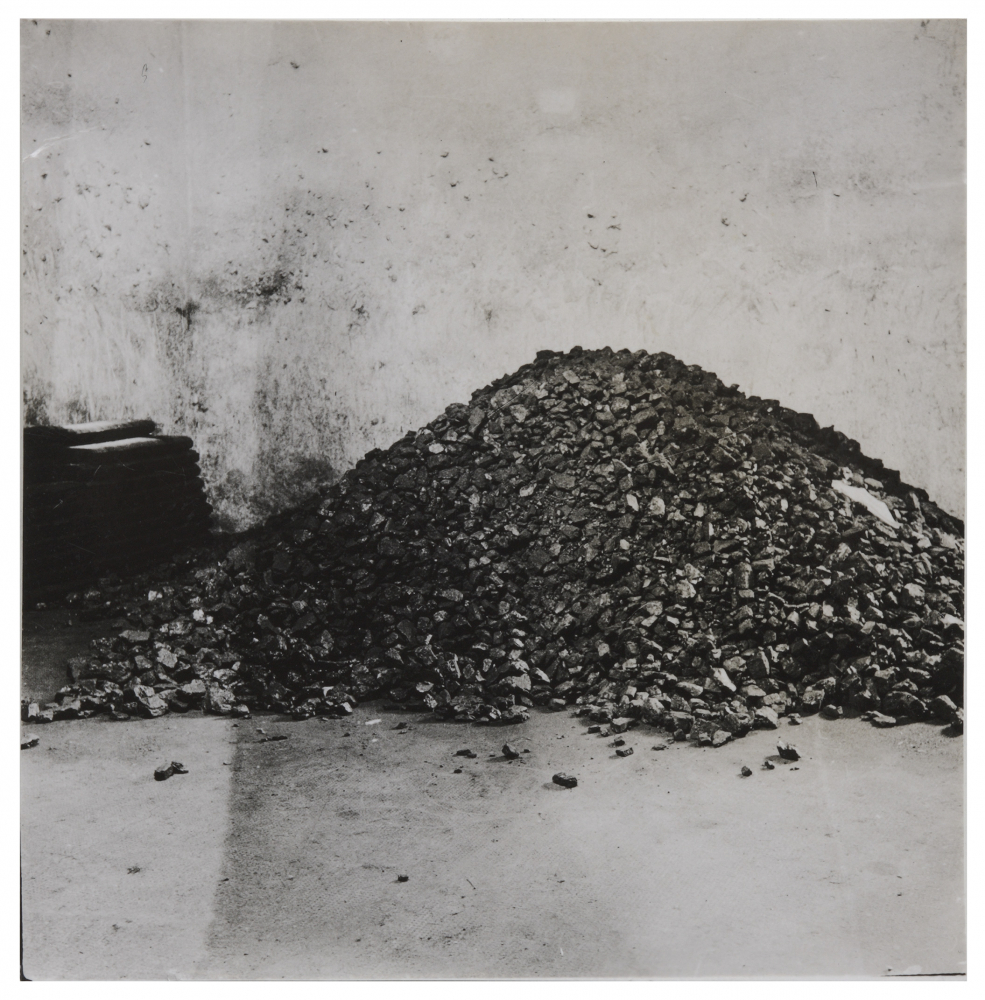 The coal cellar at the Jewish convalescent home in Lehnitz before it was converted into a synagogue; Jewish Museum Berlin, gift of Ernest J. Mann, born Ernst Glücksmann

The photo was taken between 1934 and 1938, before the retreat center was closed on 9 November 1938 after the November Pogrom. Frieda Glücksmann – shown second from the left in the last row – was the home's director. In difficult times, she managed to make Lehnitz a place of refuge where Jews could assert their identity and culture in a hostile environment. In 1938, Frieda Glücksman was able to emigrate to England, where she ran homes for Jewish refugee children. The papers of her estate, including numerous documents and photographs related to the history of the Lehnitz Retreat Center, are now part of our collection.

A synagogue is the center of a Jewish community, a place for prayer services, gatherings, and community learning.

The Torah is the first part of the three-part Hebrew Bible (Tanach). The Torah contains five books, which in the Christian tradition have been called the Five Books of Moses.

The almemor or bimah is the platform in a synagogue on which the Torah is read during prayer services.

Ernst Akiba Simon (b. 1899 in Berlin, d. 1988 in Jerusalem) was an Israeli religious philosopher, educator, and historian of German origin. 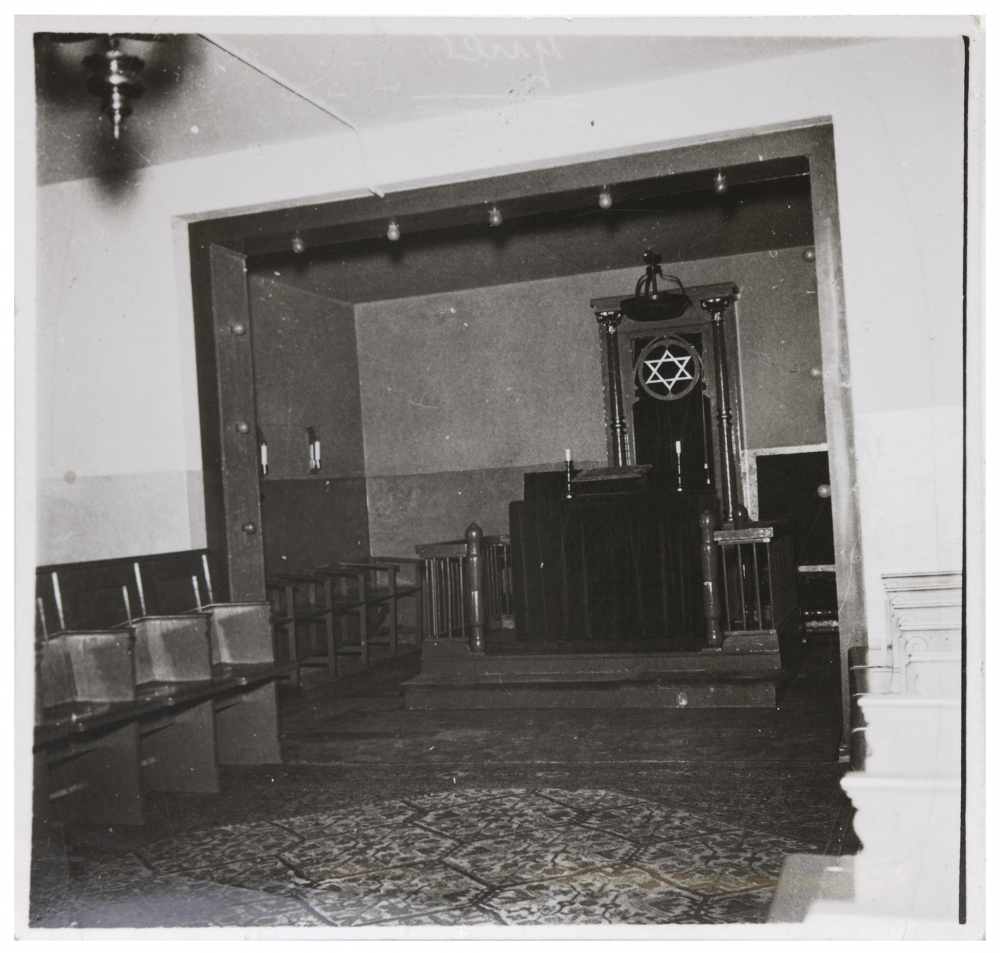 The synagogue of the Jewish convalescent home in Lehnitz from 1935 to 1938; Jewish Museum Berlin, gift of Ernest J. Mann, born Ernst Glücksmann