Memories of Bad Reichenhall: At the photo studio, three visitors to this Bavarian resort town gather around Berlin businessman Sally Israel, owner of the Kaufhaus des Westens department store on Kleiststrasse. The mountains behind them are just a painted backdrop, with a few rural props to match, but the guests make a perfect picture amidst the fake scenery. They have dressed up in folksy costumes with the basic trappings of alpine tradition.

With its wild romantic scenery, Bad Reichenhall was a popular resort from the mid-nineteenth century onward. It also found favor among Jewish seekers of rest and relaxation and offered synagogues and kosher restaurants. It was customary for these middle-class visitors, most of whom lived in cities, to pose for souvenir photos in the local costumes, even if these outfits were made expressly for this purpose or provided by the photographers. A favorite backdrop was a blue-and-white sky – a painting of one, that is. Sent as postcards to friends and relatives at home, the photos attested to a pleasant and restful stay.

In the early 1920s, clouds began to gather on this idyllic horizon. Bavarian spas were not exempt from the virulent antisemitism in Germany, which now targeted Jewish holidaymakers. As the years passed, more and more articles appeared in the Jewish press warning travelers to avoid Bavaria. In its publications, the Central Association of German Citizens of the Jewish Faith likewise alerted readers to antisemitism in specific towns. In 1931, Bad Reichenhall was added to the list of dangerous places to visit.

The Central Association of German Citizens of the Jewish Faith was founded in Berlin in 1893. It represented the majority of middle-class, liberal Jews in Germany and advocated for their equal rights in society. 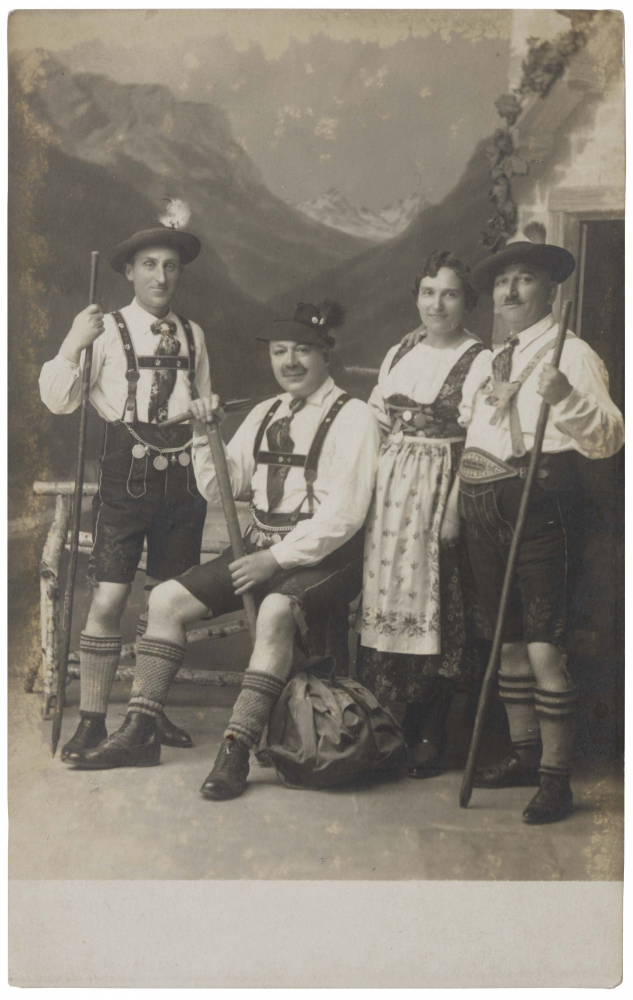