The vintage print Amor Skin is an example of early promotional photography. In the 1920s, advertisements and posters were still mainly sketched or painted. Photography was considered a factual and informative medium and was used for news and reports. It took surprisingly long to be discovered as an advertising medium.

This was a promotional photograph for Amor Skin cream, which was made by the Opoterapia company and sold in Berlin. Made with extracts of the subcutaneous tissue of young turtles, the cream promised younger-looking, smooth, rosy skin. It was sold exclusively in special jars shaped like the lamp pictured in the foreground.

Yva, a Master of Surreal Photography

The individual elements of the Amor Skin advertisement were merged into one image using multiple exposure, a technique that was typical of 1920s surreal photography. The advertising and fashion photographer Yva (Else Ernestine Neuländer, 1900–1942) was so skilled at this technique that she was able to expose her photographic plates up to seven times, producing unreal and dreamlike images.

Surrealism was a movement in literature, painting, film, and photography that emerged in Paris in the 1920s. 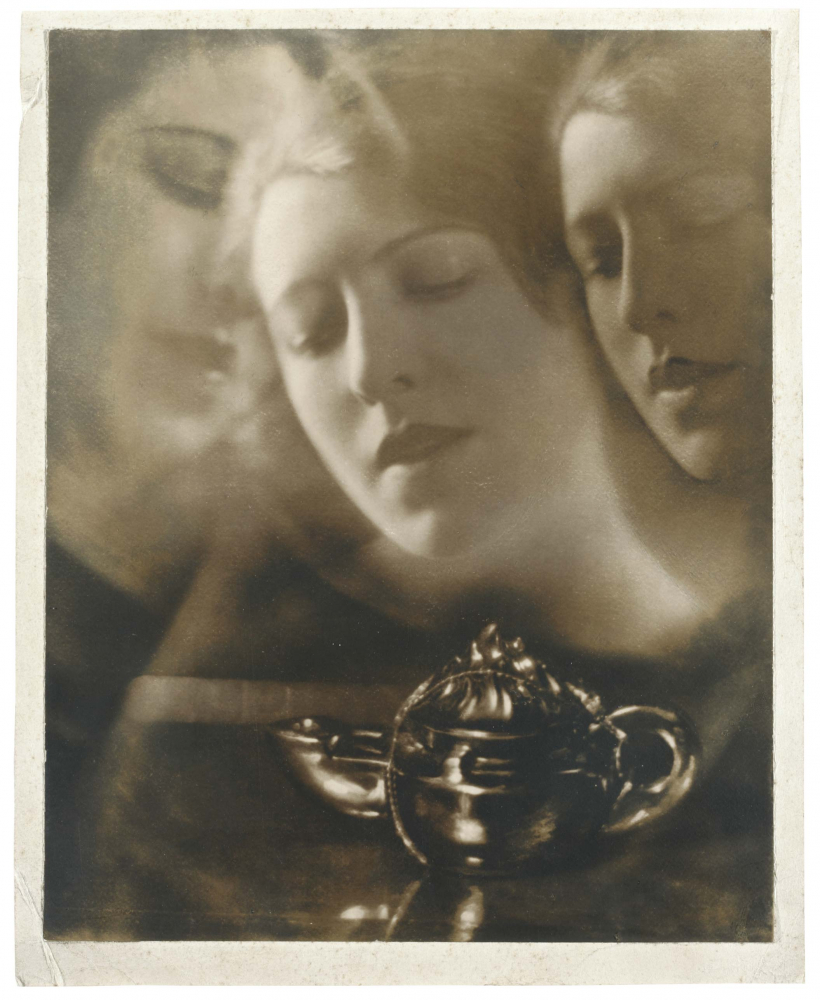 Advertisement brochure for Amor Skin by the cosmetic firm Opoterapia 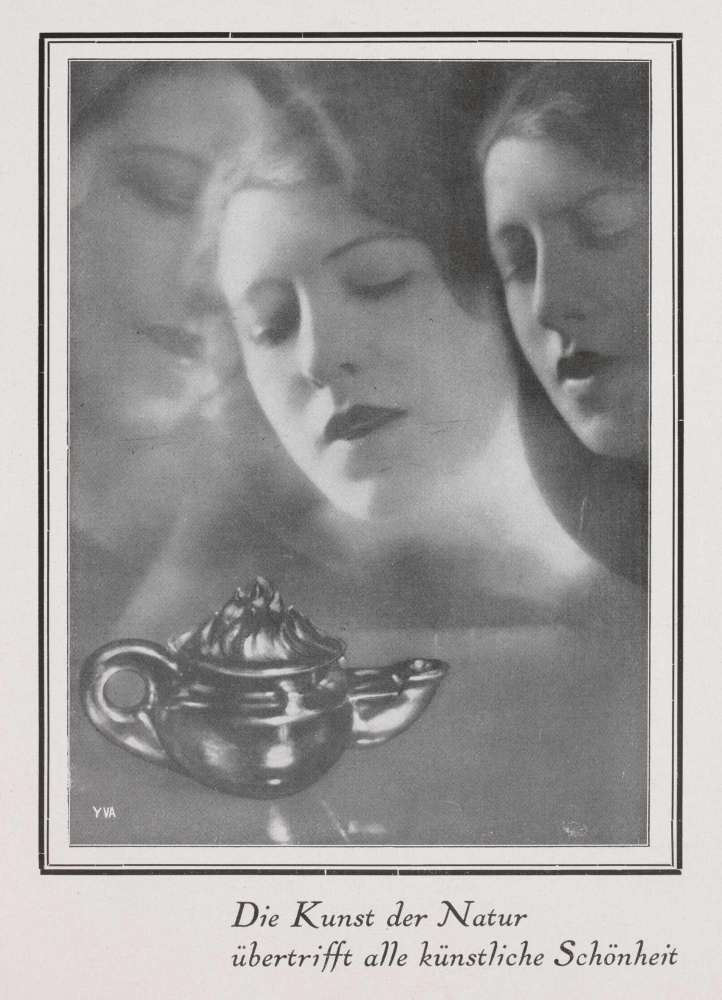 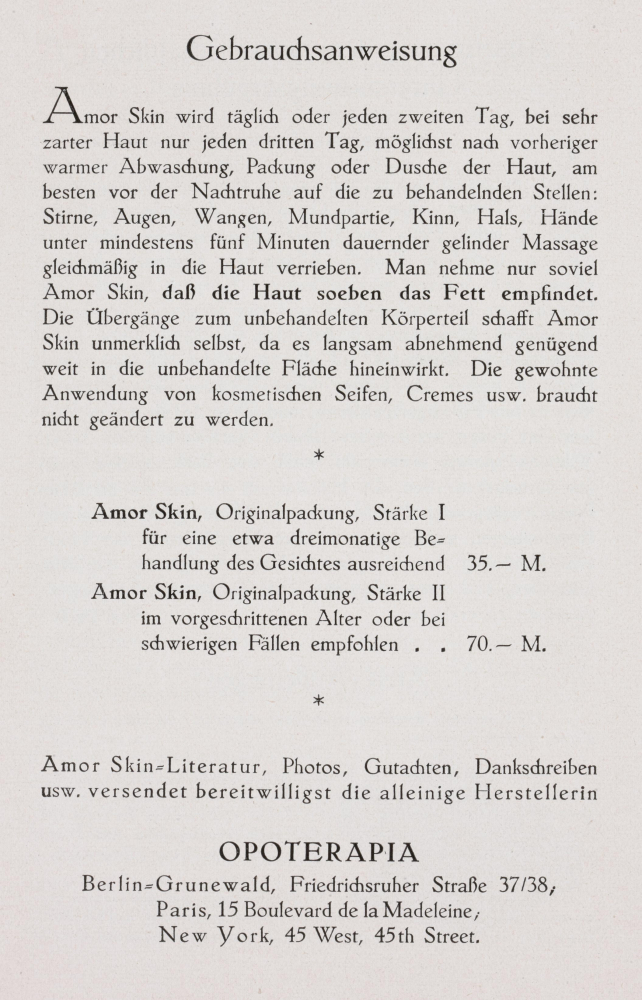 Pioneer of the German Avant Garde

In the 1920s and 1930s, Yva ran a flourishing studio in Berlin with several trainee employees, among them Helmut Newton. Her photographs were published in various well-known magazines and are still considered to have inspired the German avant-garde.

Yva, who grew up in an Jewish family, was forced to close her studio in 1938 due to the work prohibition (Arbeitsverbot) imposed by the Nazis. She then worked as an X-ray assistant in the Jewish hospital before she and her husband Alfred Hermann Simon were arrested, deported, and presumably murdered at Sobibor in 1942.