The Jewish Hospital and the Resumption of Community Life in Berlin

One year after the end of the Second World War, on 3 June 1946, the synagogue at the Jewish hospital on Iranische Strasse in the Berlin district of Wedding was rededicated. Torah scrolls were festively paraded around the synagogue and Rabbi Martin Riesenburger, Cantor Oscar Ruschin, and many dignitaries and Allied military representatives took part in the service. The photograph shows Erich Nelhans, then chair of the Jewish Community of Berlin, in the middle of the frame wearing glasses and a prayer shawl. 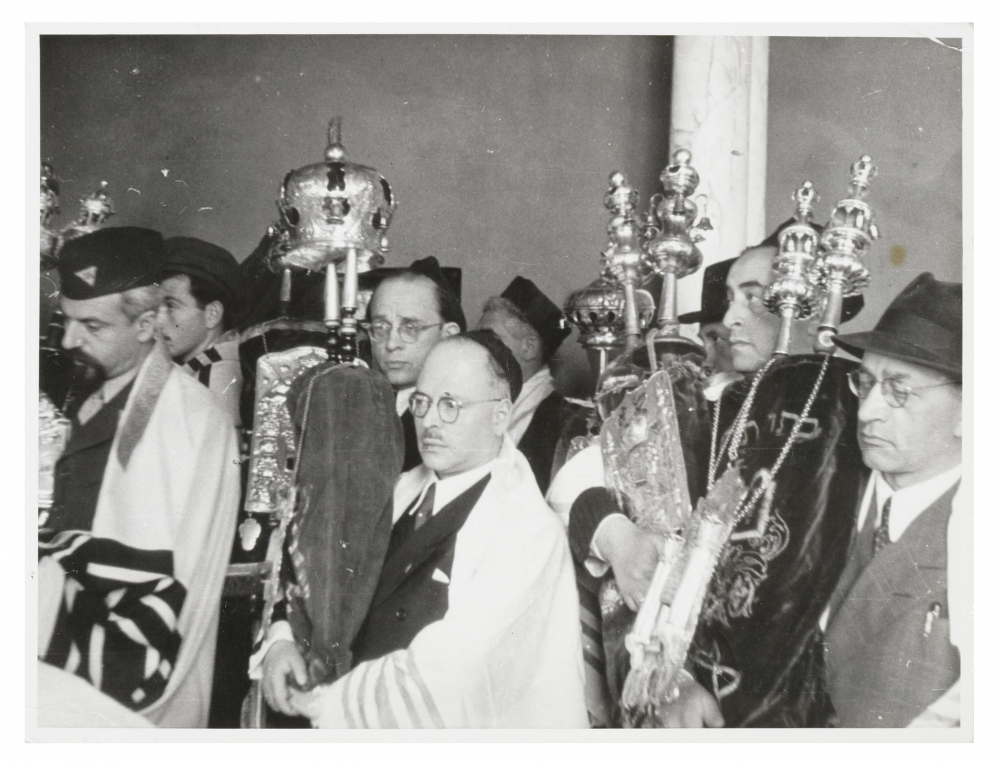 Rededication of the Synagogue at the Jewish Hospital; Jewish Museum Berlin, Gift of Klaus M. Zwilsky

In the period just after the war, the reawakening of Jewish community life in Berlin was a tentative affair, the future of Judaism in Germany being extremely uncertain. But gradually, the Jewish Hospital became the center of community work. Here, in the small hospital synagogue, a Soviet army rabbi had conducted one of the first prayer services in Berlin since the end of the war, on 11 May 1945.

This photograph is one of a large collection donated to the Jewish Museum by Klaus Zwilsky. The photograph also depicts his father Erich Zwilsky, second from the right. Erich Zwilsky had been a pharmacist at the Jewish Hospital since 1941 and was head of administration for a brief period after the war. He emigrated with his wife Ruth and son Klaus to the United States via Sweden in 1946. Our donor also had a personal connection to the synagogue: his bar mitzvah had been held there in July 1945, the first in postwar Berlin.

We have created an online exhibit about the bar mitzvah of Klaus Zwilsky in Berlin on 28 July 1945, in collaboration with Google Arts & Culture.

In Judaism, bar mitzvah (masculine) or bat mitzvah (feminine) refers to both the status of religious adulthood and the day/celebration when it begins. 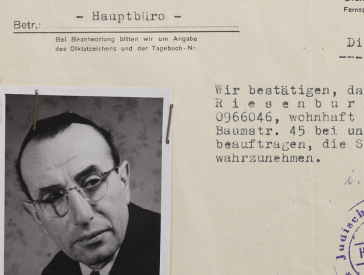 Rabbi Martin Riesenburger worked as a prison chaplain during the Cold War.