“We’re no longer guests, we belong.”

An interview with Elena Bashkirova

On 21 April 2018, the Glass Courtyard of the Jewish Museum Berlin hosted the seventh annual chamber music festival intonations, featuring Händel’s “Arrival of the Queen of Sheba.” Echoing our exhibition Welcome to Jerusalem, this year’s program featured pieces that highlight the sanctity of Jerusalem. Elena Bashkirova, artistic director of the festival, took a tour of the exhibition then spoke with us about the “holy city,” the founding of intonations in Berlin, and the music that will be presented in the festival in the coming days:

Ms. Bashkirova, today you saw the exhibition “Welcome to Jerusalem”. What is your relationship to the city?

Jerusalem has an aura all its own for me: the architecture of the city, its history, its residents, and its magical light. The exhibition at the Jewish Museum Berlin makes you feel as if you’re in the middle of the city. Although I’ve been to Jerusalem many times, I discovered many new details about the city. The exhibition makes you want more. I’ll definitely go see it a second time.

In 1998, you founded the “Jerusalem International Chamber Music Festival” in Jerusalem. Why did you decide to do it there? Didn’t you have stronger biographical connections to cities like Moscow or Berlin?

I made a very conscious decision to found the festival in Jerusalem. With the increasing religious restrictions, since 1998 more and more has died off in Jerusalem culturally. Many musicians and artists are moving to the more liberal Tel Aviv. By founding the festival, I wanted to set an example against this development, an example that persists to this day. 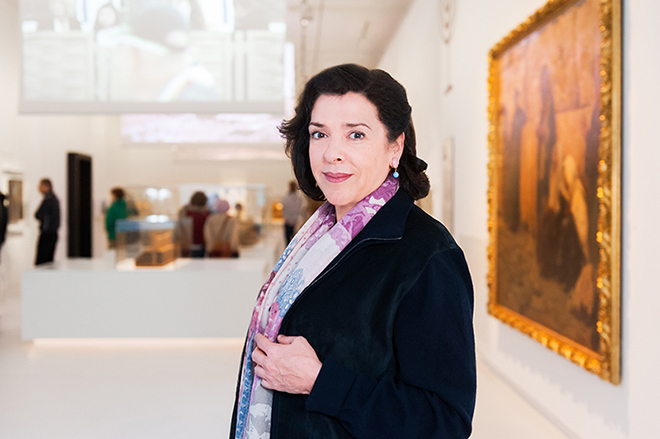 Since 2012, your chamber music festival “intonations” has also taken place at the Jewish Museum Berlin. In the past years, is there a particular memory from the festival that stands out in your mind?

There are many wonderful stories and experiences that happened on stage or behind the scenes, I can hardly pick one. But the thing that made the biggest impression on me is the tremendously positive response from the musicians and the audience. For this year’s festival, one couple is traveling from New Zealand again, in order to hear all six concerts. I think that’s just great. By now, intonations has become a recurring event, a permanent feature of the museum. It feels natural, a given. We’re no longer guests, we belong.

It’s a rarity to see you making music together with your husband Daniel Barenboim. How did it come about that you’re working together this time on intonations?

We’ve agreed to keep our private and professional lives separate. But at home, our work and music are nonetheless a constant topic of discussion. When I showed Daniel the program and the artists for this year’s festival, he looked at me and said: “And you didn’t invite me?” (laughing) And so of course I did, and I’m very pleased that he found the time to play a duet with me on the piano on Sunday. This will be the third time that he’s appeared at intonations.

As the director of the festival, what thematic focal points have you selected for the festival this year?

This year there are two main themes: One is First Viennese School of the eighteenth and nineteenth century. Along with compositions by the three most important representatives of this era, Joseph Haydn, Wolfgang Amadeus Mozart, and Ludwig van Beethoven, works by Franz Schubert, Johannes Brahms, and Gustav Mahler will also be performed. The other theme echoes the exhibition Welcome to Jerusalem, featuring pieces that focus on the city.

What highlights can the audience expect this year?

On the fifth day of the festival, 25 April, French chamber music enthusiasts will really get their money’s worth. That night, works by Darius Milhaud, Jean Marie Leclair, Guillaume Lekeu, Ernest Chausson, and Jean-Baptiste Barrière will be performed, and the Israeli shooting star Lahav Shani will perform twice on the piano. The next day, we’ll present one of my favorite pieces: Felix Mendelssohn Bartholdy’s string octet. As every year, it is the crowning conclusion of the festival. There is no other piece that spreads such good cheer and makes us look so positively toward the future. I’m very happy to say that the audience can hear Liza Ferschtman as first violin this year. It is her first time joining us.

The interview was conducted by Sylvia Winkler who, along with her mother, was eagerly anticipating the third day of the festival, and especially the string sextet “Souvenir de Florence” by Tchaikovsky. 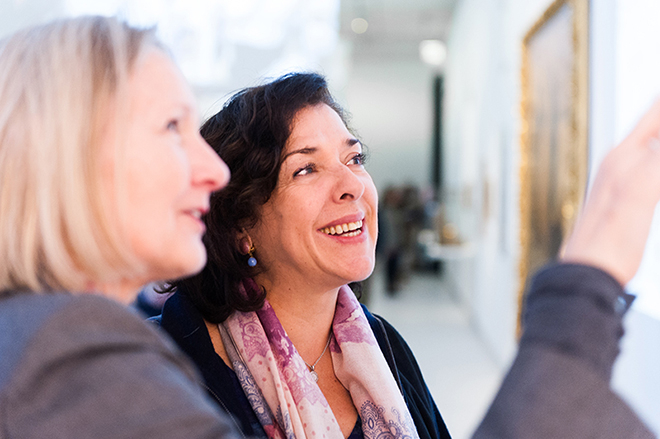 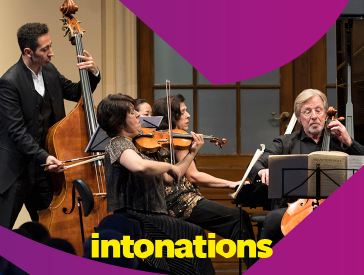 The festival headed by Elena Bashkirova was our guest at the Jewish Museum Berlin every year from 2012 to 2022.