Jerusalem for All the Senses

A “museum for everyone,” that is, accessible—that’s what we want to be and to become. The path to this goal is long and sometimes difficult, and it’s not always easy to determine the right direction. New approaches have to be developed, tested, and sometimes rejected. In addition, a wide variety of factors can make access difficult or even impossible for an individual. Sometimes language represents a barrier, sometimes architecture, sometimes the way things are presented, sometimes the topic or perspective, just to name a few.

This makes feedback from our visitors all the more important to us. Their criticism helps us to improve our existing offerings and to make them more accessible. Their praise motivates us to continue on the right path, even against the resistance that we sometimes unfortunately encounter. For this reason, among others, we were very pleased to receive permission to republish the following piece by Gerald Pirner, who was able to open new perspectives for many onto the exhibition Welcome to Jerusalem …

After the entry checkpoint comes the light well. It’s not just the seeing who experience light: an expanse opens acoustically, as if you were stepping out into the open, and yet remained in a closed space. But what kind of space: like over-sized branches, a structure of beams leads the eyes of the sighted across the big glass windows and up, as if you were stepping into an over-sized but airy Sukkah (a hut used to celebrate the Jewish holiday of Sukkot). And that’s what the architect Daniel Libeskind had in mind when he constructed the light well of the Jewish Museum, a place reminiscent of the sukkot of the Torah, the huts the Israelites used on their journey through the desert in the land of Canaan.

“Come, let us go up to Jerusalem “—following this verse from the Psalms, we climb the stairs into the old building of the Jewish Museum, to the exhibition, Welcome to Jerusalem. 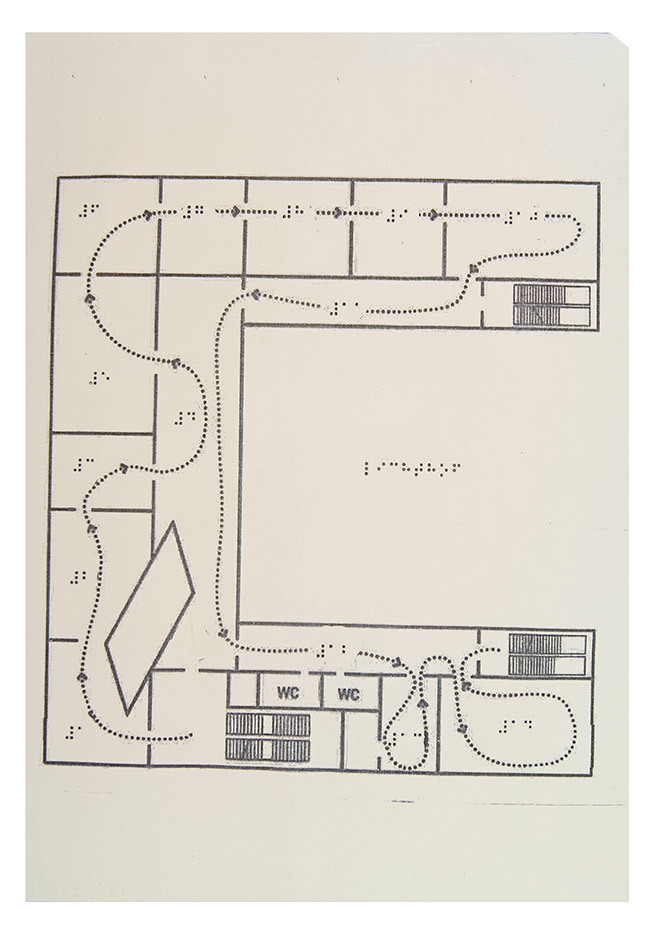 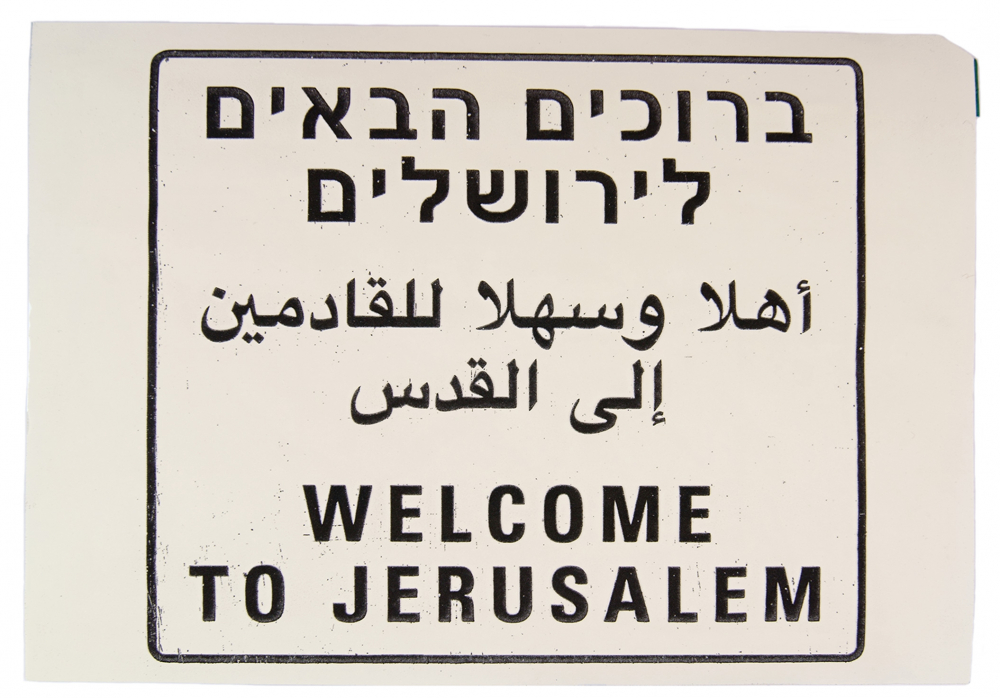 We are greeted by our museum guide Johannes Schwarz with a tactile sign that shows the city limits: “Welcome to Jerusalem” is there in the three languages that are the official languages in the Holy Land today—English, Hebrew, and Arabic—in raised print for us to feel.

This beginning is standard practice for Johannes Schwarz’s tours, but throughout the exhibition, he develops a tour of the city from the sound of Hebrew, one whose atmosphere above all draws on vividly recounted stories and his own experience of everyday life in Jerusalem.

Ranging across striking visual, acoustic, and tactile elements, the tour offers us an acoustic impression of the city’s chaotic traffic, as well as descriptions of smells and visual impressions of various districts of Jerusalem, such as the images on three large movie screens: “Here comes a tram, right at us,” says a sighted participant who has accompanied us on this tour that emphasizes the senses.

The tour focuses on the Jewish religion, which finds its first expression in songs for a Bar Mitzvah party at the Western Wall, emerging from the acoustic chaos that is the commotion on the streets. Several tactile models allow us to touch the destroyed Temple, the Dome of the Rock, as well as the Al-Aqsa Mosque and the Church of the Holy Sepulchre.

We hold various kippot (prayer caps) in our hands, embroidered with rather profane patterns, for example Lisa from the Simpsons. They’re followed by a tallit (prayer shawl) with tassels, known in Hebrew as tzitzit, attached at all four corners. When believers see them, they are reminded to obey the commands of the Lord, as can the blind when they touch them while wearing the prayer shawl, with the cords tapping against the body when it moves. 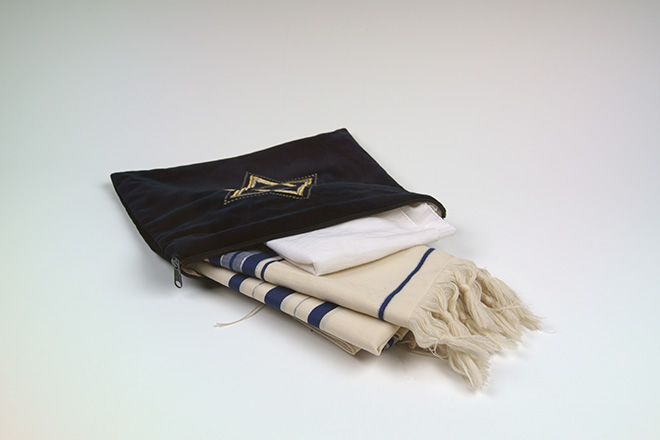 We also learn how Jerusalem has reflected the history of Christianity. Based on a tactile map from the fifteenth century that depicts Jerusalem as the center of the world, our guide explains how this history is reflected in a geographical depiction.

After ninety very entertaining minutes we follow our guide back down to the Sukkah, ninety minutes that not only awakened our curiosity, but above all gave us a wonderful taste of this very exciting city and the desire to actually visit it ourselves.

We would like to thank Gerald Pirner for kindly allowing us to republish the text. This text first appeared in the organization announcements of the Allgemeiner Blinden- und Sehbehindertenverein Berlin (General Association for the Blind and Vision Impaired Berlin) (German only).

The Jewish Museum contracted the blind culture mediator Jonas Hauer to design the tour. He also created the tactile materials for tour. Members of the ABSV Working Group for Culture and Leisure provided advisory support for the museum as it developed the tour format, and they trained museum employees.

Gerald Pirner is blind. He writes essays about art, music, and film, which he publishes regularly on his blog Texte zur Kunst (German only).

General Association for the Blind and Vision Impaired Berlin

Gerald Pirner (2019), Jerusalem for All the Senses. A tour for the blind and vision impaired through the exhibition “Welcome to Jerusalem” at the Jewish Museum Berlin.
URL: www.jmberlin.de/en/node/6447

More about the Jerusalem exhibition