The time before Passover always seems a bit chaotic to me. Jerusalem looks a little like a German city just before Christmas. Everyone has off work and is busy preparing for the holiday: there is a lot to buy for the seder evening, and many people buy new clothing to look sharp for the family dinner.

In homes and buildings across the city, rags, brooms, and vacuums flail frantically. This spring cleaning has a religious motivation:Everything that is made with wheat, rye, barley, and spelt is forbidden during the holiday. When they come into contact with water, these five types of grain are considered chametz, or “leavened.” Only unleavened food is allowed on Passover because when the Israelites were rushing to leave Egypt, they didn’t have time to let their bread rise.

That’s why at Passover, people clean so thoroughly that not a single crumb of chametz can be found. It’s a paradise for the gluten intolerant! The silverware and dishes used every day are locked in closets or banished to the basement. Instead, a holiday set is taken out. And so in a certain way, Passover has become a synonym for a big clean-up – to “do Passover” means something like “to clean thoroughly,” and, figuratively, “to do something thoroughly.” One of my earliest childhood memories is the big bonfire where bread and grain products tied up in bundles were burned.In Jerusalem and other cities in Israel, old clothing is gotten rid of and things that are no longer needed find their way to the trash.

Jerusalem’s social diversity brings a diversity of preparation rituals along with it. In Mea She’arim, just before the holiday you can see men boiling silverware in big pots in the middle of the street, making it kosher for Passover. In some parts of the city, children eat their meals in the stairwell to make sure that all that cleaning wasn’t for nothing. 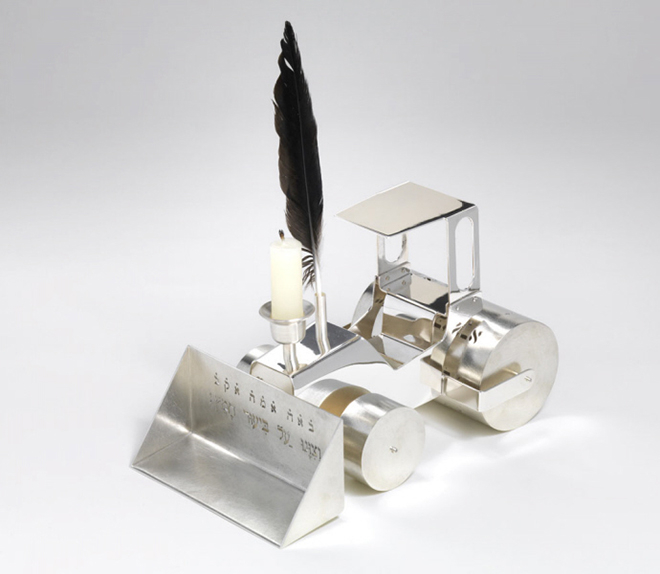 This miniature steamroller by the artist Avi Biran is put to work in the ritual search for leavened grain. If chametz is found in the house, it can literally make it flat as a pancake, Jerusalem 2008; Jewish Museum Berlin, photo: Jens Ziehe. You can find this and other objects related in our German-language collection database.

Similar to the question of whether public transportation can be used on Shabbat, in Jerusalem on Passover, the question of selling chametzis still unresolved. I can remember a police officer giving out fines to restaurant and café owners for selling chametz during the holiday. Every year, poorly informed tourists grow frustrated as they try in vain to buy a piece of bread in Jerusalem. The same goes for lazy students—they wake up on these days when no classes are held and stand in the supermarkets rubbing their eyes—the shelves are covered with plastic bags labeled “Chametz!” For better or worse, they have to make do with replacement products, or go shopping early enough that they can still eat pasta and bread at home. Of course, Muslims in Jerusalem are also affected by the Passover holiday. Luckily, those who observe Passover less strictly can still buy bread and other non-kosher products in their stores in the eastern part of the city.

After the storm comes the seder: all of the family members gather around a table. In Jerusalem, as in the rest of Israel, there are as many models for the course of the seder evening as there are preparations for it. On my mother’s side of the family, my grandfather always read the entire Haggadah from beginning to end in front of around 30 family members. The strong Yemeni melody in which he sang the text prevented my many cousins and I from understanding anything, boring us to tears. Only occasionally did he allow one of his two sons to read a few passages. My father’s family did things differently. Every literate family member could read from the Haggadah. The meal always included fish and meat, soup, and many other dishes.

Friends from Ashkenazi families have told me that gefilte fish, a special Passover dish, always causes strife among family members—either you love it or you hate it. In many Jewish circles it is not unusual that the Haggadah is only read in part, or that prayers are “tailored” to suit one’s beliefs. In intellectual circles in Jerusalem, there are also those who don’t want to read the Haggadah at the seder, and instead enjoy a dinner together reading theater plays aloud.

During her traineeship Dana Akrish worked for the exhibition “Welcome to Jerusalem.” 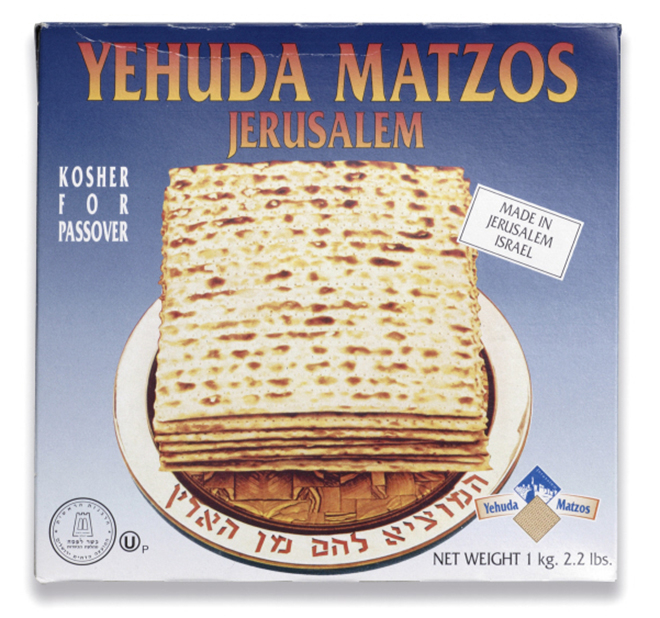 Mazzot “kosher for Passover”; Jewish Museum Berlin, photo: Jens Ziehe. You can find this and other objects related in our German-language collection database.