The Decree for the Protection of the People and the State, issued on 28 February 1933, laid the foundation for the arbitrary arrests in the Nazi period. It suspended nearly all fundamental rights and made persecution and incarceration possible.

In March 1933, the Nazis began setting up concentration camps throughout Germany so they could take Jews into “protective custody” (Schutzhaft). Closed factories, barracks, SA pubs, and prisons were used for this purpose. In contrast to the prisons administered by the judicial system, the people brought to these early concentrations camps could be held indefinitely and without trial.

Professor Erich Simenauer was a surgeon and psychoanalyst who worked at Urban Hospital in the Kreuzberg district of Berlin. On 1 April 1933, members of the SA arrested him at his workplace and took him to the SA prison in General-Pape-Strasse. He was assigned prisoner number 235, which was written on a registration slip he was required to carry with him at all times. 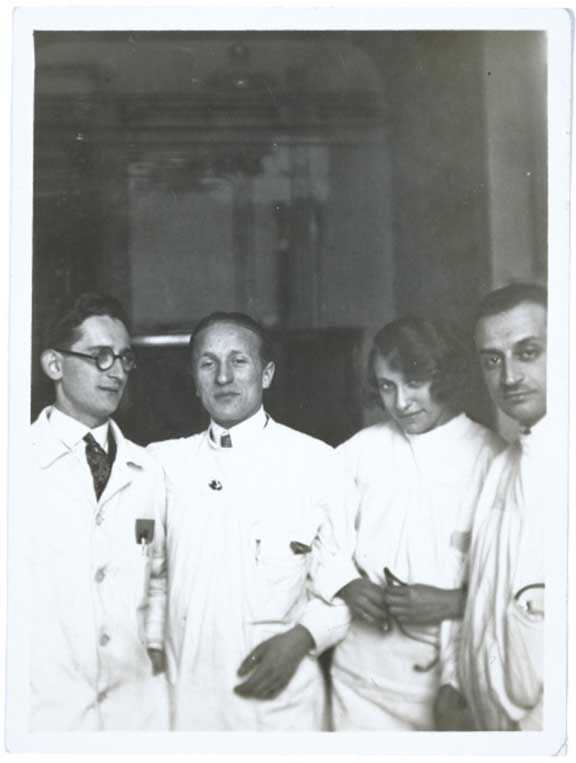 By chance, one of the SA men guarding Simenauer was a former patient. Just before Simenauer was arrested, he had removed the man’s appendix. Perhaps to show his gratitude, the SA guard wrote “Do not mistreat” on the back of the registration slip.

Back of the registration slip issued to Erich Simenauer (1901–1988) with the handwritten note “Do not mistreat,” Berlin, 1 April 1933; Jewish Museum Berlin, accession DOK 89/29/41, gift of Agnes Wergin, photo: Jens Ziehe

In an interview in the early 1980s, Simenauer recalled:

“People were beaten to death with clubs on both sides of me. It was horrible. If they had at least shot them – but they were bludgeoned to death! This note saved my life.”

Simenauer was released “temporarily” after spending four weeks in prison. In early summer 1933, he fled to Cyprus with his wife.

The unofficial concentration camp in the cellar of the barracks in General-Pape-Strasse existed until December 1933. The names of around five hundred prisoners are known. In addition to many distinguished Jews, they include members and functionaries of the Communist and Social Democratic Parties, as well as trade unionists and an unusually high number of women.