During the Weimar Republic, the Central Association of German Citizens of Jewish Faith documented numerous attacks on Jewish graves and cemeteries. Its statistical reports appeared in its journal, the C.V.-Zeitung, and a book published in 1932.

According to these statistics, between 1923 and 1932, graves were destroyed in 125 Jewish cemeteries throughout Germany, and well over 1,000 stones were overturned, defiled, or defaced with antisemitic slogans. The frequency of the attacks increased: in the first six months of 1932 alone, more graves were damaged than in all of 1931.

For the perpetrators, there was little risk of being caught because criminal investigations were rarely successful. When they were, the trail always led to ethno-nationalist or Nazi groups, even before 1933. As a rule, beginning in 1933, the Nazi regime did not punish the perpetrators, but took action against the people reporting on the attacks. As a result, it became impossible to gather and publish statistical information about cemetery destruction and other acts of violence in Germany, and the related efforts came to a halt.

The photos shown here come from a photo album compiled by Walter Roos, who grew up in the village of Brücken in the southwest part of what is today Rhineland-Palatinate. With its synagogue and Jewish cemetery, the village of Steinbach am Glan, which was about four kilometers away, was the focus of Jewish community life. Of the 79 Jews who were members of the village’s Jewish community in 1933, only 34 lived directly in Steinbach am Glan. Like the the Roos family, the others lived in neighboring villages.

The C.V.-Zeitung was a Jewish weekly magazine published in Germany between 1922 and 1938.
More on Wikipedia (in German)

Compact Memory is a digital resource made available by Frankfurt University Library and devoted to German-language Jewish periodicals. It contains almost all of the published issues of the C.V.-Zeitung.
C.V.-Zeitung in Compact Memory (in German)

Photographs from the album 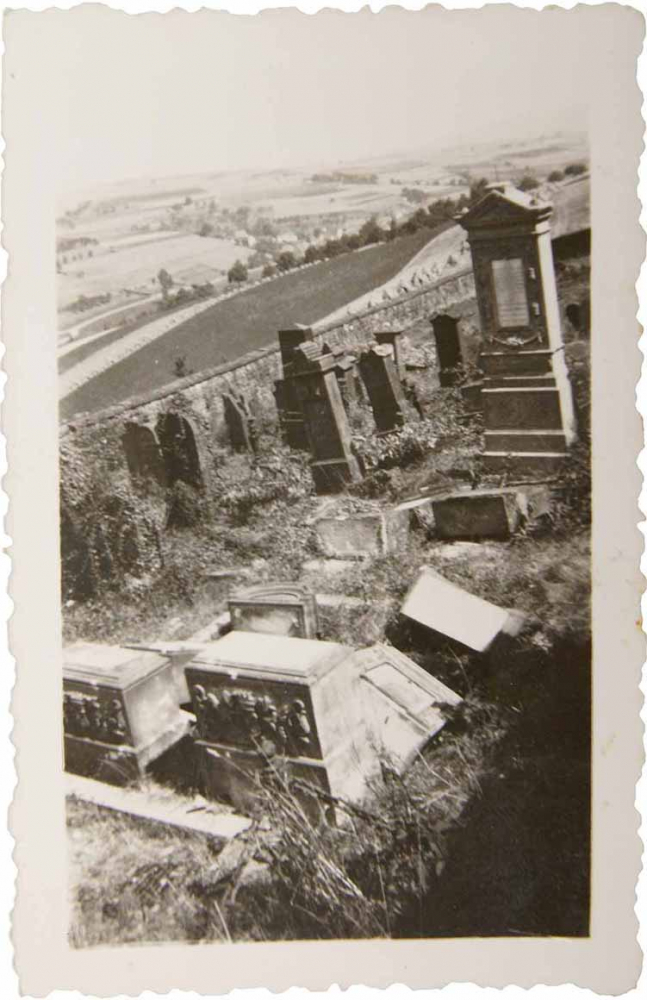 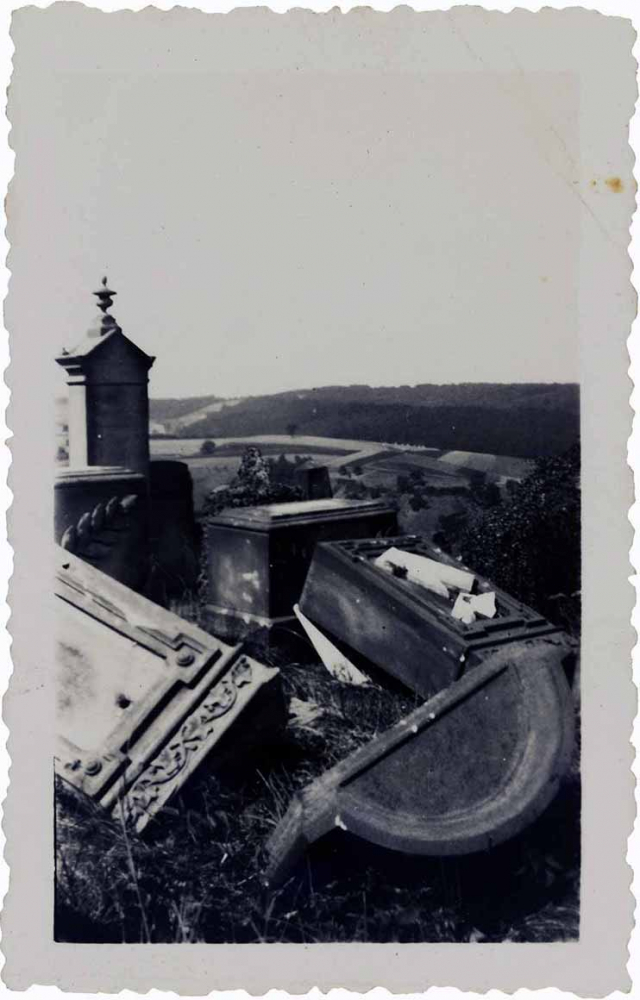 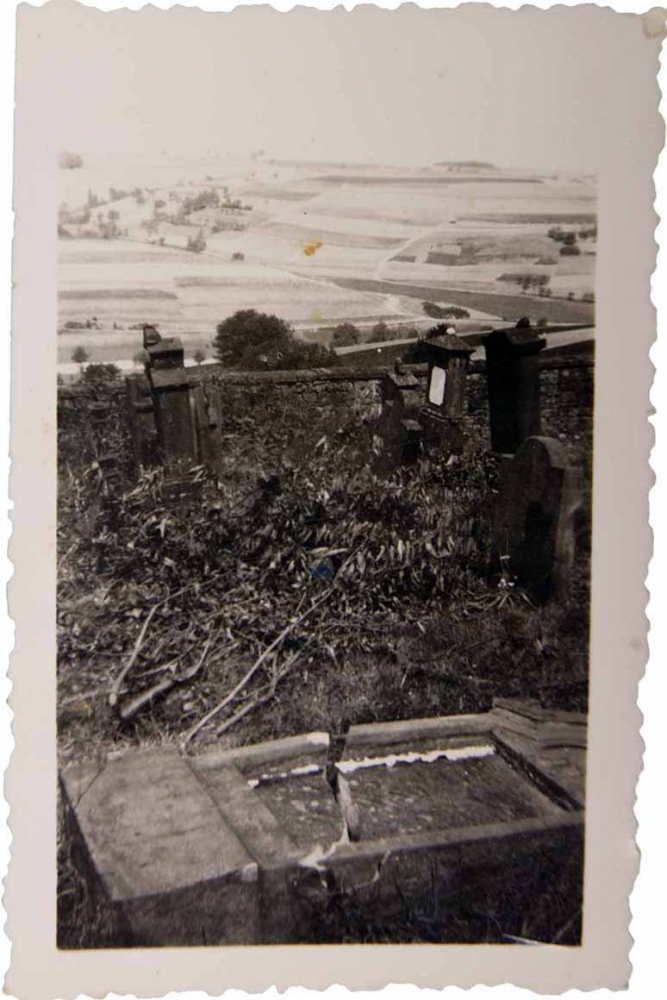 Amidst the family, school, and scouting photos, we find several images of the cemetery in Steinbach am Glan. In addition to the grave of Walter Roos’s father, Bernhard Roos, who died in 1928, the photos show many overturned and destroyed gravestones, which seventeen-year-old Walter Roos documented in 1934/35. Because he and his brothers managed to immigrate to the United States in May 1936, these photos have survived as proof of the destruction of the cemetery in this period.