In the days leading up to the boycott on 1 April 1933, many Jews in the Bavarian city of Regensburg were taken into “protective custody” (Schutzhaft), including the seventy-three-year-old factory owner Alfred Binswanger.

Binswanger’s estate contains a report he wrote in neat Sütterlin script a few days afterward. It describes the course of events, including the mass arrest of around 124 Jews on 30 March 1933. Binswanger was among those detained. He was not subjected to physical violence and was released the next day because of his poor health and advanced age.

One short passage in his account refers to the fate of a Jewish merchant in Straubing, around 45 kilometers away:

“In Straubing the Jewish merchant Selz was dragged from his bed early in the morning, taken to Bogen and shot there, his body mutilated. The NSDAP claimed that the crime had been committed by disguised communists.”

The murdered man was Otto Selz. 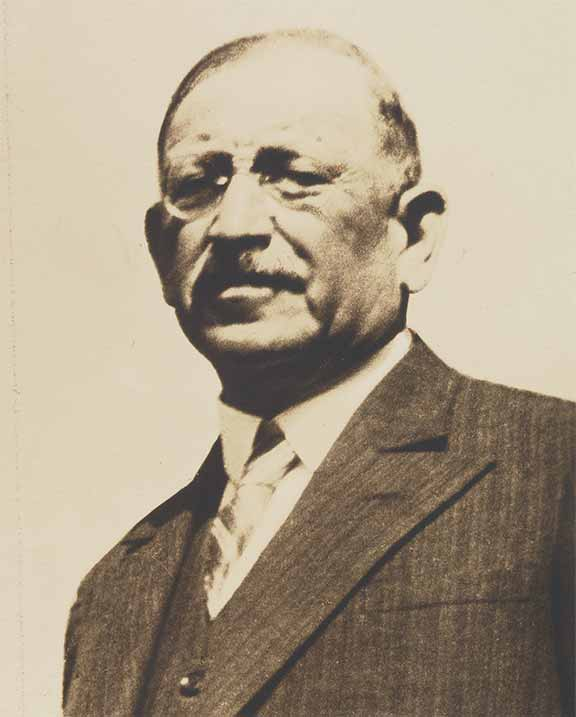 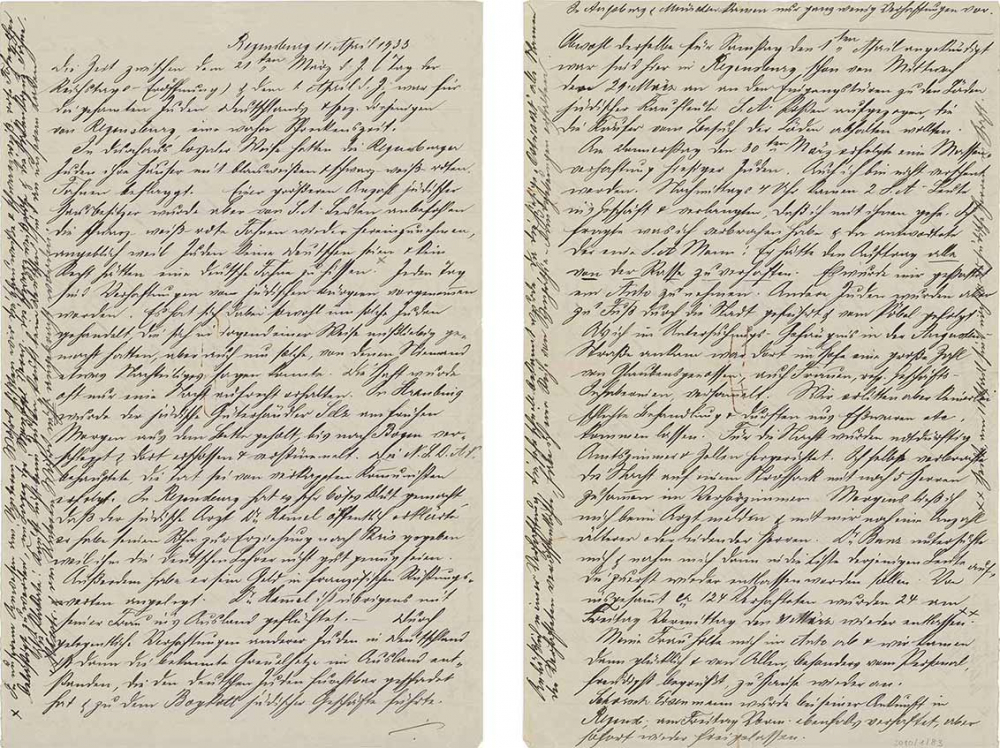 Otto Selz fought this slander and successfully sued the paper. In January 1933, the Regensburg Regional Court issued a temporary injunction against Julius Streicher, the Nazi leader of Franconia and publisher of Der Stürmer, as well as against three of his staff. All were prohibited from vilifying Otto Selz as a usurer and cheat. In addition, the court ordered the injunction to be printed verbatim in a prominent spot on the front page of the paper. This was done in February 1933.

A few weeks later, on 15 March 1933, Otto Selz was murdered. His body was discovered in a wooded area of the Dreifaltigkeitsberg, a mountain near Weng, but the investigation was quickly dropped and the perpetrators remained at large. 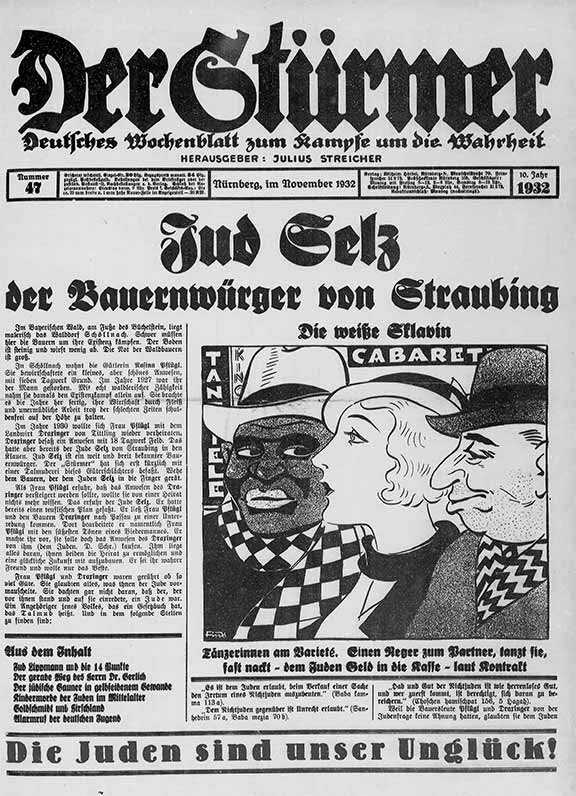 Cover of the antisemitic hate sheet Der Stürmer with the headline “Jew Selz, Strangler of Farmers from Straubing,” November 1932 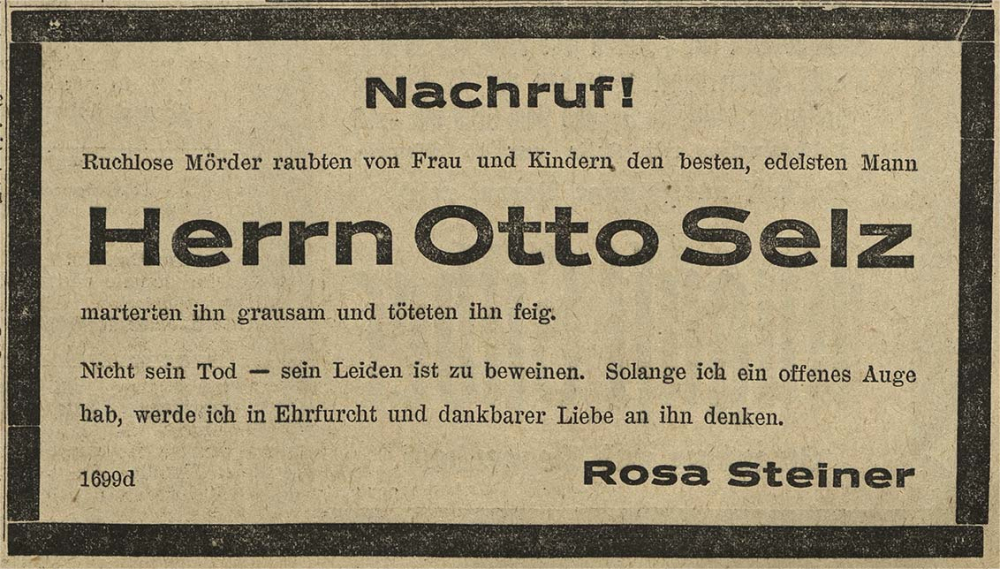 The Selz case was reopened after the war. Although the new investigations did not bring the criminals to justice, in 1961 the chief prosecutor’s office concluded:

“There can be no doubt that this crime was initiated and carried out by high officials of the NSDAP and that Selz was killed because he was Jewish and had incurred the hatred of Streicher’s ‘Stürmer.’”

It could not be determined whether Julius Streicher had personally commissioned Otto Selz’s murder or who had committed the crime.