Reading with Thomas Sparr on German-Jewish Jerusalem (in German, with Audio Recording)

Grunewald im Orient (Grunewald in the Orient) is the title of Thomas Sparr’s book about Jerusalem’s idyllically located district Rechavia, which became a center for German Jews from 1933 onwards.

Poets such as Else Lasker-Schüler and Gershom Scholem immigrated to this district, which was designed as a garden city in the 1920s. It reminded Mascha Kaléko of Berlin –she describes the atmosphere there as "almost like Dahlem" in a letter. However, everyday life in Rechavia was not always easy. The neighborhood was in the firing line of the long-divided city, and the past and present of the Shoah weighed heavily upon its inhabitants. At the same time, Rechavia was also an important place of German-Israeli rapprochement.

Thomas Sparr paints a vivid and moving picture of the district and its people, who created a lively German-Jewish microcosm. 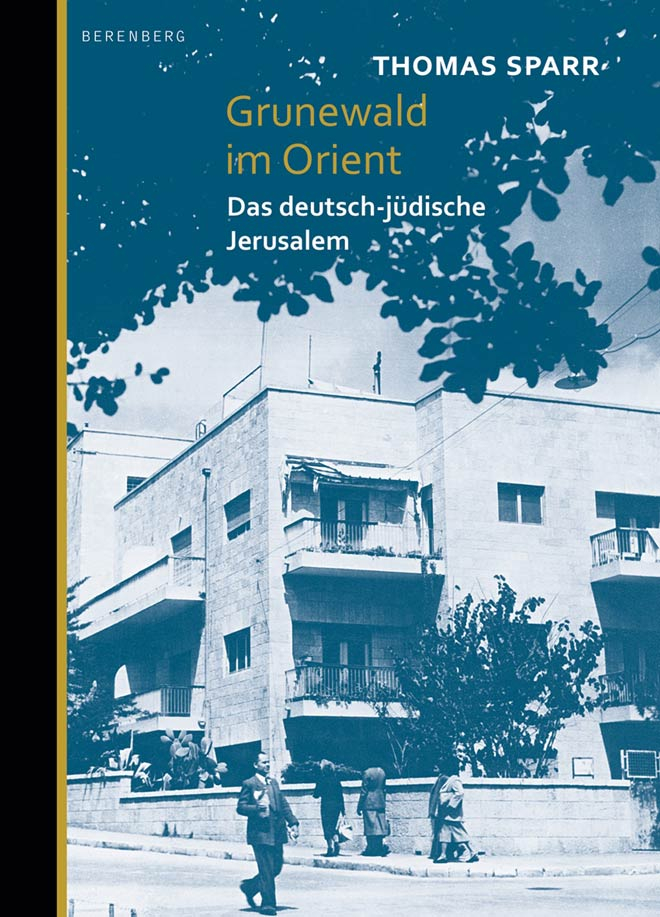 In the 1980s, Thomas Sparr himself lived in Jerusalem where he worked at the Hebrew University and the Leo Baeck Institute. From 1990 to 1998, he managed the Jewish Publishing House at Suhrkamp, from 1999 to 2004 he was the chief editor of Siedler Publishing House. Today he works as editor-at-large for Suhrkamp Publishers and as an author.

A cooperation with Berenberg Publishers.