A Challenge Trophy for the Best Rower of the Year

The member of the Oberspree Jewish rowing club who logged the most kilometers in the water over the course of a year was awarded a challenge trophy. 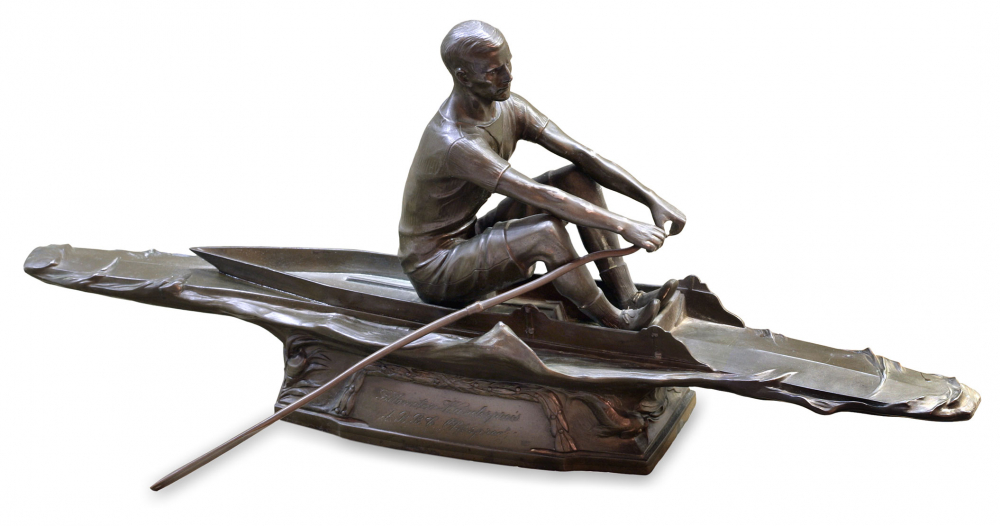 To determine the year's winner, the rowers kept a logbook in which they got someone impartial working at a restaurant, filling station, or shop to confirm their location at the furthest point of their rowing trip. In the mid-1930s, Fred Eisenberg won the distinction for three consecutive years, at which point the trophy, more than 50 centimeters long, became his private possession.

Fred Eisenberg worked at Nussbaum, a textile company in Berlin. He emigrated to join relatives in London in 1939 and served as a soldier in the British Army in the Second World War. After the war, he worked for a clothing company in Scotland. He married in Glasgow in 1948 and later emigrated to the USA. In 2006, he gave the challenge trophy along with his winner's certificates, photographs, and a BRC Oberspree boat flag to the Jewish Museum Berlin. Fred Eisenberg died in 2012, in Atlanta. 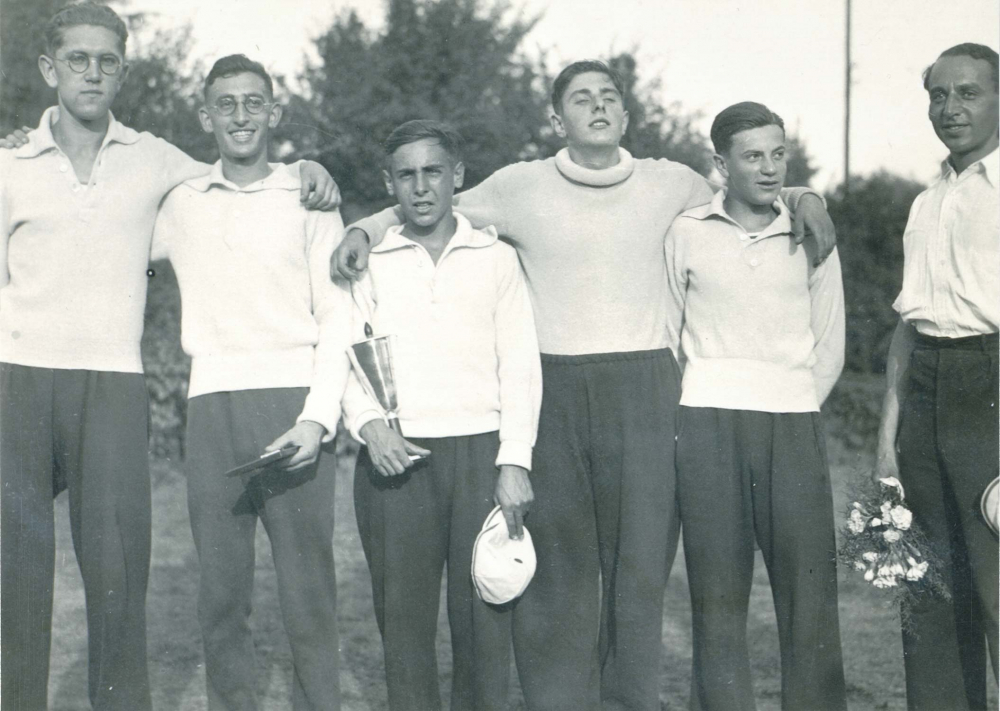