Keys without Locks: Remnants of Life before Emigration

Thirty-one keys – that's all that remains of the luggage the Sommerfelds took with them when they left Berlin. Like thousands of German Jews, Margot and Franz Sommerfeld were forced to emigrate because they saw no future for themselves or their twin sons, Günter and Peter (b. 1933), in Nazi Germany. Despite great difficulties and harassment by the authorities, they obtained the necessary papers and made preparations to give up their household. Their ship was scheduled to leave the port of Hamburg for New York City on 31 August 1939. 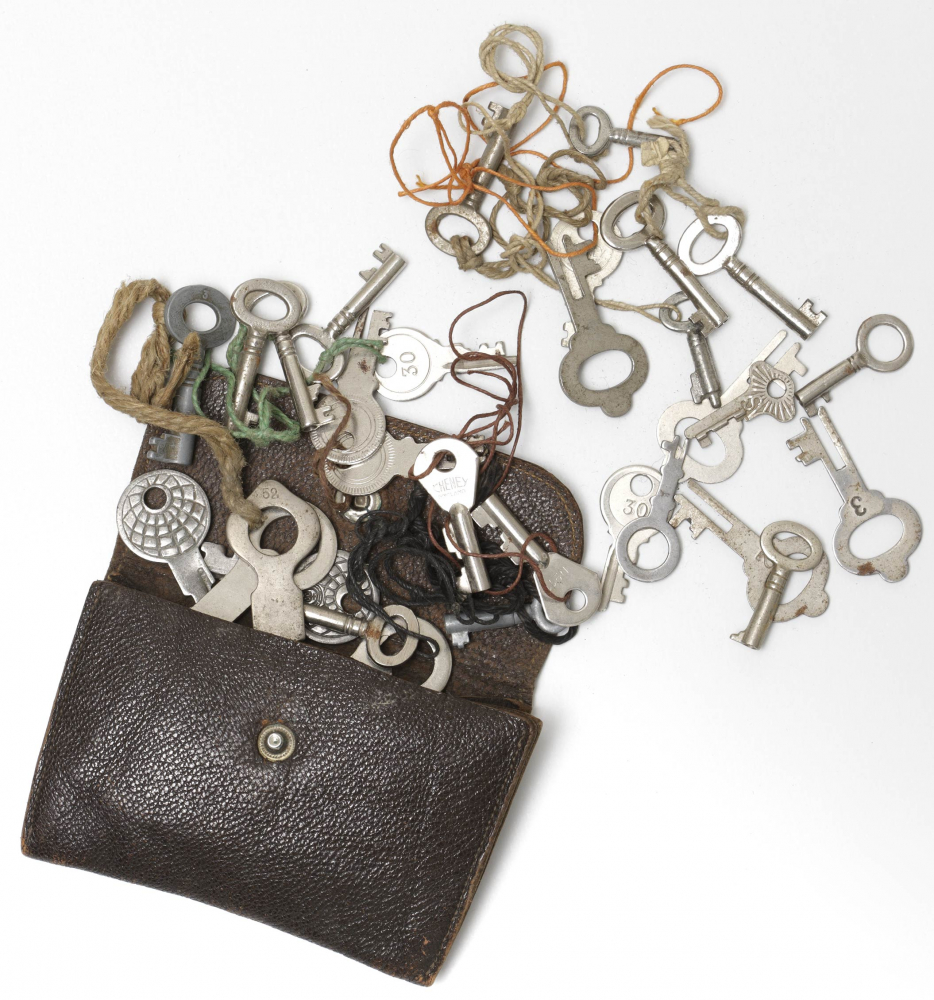 But a few days before departure, a relative who had heard a foreign radio show warned them that war was about to break out. Fearing they would be trapped in the country, the family decided at short notice to travel by train to the Netherlands with just the bare necessities in their hand luggage. They traveled by ship from the Hook of Holland to England.

The moving truck left Berlin with their luggage as planned. The contents were listed on the moving documents: every single object had to be carefully accounted for. The Sommerfelds kept these lists in their hand luggage, along with the keys to their suitcases and chests. But they never saw the shipped luggage again. It was confiscated by the Gestapo in Hamburg and later sold at auction.

The outbreak of war prevented the Sommerfelds from traveling on to New York City, and they stayed in London for the time being. When the war ended, the family was already so well established in England that they gave up plans to move onward to the United States. In 1948, they became naturalized citizens and eventually changed their last name to Summerfield.

The Secret Police (known by its German abbreviation Gestapo) was the political police during the Nazi period from 1933 to 1945. As a tool of the Nazi government, it wielded extensive powers for combating political opponents.