Shortly before being deported on 6 July 1942, Frieda Neuber gave this leather pouch to her niece Gerda Maison. The pouch contains drafts of letters by Frieda as well as letters and telegrams sent to her over a period of nearly three years. 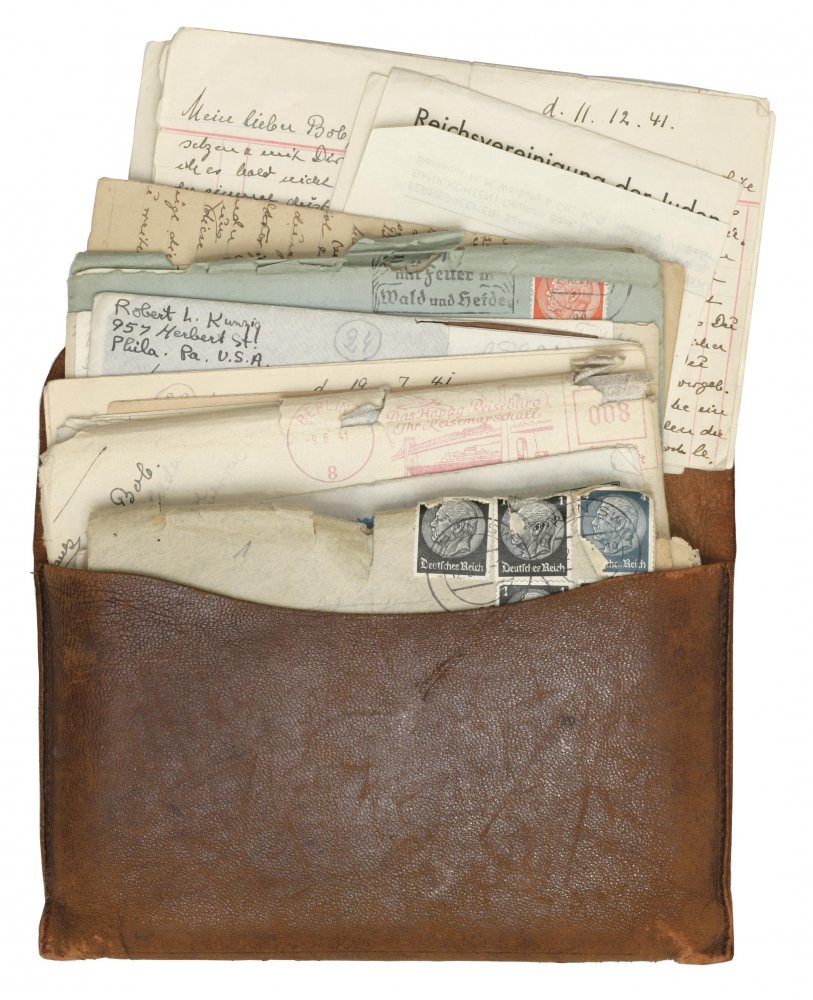 Most of them consist of correspondence between herself and Bob Kunzig, a young American law student. They had met during Frieda Neuber's three-year stay in Philadelphia. Bob tried to arrange the emigration of his Aunt Frieda to the US with money he had inherited from his grandmother. He obtained an affidavit and passage on a ship, and urged her to speak personally to the American Consulate. But Frieder Neuber was assigned such a high number on the waiting list for emigration to the US that she could not have emigrated for years. She was deported to Theresienstadt where she was killed along with her siblings Clara and Hermann.

Only Frieda's brother Robert Maison, Gerda's father, survived thanks to his non-Jewish wife. It didn't help in the least that all four siblings had been baptized at the St. Jacobi Protestant Church in Berlin on 12 October 1882. More than fifty years later, they were classified by the Nuremberg Race Laws as Volljuden (full-blood Jews). They were exposed, without recourse, to the Nazis' persecution. In her letters, Frieda Neuber describes her arduous daily life in Berlin – in a tone shifting between hope and deep disheartenment. 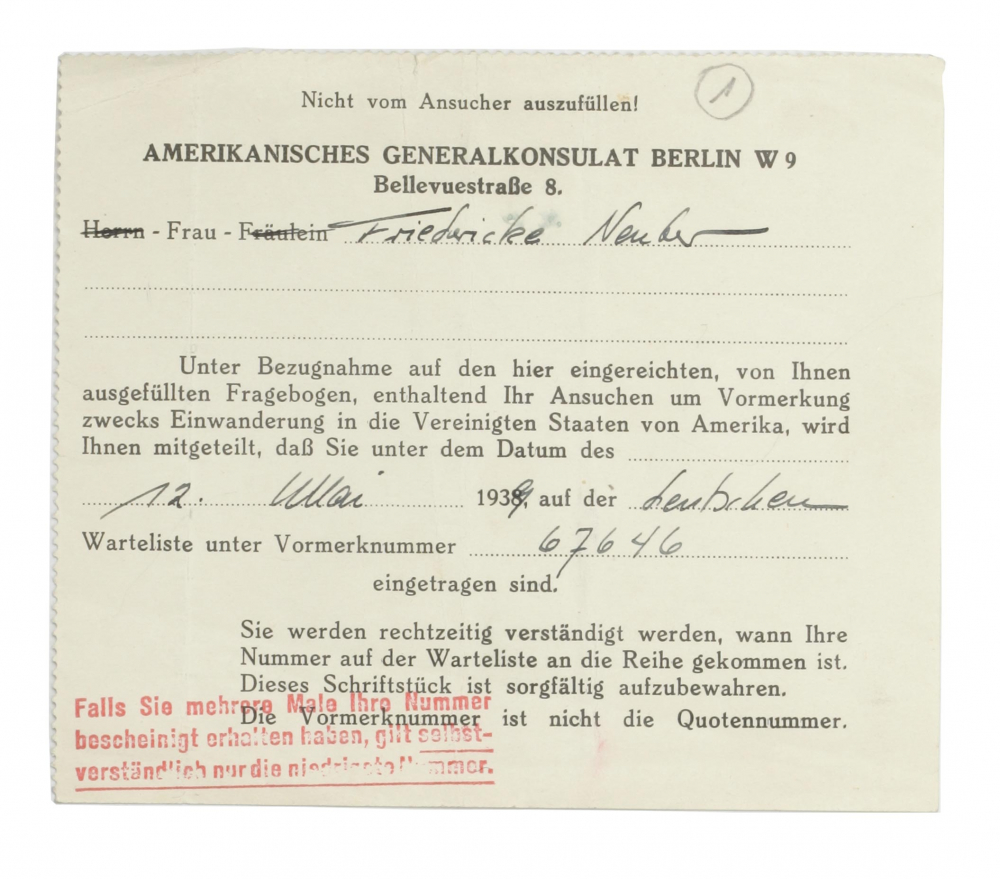 Document from the American Consulate addressed to Frieda Neuber with her waiting-list number for her immigration to the USA, Berlin 12 May 1939; Jewish Museum Berlin, Gift of Gerda Maison, photo: Jens Ziehe 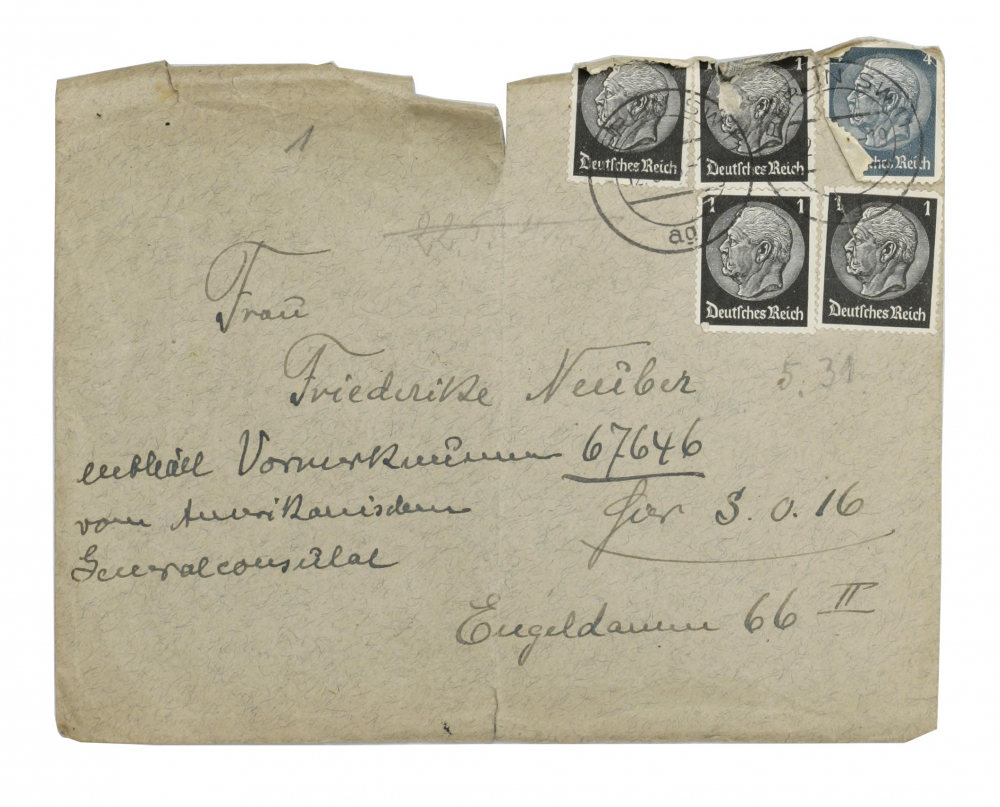 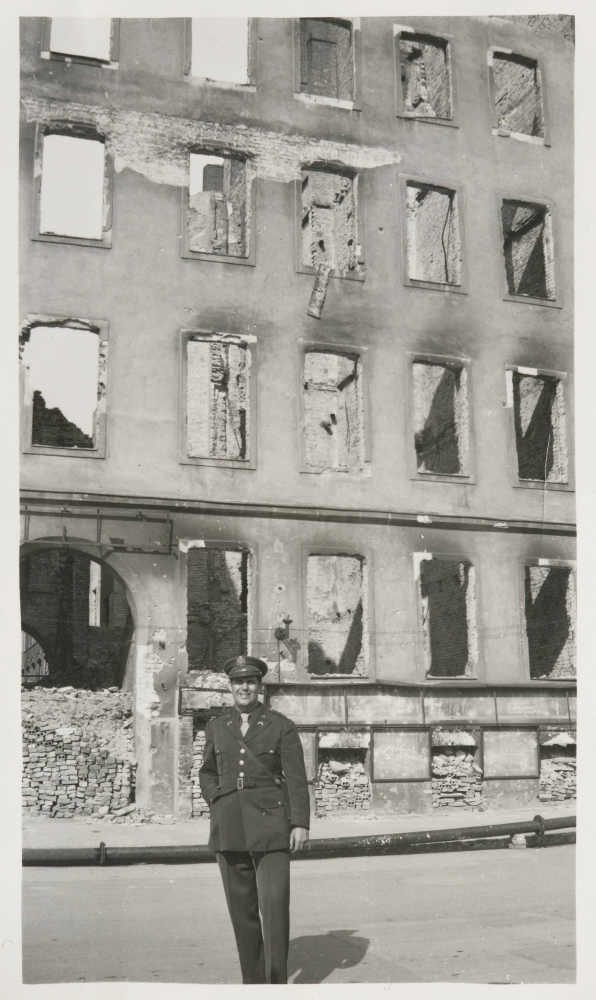 Bob Kunzig in April 1946 in front of the bombed apartment building on Engeldamm 66. Frieda Neuber and her brother lived here until she was deported; private possession and photo: Gerda Maison

Gerda Maison gave the leather pouch to the Jewish Museum Berlin sixty-five years after her aunt's deportation. Many of the family collections in our archive contain letters or messages from those who remained in Germany to their emigrated relatives. In very few cases, however, have the letters of both correspondents survived. In an interview from 30 October 2007, Gerda Maison, then 88, talked about what she lived through as a young woman. You can listen to audio clips from the interview here.

An affidavit is a statement of sponsorship that a citizen of the destination country provides for an immigrant.

The Theresienstadt concentration camp in German-occupied Czechoslovakia was a transit camp from 1941 to 1945, at first primarily for Czech Jews. After the Wannsee Conference of 1942, elderly and prominent Jews from Germany and other occupied European countries were deported to the camp. Nazi propaganda disguised Theresienstadt as an “old-age ghetto.” During a short period as an alleged “model Jewish settlement,” a number of foreign visitors were given tours of the camp.

The Nuremberg Laws were passed at the Nazi Party Convention in 1935. The two “race laws” (the Law for the Protection of German Blood and the Reich Citizenship Law) excluded Jews from Reich citizenship and treated them as foreigners by law. The laws also prohibited marriage and extramarital intercourse between Jews and non-Jews.

In an interview from 30 October 2007, Gerda Maison, then 88, talked about what she lived through as a young woman. You can listen to audio clips from the interview here.