In February 2002, workers renovating a house in Memmelsdorf, Lower Franconia, discovered a burlap sack when they opened up a section of the ceiling. It contained fragments of a prayer book, Jewish community regulations, personal letters, a notebook with writing exercises, a calendar, lottery tickets, and calling cards.

This unusual collection of objects, which date from the period 1770–1830, had apparently been rolled up with great care by the house's former owner, slipped into the sack, and hidden in the timber frame. Additional papers and objects were gradually extracted from the clay filling of the frame, including shoes, four tobacco pouches, and a bag for phylacteries. The house had been owned by Jews from 1775 to 1939, and the discovery was evidently a genizah.

A Ritual Burial for Religious Objects

The word genizah (pl. genizot) literally means "safekeeping." It usually refers to a room in which timeworn writings and religious objects were stored because they bore the name of God and could therefore not be simply discarded. In the past, many rural congregations in southern Germany deposited such writings and objects in the attics of their synagogues.

A Rare Find in a Private House

Fully forgotten by the communities themselves, a large number have been discovered in former synagogues over the last thirty years. By contrast, genizot found in private homes are much rarer. Our find in Memmelsdorf, which contains both religious and non-religious objects, provides a fragmentary yet fascinating glimpse into the lives of the house's former inhabitants. 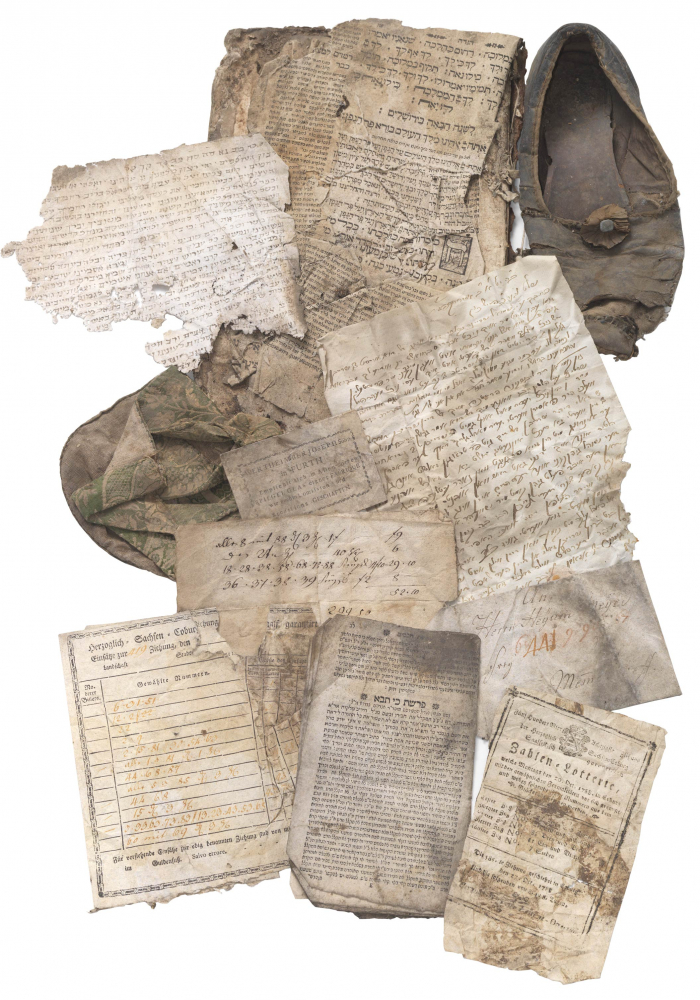