Martin Friedländer, a 29-year-old textile wholesaler from Berlin, hung this flag out of the window of his apartment at Linienstrasse 196 on 1 October 1935, the Jewish New Year festival of Rosh Hashanah, taking a bold stand against the racist Nuremberg Laws. 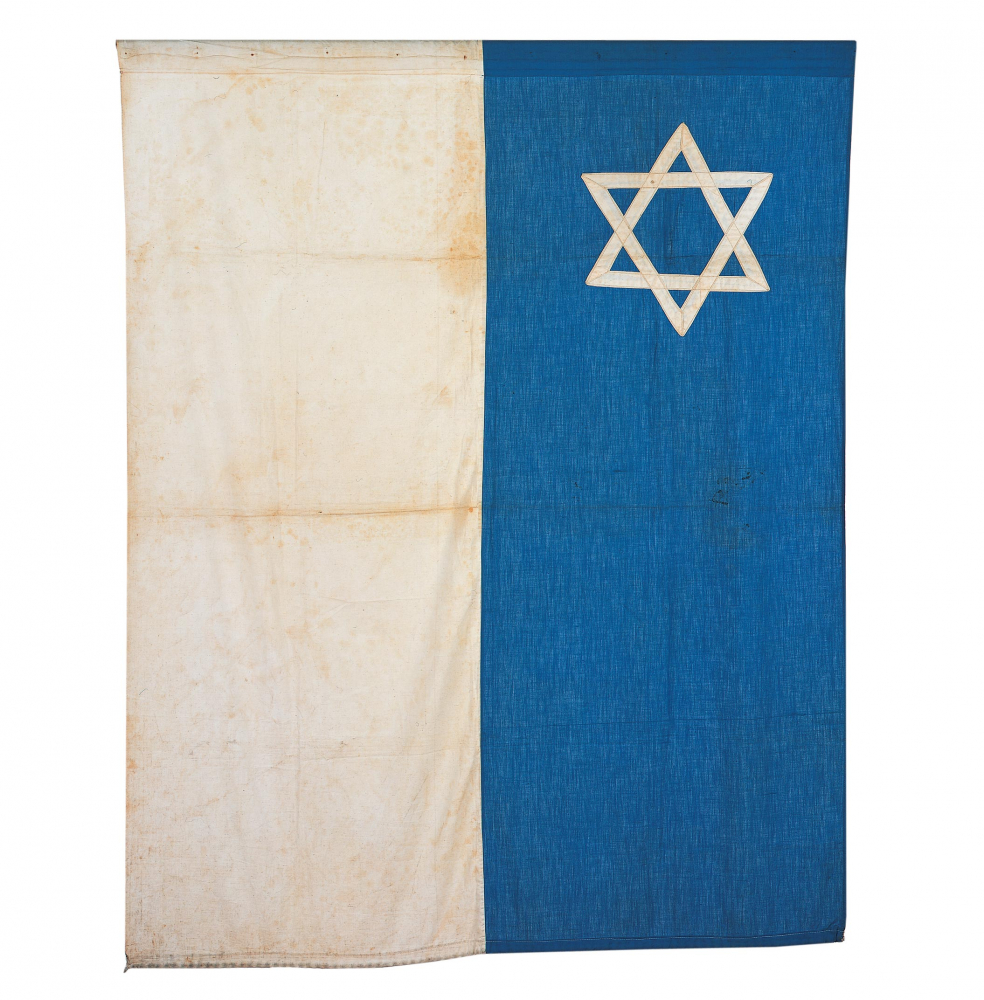 The Blue and White Flag, an Emblem of Resistance

The passing of the Nuremberg Laws on 15 September 1935 made Jews in Germany second-class citizens. One of their provisions forbade Jews from hoisting the Reich flag, whereas "displaying Jewish colors" was explicitly permitted. In protest, Martin Friedländer had a Star of David sewn on this blue and white flag. Blue and white were the traditional colors of Zionism, the Jewish national movement that aimed to establish a Jewish state.

Response in the Nazi Press

A photographer from the Nazi hate sheet Der Angriff took a picture of the house. The accompanying article commented derisively: "On this day, a Jewish holiday, the Jewish national flag was displayed for the first time at a house in northern Berlin. The colors are blue and white with a six-pointed star. This finally puts an end to the speculation on how the Jewish flag actually looks."

Martin Friedländer managed to emigrate to Australia in June 1939. His flag was in his luggage. In his new home country, he changed his name to Fried-Lander. He married an Australian and ran an import business with her until 1966. In 1980, Martin Fried-Lander donated the flag to the Jewish department of the Berlin Museum, the predecessor of the Jewish Museum Berlin.

The Nuremberg Laws were passed at the Nazi Party Convention in 1935. The two “race laws” (the Law for the Protection of German Blood and the Reich Citizenship Law) excluded Jews from Reich citizenship and treated them as foreigners by law. The laws also prohibited marriage and extramarital intercourse between Jews and non-Jews.

This Jewish national movement emerged in the late nineteenth century in Europe. It advocated Jewish settlement in Palestine with the goal of an independent Jewish state. The State of Israel was founded in 1948.