Before the priestly blessing is made in the synagogue, the hands of those making the blessing are ritually washed. 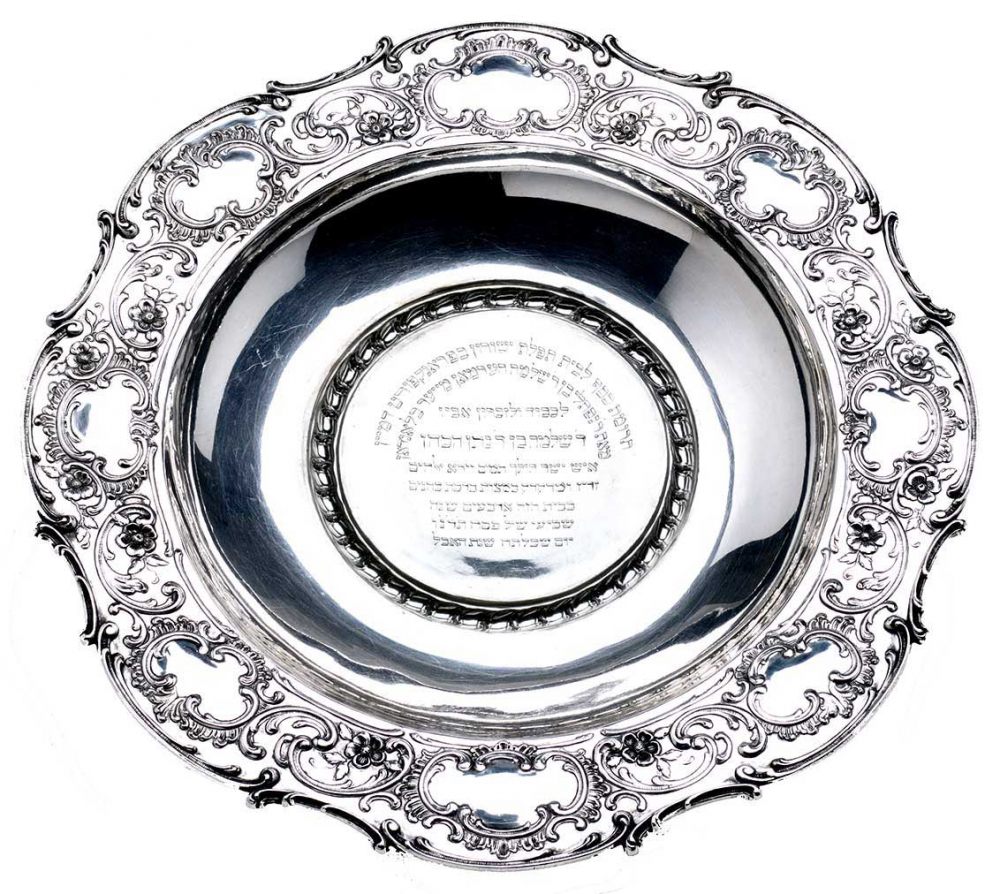 This ceremonial wash basin is from the synagogue of the Israelitische Religionsgesellschaft in Frankfurt am Main. It was donated by Hermann Meyer in 1896, in memory of his father, Salomon, who had died the previous year. The priestly benediction is taken from the Hebrew Bible (Numbers 6:24–26) and used in Jewish ritual and liturgy.

The blessing is traditionally recited in synagogues by the kohanim, descendants of Moses’ brother Aaron, who served as priests in the ancient Temple. Salomon Meyer performed this honorary task in the Frankfurt community for forty years. In most progressive communities today, this ritual is no longer practiced.

Further information on this object can be found in our online collections (in German).

Kohen (pl. kohanim) is the Hebrew word for “priest,” used in reference to the Aaronic priesthood.
More on Wikipedia